If red, orange and blue were the dominant colours of Ontario’s last political season, anything goes this time around.

Municipal elections project their professed neutrality with an array of bright and variably hewed campaign signs meant to signal the fact that local races do not fall along the same political party lines as provincial or federal contests.

But in the leadup to Ontario’s municipal elections on Monday, there have been dozens of examples of both direct and indirect endorsements from politicians of all stripes.

They range from overt statements of support to more subtle social media interactions that experts say can nonetheless be taken as signs of more prominent backing.

Such endorsements can be a double-edged sword, according to University of Ottawa political studies professor Genevieve Tellier. Unknown candidates can get some much-needed name recognition from a high-profile backer, but Prof. Tellier said those politicians also risk saddling fresh candidates with their own baggage when they speak up.

Despite the risks, Prof. Tellier said the lack of political parties in municipal races is precisely what can drive candidates to roll the dice and accept an endorsement.

Quite often, such endorsements play out entirely at the local level with established municipal leaders giving rookie candidates a boost as they try to breach a system that has historically favoured incumbents.

As Toronto school trustee Tiffany Ford campaigned to make the leap to city council, a tweet of support from left-leaning two-time councillor Kristyn Wong-Tam helped bolster Ms. Ford’s progressive brand and made it easier for her to stand out in a crowded field featuring two incumbents.

But even well-established players have proven willing to accept a stamp of approval from politicians usually seen on bigger stages.

Two competitors squaring off in an Ottawa ward have each inked a high-profile endorsement — one from Liberal Environment Minister Catherine McKenna, the other from Ontario NDP legislator Joel Harden.

When Linda Jeffrey tweeted out the names of politicians from all parties who came out to support her re-election bid for mayor of Brampton, Ont., she wound up securing another public booster.

Even perceived endorsements can make headlines, as recently demonstrated in a Hamilton riding where Eve Adams is seeking a council seat.

Ms. Adams, who served in both the Conservative and Liberal federal caucuses, recently drew criticism from some local residents when a campaign flyer tinted the orange shade usually associated with the NDP showed up bearing the name Andrea Horvath.

Andrea Horwath, the provincial NDP leader, issued a statement distancing herself from the campaign flyer, and Ms. Adams herself later clarified on Twitter that the woman cited on the campaign literature was her sister-in-law and a local resident. The NDP’s Ms. Horwath did eventually weigh in on the Hamilton election days later by issuing a statement of endorsement for Fred Eisenberger’s mayoral re-election bid.

While social media is often used to telegraph overt support for a candidate, experts said the medium also allows people to take less obvious stands that can still send clear messages.

Anatoliy Gruzd, director of research at Ryerson University’s Social Media Lab, said less visible actions such as follows, likes or shares can indicate a person’s preferred candidate even if they’re not accompanied by an explicit message of support.

Prof. Gruzd said celebrity boosts are well-documented drivers of social media engagement, but questions to what degree that holds true in the context of municipal politics.

“The question is, ‘Will it translate into actual votes,' " Prof. Gruzd said, noting that social media only reaches a small subsection of the target audience for most local campaigns. “It’s a really ongoing debate. The previous research shows that at the municipal level, social media played less of a role in terms of driving votes.”

Prof. Tellier suspects the low engagement levels in municipal affairs are exactly what make political endorsements appealing, adding they can simplify the decision-making process for an unmotivated electorate who may be disinclined to cast a ballot without a clear understanding of who’s on it.

“That’s a challenge — how to have people ... come out of their house and pay attention to what you say,” she said. “It may explain why people are looking for support of a high-profile person that we know has strong party lines. Because it gives, indirectly, this kind of recognition.” 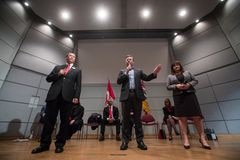 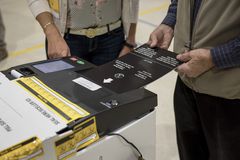