A vast array of scientific knowledge about Canada’s Arctic has been compiled by three of the country’s largest environmental organizations into an electronic document that tracks the story of humans, animals and marine ecosystems across the Far North.

Canada’s Arctic Marine Atlas, more than three years in the making, was released on Monday – two days before Group of Seven environment ministers are scheduled to meet in Halifax to discuss oceans, clean energy, global climate action and fisheries.

It paints a comprehensive picture of a region that is undergoing dramatic shifts as a result of climate change, providing policy-makers with information to set parameters for development and conservation. But it is also meant to foster a deeper understanding among all Canadians about what lies above the tree line.

“This is the first time that all of the existing peer-reviewed science [about the Canadian Arctic] has been organized,” said Louis Porta, vice-president of Oceans North, which took the lead in creating the atlas and published it jointly with Ducks Unlimited Canada and World Wildlife Fund Canada.

“It breaks down what’s known in a way that hasn’t been done before,” Mr. Porta said. “But it also presents information in down-to-earth language that everybody can understand. It provides a portal to accessing this information to anybody who wants to know more about the Arctic or to anybody who doesn’t know anything about the northern seas.”

Heavily illustrated with 77 original maps, as well as new photographic images and scientific illustrations, the atlas contains data about a wide range of topics, including the thickness of ice at various times of the year, Inuit settlement regions, ice travel and open-water shipping routes, the locations of mines and marine protected areas, ocean currents and the geography of the seabed.

Short on analysis and long on facts, it depicts the feeding, aggregating, calving and molting areas of animals such as the Arctic cod, snow goose, beluga and walrus. It explains the progress of global warming on water temperature in a place where the effects of climate change have been the most extreme. And it makes clear the gaps in current knowledge.

“It provides a great baseline for the next 10 years of science to look at how [conditions are] changing around sea ice, around ocean circulation, around the migration ranges of Arctic species and non-Arctic species,” Mr. Porta said. “So it provides a clear and dramatic framework by which you can assess how our planet is changing, not in an abstract way but in a very specific way.”

The atlas, and the aggregate data used to create it, will be provided free of charge to anyone who requests it. The environmentalist groups say they hope it will become an important resource for schools and libraries.

The document is intended to be used as a planning tool for G7 politicians, Mr. Porta said. It will help them decide where conservation initiatives are necessary, where scientific initiatives are warranted, where action on microplastics will have the the most impact and where private capital and resource development could be most successful.

It could also help Indigenous communities by providing information they need to move forward on land claims.

Paul Crowley, the vice-president of the Arctic program for World Wildlife Fund Canada, said knowing about the Arctic will create more appreciation for the region and intensify the desire to protect it.

“The Arctic is not a barren wasteland, and when you look at this, it really brings together the human elements, the wildlife, the food webs,” Mr. Crowley said. “People already care about the Arctic, but this makes it more tangible by bringing this information into one place.”

Mr. Porta agrees. “It’s helpful to ensure that, as people continue to look to the North from whatever perspective," he said, "they understand that it’s not a wild frontier where we don’t know anything, where nobody lives.” 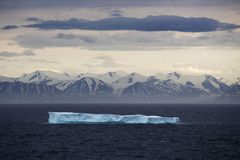 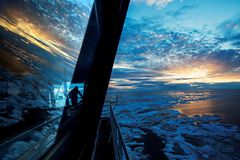 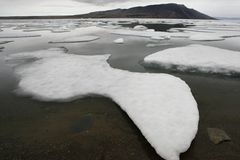