The use of episiotomies has been declining for years, but the controversial procedure during childbirth may help more than it harms in certain deliveries, a new study suggests.

Invasive episiotomy procedures have been found to have little medical benefit when performed during births without instrumentation. This has led to a significant reduction in the practice over the past two decades. “It’s been a triumph for women’s health,” said Giulia Muraca, who co-authored the study.

The problem, according to the study authors, is that episiotomies are becoming less frequent in all types of vaginal births, including those aided by forceps.

“The downside of this is that it’s kind of creeped into these deliveries with the assistance of instruments, and our research is showing that that is to the detriment of women’s health," said Dr. Muraca, a postdoctoral fellow at the reproductive epidemiology clinic of the Karolinska Institute in Sweden and the department of obstetrics and gynecology at the University of British Columbia.

Researchers studied all vaginal deliveries with gestation periods lasting between 37 and 41 weeks in Canada between 2004 and 2017. The study did not include data from Quebec and only included deliveries where a single baby was delivered.

The study also showed that two-thirds of women who had never given birth to a baby vaginally before did not receive episiotomies during deliveries involving the use of forceps.

That statistic is alarming, said John Kingdom, a staff obstetrician at Mount Sinai Hospital in Toronto who was not involved in the study.

“You really should never do a forceps delivery without an episiotomy," said Dr. Kingdom. “That’s precisely why episiotomy was invented.”

He added that, if done properly, the procedure of a forceps delivery compounded with an episiotomy should not result in any lasting injury.

Data from the study show that forceps deliveries make up about one-quarter of all operative vaginal deliveries in Canada.

The Society of Obstetricians and Gynaecologists of Canada recommends that episiotomies be used “restrictively” during operative vaginal deliveries, according to the most recent edition of their clinical practice guideline.

“The guidelines around episiotomy and the use of instruments in vaginal delivery need to be more receptive of the current evidence," Dr. Muraca said. “My prescription would be that the SOGC guidelines reflect the evidence and not be up to interpretation.”

However, Dr. Kingdom said the guideline is grounded in practical clinical experience and is clear on when to use episiotomies during operative vaginal deliveries.

“[The SOGC guideline] states clearly that forceps are an acceptable, safe choice for delivery of a baby, and should be done with an episiotomy,” said Dr. Kingdom.

The guideline states that the decision to perform episiotomies “must be made by the treating clinician.”

In an e-mailed statement, SOGC chief executive officer Jennifer Blake said her organization reviews its guidelines “when new research is available, but there may be many reasons and many possible recommendations.”

Dr. Blake added that the SOGC has not yet seen the study and therefore could not “properly comment.”

“It’s always been dismissed or explained away as a natural side effect of childbirth," said Dr. Muraca. "It’s my mission to make this not a necessary part of childbirth.” 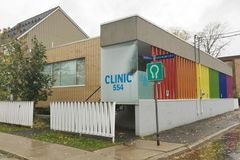 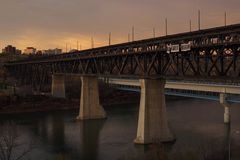 Opinion
There are more doctors that are women, but gender equity remains elusive Subscriber content
October 7, 2019 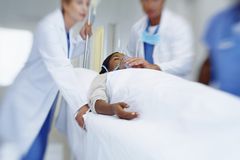