It often takes years for women and girls who have been sex trafficked in Canada to escape their traffickers due to psychological manipulation, violence and at times a lack of faith in police and the justice system, new research shows.

In many cases, it will take a traumatic event – such as having a friend murdered.

The findings are part of a national research project supported by a team at Covenant House, the country’s largest organization helping homeless, trafficked or vulnerable young people. Researchers conducted interviews in Vancouver, Winnipeg, Toronto, Niagara Falls, Thunder Bay, Montreal, Halifax and St. John’s with 201 people who support survivors and 50 individuals who have been sex trafficked.

The study found that most victims are sex trafficked domestically. In Montreal, participants said victims were often moved to other parts of the country, where Quebec culture is considered "exotic.” Others were moved to towns and cities with industries such as oil, fishing or tourism.

Some survivors reported being physically detained and threatened with physical violence, said Amanda Noble, the head researcher at Covenant House and an assistant professor at the University of Toronto. But most often it was psychological manipulation that kept them from fleeing.

“There was one survivor that I interviewed that was chained in a basement. Others were kept in rooms or houses, but that was very much not the norm … most of the time it was a process of psychological manipulation and coercion,” Dr. Noble said.

That’s why the initial interaction between a victim trying to escape and an authority figure such as a police officer or medical staff is “crucial,” the report said.

“During this contact, they have a unique opportunity to intervene, develop a relationship, and provide referrals or support,” it noted, adding that out of mistrust of authorities or fear of the trafficker’s retribution, victims are often reluctant to say anything.

Some who were interviewed said they felt the police were non-responsive or judgmental, leaving them feeling betrayed. One survivor told the researchers she was hesitant to turn to police after an experience she had with them.

“I was raped in my apartment and it was because I would not accept this guy as a client. Did I call the cops? Nope, because I know what would have happened: ‘Are you sure you were raped? Are you sure it wasn’t a client that just didn’t pay you?’”

The report said encounters with police tended to improve when there was a unit dedicated to sex trafficking or when officers had received special training. Other recommendations include having specialized Crown attorneys and judges preside over sex-trafficking cases; adding lessons about the dangers of sex trafficking to school curriculums; and improving training for health-care providers to recognize the signs of it.

“We are attempting to mirror the notion that the traffickers really just view these young women, daughters, sisters, as shoppable, buyable things,” said Julie Neubauer, the manager of Covenant House’s anti-human trafficking team. “People often talk about how sex trafficking is under our noses … I want to bring it where it actually is, which is right in front of our faces.”

The campaign includes the story of a survivor who is sharing her experience publicly for the first time.

The 26-year-old said she had just begun university in Toronto, her mental health deteriorating, when she first engaged in sex work. She was out walking when a car started following her. A man propositioned her, and not wanting him to follow her to her residence, she gave in.

“That resulted in sex work becoming kind of this very infrequent alternative form of self-harm for me, as a way of coping with everything else I was experiencing,” she said.

It was also how she met her trafficker. One night, a man suggested they work together and split the proceeds. Feeling “numb and apathetic,” she agreed.

The relationship quickly grew violent. He would choke her, slap her and slam her head if she disobeyed him. After about two years of trafficking her, he raped her.

The next day, after meeting with her psychiatrist, she was admitted to a psychiatric hospital. After asking them for help, her doctors and family made a plan, and she told the police. Her trafficker faced numerous charges, including exercising control over her for the purpose of exploitation, receiving material benefit from her exploitation and sexual assault. After a two-year court process, he was acquitted of all charges.

“It’s extremely upsetting and definitely has taken a lot of work on my part to start to be okay with that. I’m not always okay with it,” she said.

Since escaping her trafficker, she has returned to university. She said she hopes other victims speak up.

“I stayed silent. I didn’t say anything when it was happening to me. It really took an effort of a lot of other people to get me out of what I was experiencing."

Barclays CEO under investigation over links to Jeffrey Epstein
February 13, 2020 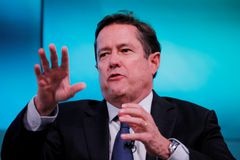 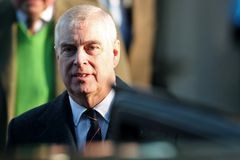