A plan to relocate deer from a Montreal-area park has fallen through after an ethics committee deemed the strategy unsafe.

About half the white-tailed deer in Michel-Chartrand park were slated to be killed last fall because officials said the animals’ numbers were twice what the park in the Montreal suburb of Longueuil could sustain.

But following protests from citizens and animal-rights defenders, Longueuil relented and agreed to relocate the deer to a sanctuary.

The relocation plan submitted by an animal rescue group was analyzed by a veterinary ethics committee, which concluded this week that the strategy was flawed.

Isabelle Vachon-Girard of Sauvetage Animal Rescue said in an interview Friday her organization has been in contact with the provincial Forests, Wildlife and Parks Department since November to review their proposed course of action. She felt they were on the right track and were “very disappointed” by Thursday’s decision from the ethics committee.

“We understand that it might need some modifications, but we’re not letting go,” Ms. Vachon-Girard said.

The ethics committee examined the group’s plan in a meeting Wednesday and told them the following day that it was not acceptable.

Ethics committee chairman Jean-Pierre Vaillancourt said the proposal raised too many questions and would have endangered the lives of deer and their handlers.

“We were really concerned about the qualifications of the people involved .... We had issues at every level in terms of technique, drugs being used, management in case of complications,” Mr. Vaillancourt said.

He said the plan involved using feed to lure the animals into a fenced area of roughly 30 metres by 60 metres. The rescuers planned to wait until a deer approached the feed at night before shooting it with a tranquillizer dart.

But Mr. Vaillancourt said the area was too small and the fencing too low to safely contain the animals. The deer could have roamed the length of the zone in “five big steps” and cleared the 2.4-metre fence, he said, noting the animals can hit speeds up to 50 kilometres an hour.

“Imagine an animal like that going much faster than Usain Bolt, who can reach 38 kilometres an hour, and going straight into a metallic fence, or trying to jump it while pregnant and missing a step because of ice,” Mr. Vaillancourt said.

But Ms. Vachon-Girard countered that their fencing and zoning measurements were approved by provincial officials. “The height and space, everything was according to the law,” she said.

A spokesperson for the Forests, Wildlife and Parks Department was not immediately available for comment.

Mr. Vaillancourt also expressed concern that an attempted solution to a long-standing problem was being rushed. “Apparently, they want to do it next week. I wish them good luck,” he said.

Ms. Vachon-Girard confirmed their group would have started next week if given the green light and they would have aimed to finish the job in two weeks in order to meet a March 15 deadline from the City of Longueuil. She said her group will now ask for more time as it fine-tunes its plan.

Longueuil had initially planned to cull 15 deer and donate the meat to a food bank. That prompted protests, a petition that garnered tens of thousands of signatures, and even a death threat towards Mayor Sylvie Plante. When Ms. Plante cancelled the cull in November over fears people would try to thwart it, she said the city wanted the proposed move to happen within weeks.

Quebec city set to kill white-tailed deer will move to relocate them instead
Subscriber content
November 24, 2020 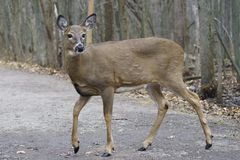 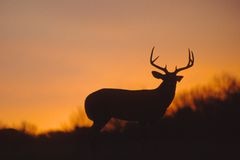