It may not look like much to drivers zipping by on Highway 401, just some brush across the railroad tracks in Pickering, Ont. But environmentalists say this patch of land in the Duffins Creek watershed is one of the Toronto region’s few remaining coastal wetlands.

Nearby, construction crews are building “Durham Live,” an entertainment complex that will feature a casino, hotel, residences and retailers. The wetlands area west of the site is designated as “provincially significant,” the highest level of protection, and until recently it was considered off limits for developers.

Now, much of the roughly 50-acre site will likely be paved to make way for a warehouse – despite opposition from the Toronto and Region Conservation Authority, a coalition of environmentalists and the neighbouring town of Ajax.

Analysts and observers say more developments such as this one may soon proliferate. On Tuesday, the Ontario government passed its budget bill, which also contained provisions that constrain the ability of the province’s conservation authorities to regulate development and introduced new channels through which developers can obtain permits.

Unique to Ontario, conservation authorities (CAs) are agencies charged with protecting local watersheds. There are 36, found predominantly in densely populated Southern Ontario, and 95 per cent of the province’s population lives within their boundaries. Smaller CAs may have as few as half a dozen employees, whereas those based in large cities can have several hundred. The budgets for all of them total about $350-million a year. 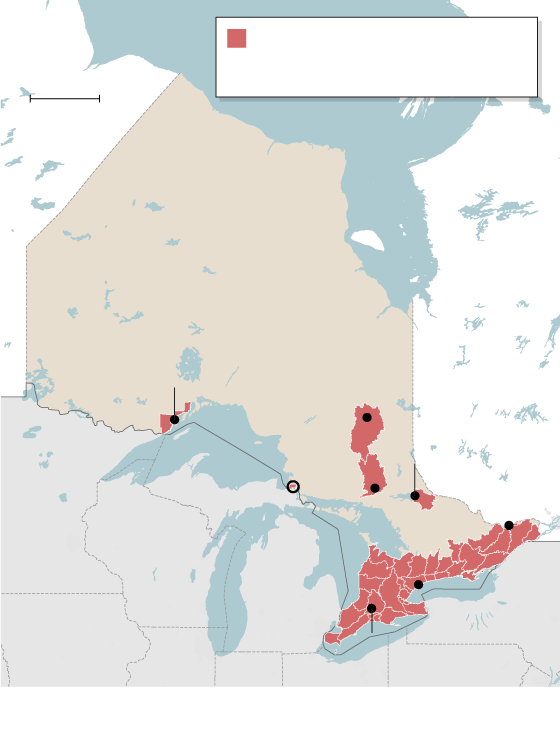 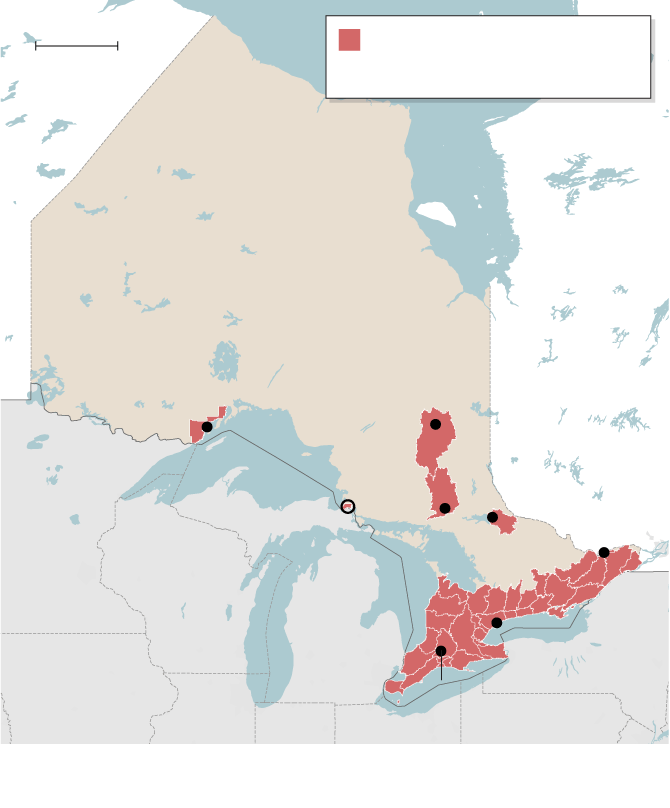 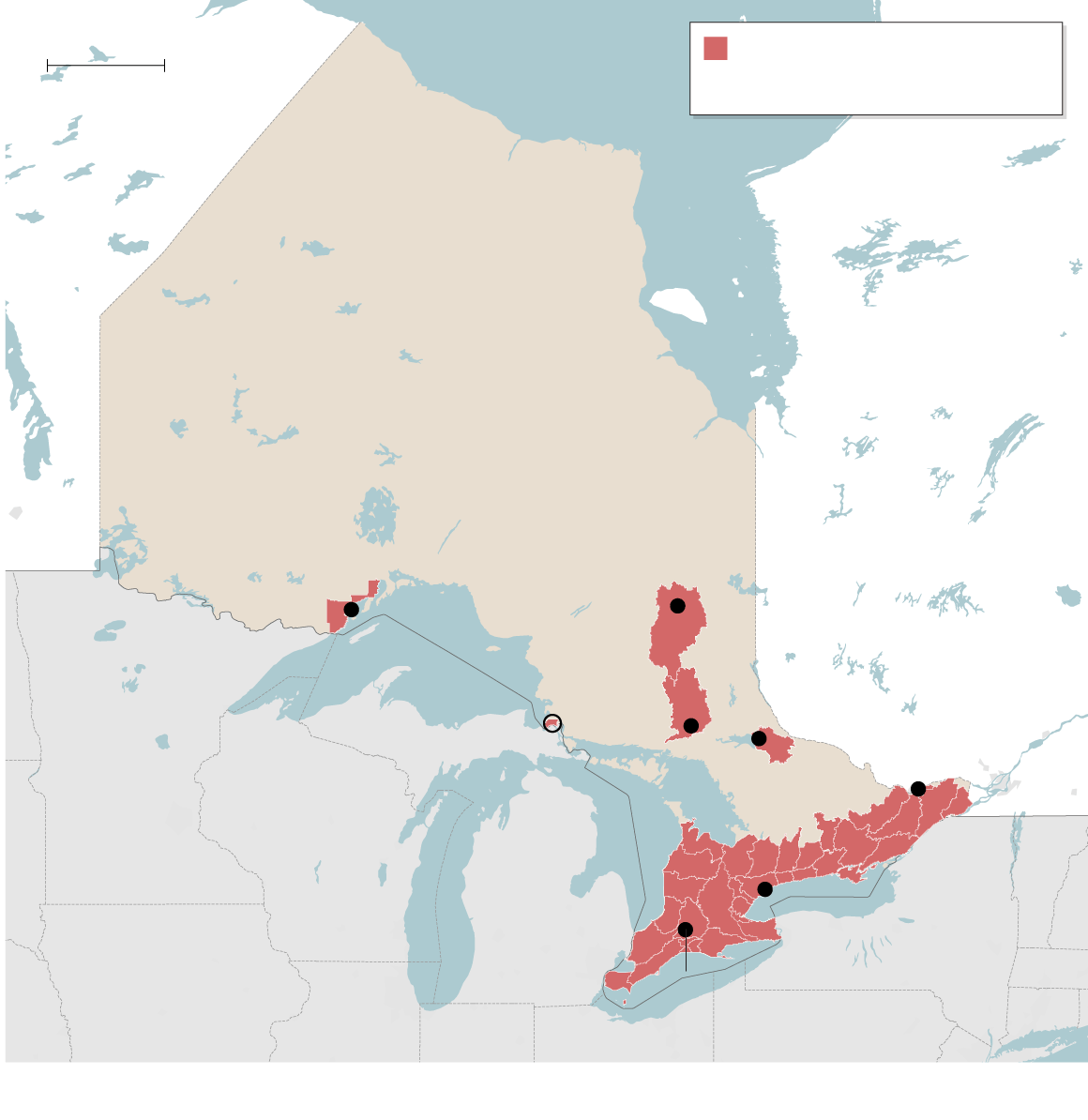 Their mandate includes defending against flooding, erosion and other natural hazards. They own and operate dams and other control structures. They monitor streamflow, snow pack and rainfall and operate flood-warning systems. They regulate development around wetlands, inside floodplains and along Great Lakes shorelines. They maintain natural parks known as conservation areas. They plant trees, manage woodlots, protect water sources and approve septic systems.

Introduced in 1946, the Conservation Authorities Act was a response to bad outcomes from poor land-use policies. Farmers, municipalities, sportsmen and naturalists were concerned about aggressive development and deforestation. Then came Hurricane Hazel, a 1954 storm that led the provincial government to expand the CAs’ powers to acquire land for recreation, conservation and public safety.

“I would argue that conservation authorities, from the perspective of watershed management, are Ontario’s best idea,” said Jason Thistlethwaite, a professor at the University of Waterloo’s environment school.

And one municipality’s choices often have significant consequences for neighbours. In Ontario, however, the province set CAs’ boundaries to encompass one or more watersheds, which must be conserved and managed holistically.

This approach has won considerable praise, including from Douglas McNeil, a special flooding adviser hired by the province. In a report submitted during the fall of 2019, Mr. McNeil found that the Conservation Authorities Act and other related legislation “have collectively gone a long way to reducing and mitigating flood risks in Ontario.”

But such admiration hasn’t stopped the government from cutting CAs’ funding. According to the umbrella group Conservation Ontario, CAs typically get more than half their funding from municipal levies, about one-third from self-generated revenue, and about 12 per cent from provincial and federal sources. Ontario’s 2019 budget halved the province’s transfer payments for flooding initiatives.

The government has also made extensive use of ministerial zoning orders (MZOs), a mechanism through which the Minister of Municipal Affairs and Housing can effectively authorize developments immediately, circumventing local rules.

MZOs used to be exceedingly rare, said environmental lawyer Dianne Saxe, who served as Ontario’s environmental commissioner between 2015 and 2019. (She is now deputy leader of the Ontario Green Party.) “They were meant to be an extraordinary exception to the normal rule. Now, they’re used routinely to bypass environmental protections.”

Defending the use of MZOs in the legislature, Premier Doug Ford suggested they were necessary to accelerate construction of long-term care homes, affordable housing and rental homes.

Those MZOs were made even more powerful this week, with a section in the government’s budget bill known as Schedule 6 that applies to conservation authorities.

Last week, just days before the bill passed in the legislature, the government added a new provision stipulating that once an MZO has been issued, the local conservation authority must issue a permit – even if it believes the project violates environmental rules.

Another key provision changed the appeals process. Previously, a CA’s decisions could be appealed to its hearing board, and then to the province’s Mining and Lands Tribunal. Schedule 6 allows developers to appeal CA decisions directly to the Minister of Environment, or else to a different tribunal.

Schedule 6 attracted criticism across a broad political spectrum, including from sectors the government said the changes were intended to help, such as the Ontario Federation of Agriculture and the Association of Municipalities of Ontario.

Developers win big, Dr. Thistlethwaite said, because they can “pick the path of least resistance” for acquiring permits. Homeowners and taxpayers lose because they will pay higher property taxes and insurance rates.

Anastasia Lintner, an environmental lawyer with the Canadian Environmental Law Association, said the changes to conservation authorities put watercourses and wetlands at risk throughout the province.

“It’s really limiting their ability to do the job we set them up to do,” she said.