Lawrence Greenspon, counsel for Mr. Boyle, said he hopes to go over the forensic assessment with his client later this week.

Mr. Boyle made a brief court appearance Monday, and the next hearing in his case is slated for April 17.

Mr. Greenspon told the Ontario court in late January that an initial evaluation found Boyle fit to stand trial, but added that he would benefit from a fuller assessment at a mental health centre in Brockville, Ont.

Mr. Boyle is now back at the Ottawa regional detention centre. He has yet to have a bail hearing.

Mr. Greenspon received a copy of the latest psychiatric assessment, which is sealed from the public, on Friday.

“I haven’t had a chance yet to review it with Mr. Boyle, and that’s what we’ll be doing later this week,” Mr. Greenspon said Monday after the hearing.

Mr. Boyle was arrested by Ottawa police in December and charged with various offences including assault, sexual assault, unlawful confinement and causing someone to take a noxious substance.

The charges against the 34-year-old relate to two alleged victims, but a court order prohibits publication of details that might identify them or any witnesses.

Mr. Boyle and his American wife, Caitlan Coleman, were taken hostage in 2012 by a Taliban-linked group while on a backpacking trip in Afghanistan. The couple – along with the three children they had during their five years in captivity – were freed by Pakistani forces last October.

None of the charges, which relate to incidents that allegedly occurred between Oct. 14 and Dec. 30, after Mr. Boyle returned to Canada from captivity, has been tested in court.

The family had been living in an Ottawa apartment for about a month when Mr. Boyle was arrested.

Mr. Boyle received medication while in Brockville, Mr. Greenspon said, but he declined to provide details.

“I assume and certainly hope that that treatment is going to continue at the regional detention centre.”

Mr. Greenspon added that although Mr. Boyle may have lost some weight, “all things considered, I think he’s coping.” 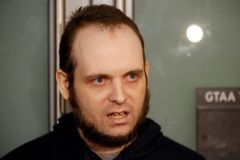 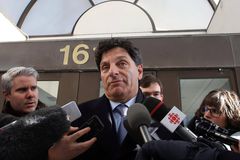