Grant Robertson
Published May 12, 2021 Updated May 12, 2021
Comments
Text Size
Please log in to listen to this story. Also available in French and Mandarin. Log In Create Free Account

International regulations presided over by the World Health Organization and agreed to by countries such as Canada are biased toward keeping borders open and travel flowing, even in a pandemic, and must be overhauled, an expert panel said.

Helen Clark, the former prime minister of New Zealand who is leading an independent panel of doctors and former heads of state examining the global response to COVID-19, said international rules that frown upon travel restrictions helped make the pandemic worse around the world.

“I think one of the problems is that the International Health Regulations appear to explicitly discourage what they call ‘unnecessary restrictions on travel,’” Ms. Clark said Wednesday following the release of the panel’s report, which was commissioned by the WHO.

“All I can say is that I’m living in my own country in New Zealand, where closing the borders was absolutely essential to getting a successful response,” Ms. Clark said.

“We have to bear in mind that with a highly infectious pathogen like this, we’re living in the 21st century where it can be on the next flight. We’re not living in medieval times where it travelled on foot and by donkey.”

WHO members such as Canada agree to abide by a set of rules known as the International Health Regulations, or IHR, which include guidelines on how governments should conduct themselves in an outbreak. The rules require countries to report outbreaks within their own borders, to speed up a global response. But those same regulations also discourage countries from taking certain steps in the face of a threat.

To prevent countries who report an outbreak from being punished by other governments, which could deter them from raising an alarm, the regulations discourage WHO countries from imposing restrictions on travel and trade, including restricting flights and closing land borders.

However, countries such as New Zealand, Australia, Taiwan and others who adopted more decisive measures early in the COVID-19 outbreak, moving quickly to clamp down on travel, have managed the outbreak much better.

Meanwhile, countries including Canada, which waited longer, have fared much worse. At the root of the problem, Ms. Clark said Wednesday, were the IHR provisions that dissuade countries from taking swift action, and she called on the WHO to draft new rules for future pandemics.

“This is an aspect of the International Health Regulations that needs to be overhauled. The panel is very concerned about this,” Ms. Clark said.

Early in the pandemic, Canada deferred to the WHO’s regulations when the debate over travel restrictions, quarantining and border tightening was raised. At a Jan. 29, 2020, House of Commons committee meeting, top officials at the Public Health Agency of Canada suggested Ottawa could be “called to account” for adopting measures that were more strict than the WHO recommendations at the time.

Asked about plans to implement travel restrictions, Tina Namiesniowski, the president of the public-health agency at the time, told the committee that “there’s definitely an expectation that the World Health Organization has of countries with respect to imposing restrictions on trade and travel,” suggesting the decision was not necessarily in Canada’s hands.

Chief Public Health Officer Theresa Tam added more context, saying Canada would not go further than anything the WHO recommended to members through the IHR’s focus on keeping borders and trade open.

“Let’s say WHO does not recommend travel bans. Any measures that a country is to take must not be out of proportion to the risk, and must not inappropriately impact travel and trade,” Dr. Tam said. “We are a signatory to the International Health Regulations and we’ll be called to account if we do anything different.”

At the time, the federal government was asking travellers who arrived at Canadian airports to answer a voluntary questionnaire about travel to China. However, evidence over the past year has shown the virus travelled to Canada via many routes, including the United States, Iran, Europe, China and elsewhere.

“If you put everything on a standstill, you have to look at what the implications are,” Dr. Tam told the committee.

The independent panel’s report, made public Wednesday in Zurich, said February, 2020, was a “lost month” for many countries, when governments should have been doing more to prepare for the crisis, but instead failed to act until it was too late.

“Too many countries took a ‘wait-and-see’ approach rather than enacting an aggressive containment strategy that could have forestalled the global pandemic,” the report said.

Joanne Liu, the Canadian representative on the 13-member panel, called on the WHO and its members to use the precautionary principle, which amounts to erring on the side of caution at all times, until more is known.

“For us, the precautionary principle must be, I would say, the by-default posture in terms of recommendations,” said Dr. Liu, a Montreal physician who is the former international president of Médecins sans frontières (Doctors Without Borders).

Though the federal government advised against non-essential travel in March, 2020, it treaded lightly on restrictions. By the end of that month, Ottawa banned non-essential entry into the country to all but Canadians and permanent residents, but left numerous exemptions for essential travel. Since then, the government introduced a mandatory 14-day quarantine for travellers arriving in Canada, but the program has been marked by enforcement problems.

Two months ago the Auditor-General of Canada issued a report that said the government’s contact-tracing and quarantine process were poorly managed. “The Public Health Agency of Canada did not know whether two-thirds of incoming travellers followed quarantine orders,” the Auditor-General said. The department followed up in person with very few of the travellers to verify compliance, the report said.

A group of epidemiologists and public-health experts from across the country told The Globe and Mail the federal government must create a comprehensive quarantine and screening system for international travellers to help stop the outbreak, particularly as variants continue to spread.

”It’s not about shutting off trade or closing off the country. It’s simply border control,” said Kelley Lee, a professor at B.C.’s Simon Fraser University who specializes in the impact of globalization on population health.

“The variants of concern didn’t swim or fly here on their own, they came through travel. ... [Ottawa’s] so-called world-class system isn’t working.” 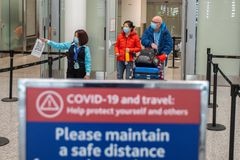 Canada must create a comprehensive quarantine, screening system for international travellers: experts
May 11, 2021 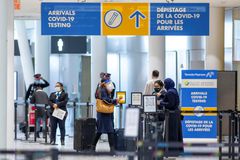 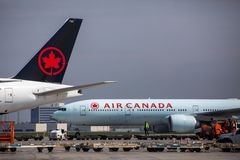