Tucked away in three university libraries across Canada are first edition copies of a book that experts say contains the building blocks of science.

Mordechai Feingold of the California Institute of Technology and Andrej Svorencik of the University of Mannheim in Germany are looking for more copies of Sir Isaac Newton’s Mathematical Principles of Natural Philosophy in private collections.

The two experts in September published a paper in their “attempt to locate all surviving copies” of the first edition of Newton’s book.

Many people believe the book, published in 1687, was “so complicated” that no one read it, Prof. Feingold said. By tracing the ownership of first editions, the scientists want to show that not only was the book read but it was also understood.

“I mean, not necessarily as Newton did, but sufficiently to build on,” he said in an interview.

A census of the book published in 1953 showed there were 189 copies scattered around the world but a new estimate puts the number at 386.

Dalhousie, McGill and the University of Toronto each have a copy of the 510-page leather-bound book.

Karen Smith, special collections librarian at Dalhousie University in Halifax, said the school’s copy was donated in 1934 by William Inglis Morse, who spent most of his adult life travelling, collecting and visiting libraries. She said Mr. Morse believed books should be “handed on as a heritage of the ages.”

The copy at McGill University in Montreal was donated in 1911 by Sir William Osler, the renowned physician, as part of his 8,000-title collection.

The University of Toronto’s Thomas Fisher Rare Book Library purchased a copy from a bookseller in 1971 for less than $5,000, science and medicine librarian Alexandra Carter said.

Lauren Williams, the liaison librarian for the Blacker Wood Natural History Collection at McGill, said books during Newton’s time became smaller, so they were no longer large stationary objects.

Newton’s book is described as octave size or about 20 to 25 centimetres.

The binding can also tell a lot about the person who owned the book, Ms. Williams said. A wealthy person would use gold leaf on their bindings, while someone of modest means would get a simple binding.

Newton opted for a simple binding, which also says something about his approach to books being functional and practical, she said. “These were not meant to be sort of luxurious items to be put on display.”

Prof. Feingold said over the past 300 years since the book was published, it has travelled to different parts of the world either because it was bought or bequeathed.

“It’s very interesting detective work to really try to trace the various owners of the book over the past,” he said. “There are many, many stories to be told about the book and the locations over the years.”

It’s also a book “that people treasure because it is by Newton,” he said, noting a copy in 2016 sold for US$3.7-million.

While digitized copies of the books are widely available, he said they don’t hold the “magical” quality of paper.

“You know, when you go through the pages you feel as if you are tracing the mind of a special individual and trying to figure out what and how he did it, right.”

Isaac Newton was a brilliant scientist, but a pretty lousy investor
February 13, 2020 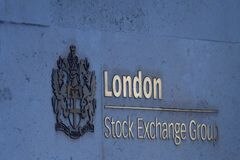 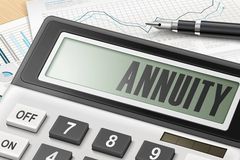 BMO donates $4-million to create Isaac Newton chair at Perimeter Institute
November 29, 2010
Report an error
Due to technical reasons, we have temporarily removed commenting from our articles. We hope to have this fixed soon. Thank you for your patience. If you are looking to give feedback on our new site, please send it along to feedback@globeandmail.com. If you want to write a letter to the editor, please forward to letters@globeandmail.com.
Comments