At New Brunswick’s Green Hill Lake Camp, kids played in the field as empty boats bobbed in the lake behind them – a reminder that it was not a normal summer. Children are usually dispersed throughout camp, but this year they are consolidated in pandemic pods.

In May, overnight camps across most of the country, except for in New Brunswick, were cancelled by provincial governments due to pandemic health concerns. Day camps were permitted, but with rigid and expensive restrictions, including coronavirus screening, exceptional hygiene, personal protective equipment and limits on capacity.

“Many camps across the country are so envious of the position we’re in in New Brunswick, but operating is not a silver bullet,” says Tim Carruthers, the operations director of Green Hill Lake, a non-profit northwest of Fredericton and one of the few overnight camps in the country running this summer.

Their camper capacity was reduced to 30 per cent, in accordance with provincial regulations. Meanwhile, their staff remained at normal levels, since at least one supervisor was required for each pandemic pod of 15 kids who do not need to physically distance from one another.

The reduction of campers and hold on employee numbers meant significant cuts had to be made, including letting go of Carruthers, who will be laid off in the fall. For 12 years, he has worked at Green Hill Lake. He lives at the camp and will have to relocate his home. But there was no other option.

“If there isn’t some kind of help, somehow, some way, in the industry, I honestly don’t know if we’re still going to have summer camps in a couple years,” he says.

About 35 to 40 per cent of camps in Canada will be forced to permanently shut down this year due to the devastating financial impact of COVID-19 restrictions, says Stéphane Richard, president of the Canadian Camping Association.

He anticipates closings will surge as high as 90 per cent in 12 to 18 months if the government does not directly fund the industry.

These bleak projections are based on survey data compiled between May and June by the CCA from a collection of nearly 1,000 provincial camps that host 900,000 kids every summer.

During the off season, camps regularly prepare by spending 40 per cent of their income on marketing, maintenance, setup and hiring, Richard says. This year, that money was spent anticipating a summer that never happened. After refunding parents, most camps were in the red.

The CCA is asking the provincial and federal governments for a $250-million to $300-million sustainability relief fund that, they suggest, could be divided appropriately between the two levels.

“We are asking for this fund so that camps can survive,” Richard says.

Like thousands of kids, Malika Msamba, 14, was devastated to learn that camp wasn’t running. This would have been her sixth summer at Camp Amy Molson, an overnight facility in the Montreal area that is dedicated to serving children who live below the poverty line.

“Camp is very important to me. When I come here, it makes me forget about my problems at home,” Malika says.

Non-profits, financially assisted camps and subsidy programs at private camps – which together make up 80 per cent of the industry, according to the CCA survey – have been hit the hardest by the pandemic.

Pearce Williams Summer Camp & Retreat Facility, a non-profit located outside of London, Ont., had no money in the bank after cancelling the season. To refund parents, executive director Joe Richards began sourcing “survival money” by asking the community for donations.

“I don’t see how camp could survive without fundraising,” he says.

Crestwood Valley Day Camp in Toronto is running this summer. As a private institution, its owner decided to take a financial loss, co-director Eric Shendelman says.

Crestwood started the summer late, while waiting on the province’s green light to open, and reduced camper capacity to 30 per cent, refunding the remaining 70 per cent of clients. It hired additional cleaning staff, a public-health expert, a mental-health consultant and a specialized nurse who worked during SARS. The camp also bought PPE and set up hand-washing stations.

“The expense of opening this summer outweighs the financial gains, for sure,” Shendelman says.

He worries about a potential growing divide between those who can and cannot afford to run and attend camps. Typically, private camps in Ontario offer financial support to 40 per cent of their campers, the CCA survey found. But now, owners don’t have the additional funds.

“How do we sustain the industry going forward?” Shendelman asks. “[Government] funding is first,” he says. “Money is needed to help sustain these camps through the storm.”

Editor’s note: An earlier version of this story included an incorrect estimate of losses for Crestwood Valley Day Camp.

Eight-year-old boy dies after being hit by car outside Montreal day camp
July 23, 2020 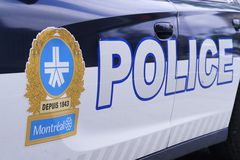