Laurentian University says it is facing insolvency and has filed for protection from creditors, bringing to a head a deteriorating financial situation exacerbated by the COVID-19 pandemic.

President Robert Haché announced the move to seek court protection on Monday, saying it was necessary to put the university in Sudbury on a firm financial footing after years of deficits. He said the move will not affect day-to-day operations or the student experience.

Other universities have projected large deficits as a result of the pandemic, including some in the tens of millions of dollars. But none has hinted at a situation as serious as the one facing Laurentian.

“We are facing unprecedented financial challenges and our financial health is currently amongst the weakest in the province compared to other universities. We intend to change that,” Dr. Haché said in a public letter to the university.

He also cited recurring deficits, the unfavourable demographics of Northern Ontario, the closing of a campus in Barrie, Ont., that failed to address the demographic problem and the Ontario government’s 2019 decision to cut tuition fees and freeze them for two years.

Ontario must prioritize opening schools before other sectors, medical officers of health say

Ross Romano, Ontario’s Minister of Colleges and Universities, called the situation unprecedented. He said the province will examine its options, which could include legislation to give the government greater oversight of universities’ finances. The province appointed Alan Harrison, a former provost of Queen’s University, to monitor the situation and provide advice to the minister.

“It is deeply concerning that Laurentian University has found itself in a situation where such drastic and immediate action is needed to ensure its long-term sustainability,” Mr. Romano said in a statement. “The government wants to ensure this issue does not repeat itself in other institutions.”

Last May, Dr. Haché was the first university president to warn that the pandemic could tip his institution toward a crisis. He said at the time the university was projecting a deficit of $15-million owing to the loss of tuition revenue from expected lower enrolment and of ancillary revenues such as catering, conferences and residences. But the financial picture looked slightly better than expected by fall, when enrolment grew by nearly 4 per cent.

The university said in its court filings that it tried to cut costs through layoffs, a reduction in contract staff and a hiring freeze. It also suspended admissions to 17 programs in the fall in an effort to streamline its offerings. Over the past five years, the university typically ran a deficit of $2-million to $5-million, and this year it likely would have been higher. But with long-term debt of about $90-million, several years of deficits and its available cash dwindling, the court filings said the university was unable to secure additional loans to help meet its costs.

Jean-Charles Cachon, secretary-treasurer of the Laurentian faculty association, said the news landed like a bombshell on Monday. The faculty association had been seeking information for months on the university’s finances, but had no indication a move of this magnitude was coming.

“We’ve been completely blindsided,” Prof. Cachon said. “There was no warning.”

Laurentian has also been in the midst of bargaining a new collective agreement with its faculty association. He said it’s unclear what the court process will mean for faculty or their negotiations.

Prof. Cachon said several decisions over the years affected university finances. In the early 2000s, Laurentian tried to address the declining population of young people in its region by expanding its operations with a campus in Barrie, about 100 kilometres north of Toronto. But that foundered, and was wound down by 2019. It also invested in new campus buildings that failed to produce expected enrolment growth.

The court has appointed Ernst and Young to act as monitor under the Companies’ Creditors Arrangement Act.

In a report, Ernst and Young pointed to cash-management practices that were brought to the attention of Dr. Haché in December, 2020. Until that point, the university was co-mingling its sources of revenue in the same operating accounts, a practice that was immediately changed.

According to the Ernst and Young report, the university approached the provincial government about its liquidity crisis in recent months and the need for additional financing. However, the “significance of the issues” and the amount of financing required “have resulted in a situation in which [Laurentian] currently does not have sufficient funding commitments to permit it to avoid a CCAA proceeding,” the monitor wrote.

The Opposition NDP criticized the Progressive Conservative government for responding to Laurentian’s problems not with investments but “a threat to put university finances under government oversight powers.”

Some students, staff at B.C. high school to be tested after possible contact with COVID-19 variant
February 2, 2021 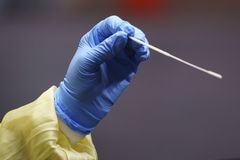 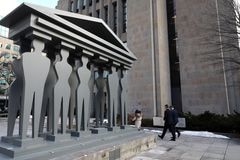