The families of 18 Canadians killed in last year’s Boeing 737 Max crash in Ethiopia will be allowed to testify at federal hearings into the disaster, Transport Minister Marc Garneau told the victims’ relatives on Wednesday.

According to people inside the room during a closed-door meeting between Mr. Garneau and the families, the minister indicated that hearings into Canada’s oversight of the flawed 737 Max are expected to proceed – despite past efforts by the government to block them.

“He said that there is a high likelihood that there will be a hearing and even the families would be called to testify,” said Paul Njoroge, a Brampton father who lost his wife, three children and mother-in-law when Ethiopian Airlines Flight 302 crashed outside Addis Ababa last March. It was the second of two deadly 737 Max crashes in less than five months, raising questions about why the plane wasn’t grounded sooner due to safety concerns.

The meeting in Toronto was the first time Mr. Garneau had met with the families since the March 10 crash, despite numerous requests for a meeting by the relatives since last summer. The 737 Max crashes have raised questions about Transport Canada’s close relationship with the U.S. Federal Aviation Administration. Canada approved the plane in 2017 after relying heavily on the FAA to scrutinize the aircraft, including the existence of new software on board that forced the planes into nosedives in both crashes.

In addition to a face-to face meeting with the Transport Minister, the families have been seeking a public hearing about Canada’s endorsement of the 737 Max, and whether changes need to be made to Transport Canada’s reliance on – and trust in – the FAA, which was found by congressional hearings in the United States to have abdicated much of the plane’s certification to Boeing’s own engineers.

Opposition parties tabled a motion for Transport Committee hearings into the matter last year, but it was defeated 5-3, with the Liberal MPs on the committee voting unanimously against holding hearings. However, now that the government no longer holds a majority, it is expected the hearings will proceed with enough votes.

Chris Moore, whose 24-year-old daughter Danielle died in the Ethiopian crash as she was travelling to work with the United Nations in Kenya, said he wants there to be public scrutiny into the decisions Transport Canada made to endorse the 737 Max, without examining the plane closer.

Mr. Moore and Mr. Njoroge have both appeared at the hearings in Washington but said the only meetings they’ve had with the Canadian government – a private conversation with a Transport Canada official last month and this week’s meeting with Mr. Garneau – were both held on the condition they not be open to the public. Mr. Moore and Mr. Njoroge said a step toward public hearings is a good sign, since the families want to know why the plane wasn’t grounded and what Canada will do to scrutinize the 737 Max independently before it is allowed to return to the skies.

“If we are called to testify, we are ready to testify; we will do it,” Mr. Njoroge said.

Mr. Garneau did not speak to reporters after the meeting. However, he sent a letter to the committee saying he would welcome hearings to discuss aircraft certification processes.

Mr. Moore said the minister pledged to open communications with the families, including responding in writing to 14 pages of questions they brought to the meeting.

“I felt better than I thought I was going to feel after the meeting, but there’s still a lot of unanswered questions,” Mr. Moore said.

A Globe and Mail investigation in December raised questions about Transport Canada’s reliance on the FAA and lack of independence from the U.S. regulator. Canadian officials were given information on 71 design changes to the 737 Max but were not told about the new software that could force the plane into a nosedive, relying on the FAA’s scrutiny of the design.

The investigation also detailed how, after the first 737 Max crash in late 2018 in Indonesia, the FAA provided Transport Canada with the preliminary results of a risk assessment of the plane and Canada decided no action was necessary. After the second crash in March, rather than ground the plane immediately as other countries were doing amid growing safety concerns, Canada waited for guidance from the American authorities and Boeing, which argued against grounding, and it delayed nearly four days before making the same move.

Mr. Moore said Mr. Garneau expressed faith in the FAA at the meeting, which upset some of the victims’ relatives.

Mr. Njoroge said he’d like to see Canada take a stronger stand against the FAA in the wake of the 737 Max disasters. “If they’ve made bad decisions then you’ve got to criticize that. That’s the only way you can make improvements.” 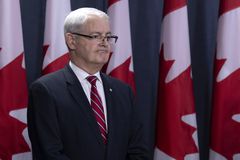 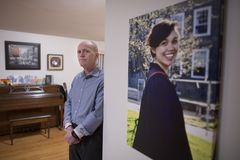