The lawyer for the family of Chantel Moore says he plans to file a wrongful-death lawsuit against the City of Edmundston, N.B., and the police officer who shot and killed her last year.

“We intend to file that complaint in the coming weeks,” T.J. Burke said in an interview Tuesday, one day after prosecutors ruled out criminal charges against the officer.

Moore, a 26-year-old Indigenous woman, was shot and killed by a member of the Edmundston Police Force during a wellness check on June 4, 2020. She was a member of Tla-o-qui-aht First Nation in British Columbia who had recently moved to New Brunswick to be closer to her family.

“Now that we have the foundation of the basis for a civil claim, the family has instructed us to move forward with it, and we intend to pursue it,” Burke said about the reports from the Quebec watchdog and the prosecutions services.

Investigators said the shooting occurred after the young woman was intoxicated and approached the officer with a knife in her hand. Prosecutors said the officer shot at Moore to defend or protect himself and that his actions were reasonable under the circumstances.

The officer, however, told investigators he regrets not giving himself an exit from the confrontation on the balcony outside Moore’s third-floor apartment.

Patrick Wilbur, regional director of the Public Prosecutions Services, wrote in his report that an officer should always take into consideration their environment when responding to a call “to ensure that you leave yourself an exit path, and not cornering himself as he did.”

“After the fact, he regrets his decision to go left and not towards the stairs, as he would have had an exit route. He acknowledges that had he done that, the sequence of events may have had a different outcome,” Wilbur said about the officer who shot and killed Moore.

Burke said there needs to be a serious look at how police officers are equipped when they respond to calls, not just involving Indigenous people but everybody.

Burke said it was important for him to represent the family because as one of the only Indigenous lawyers in the province, he has seen systemic racism at every level of the justice system.

The Nuu-chah-nulth Tribal Council, which represents Moore’s First Nation and 13 others on Vancouver Island, issued a statement Monday saying it was outraged the officer will not be charged. Council president Judith Sayers said the Crown is relying almost entirely on the statement of the police officer.

“There was no body cam, there was no witnesses, so this police officer will say what he has to in order to save himself,” Sayers said. “I have never understood how an armed, large police officer was scared of a five-foot, 100-pound woman with a small knife in her hand if she had one. Shooting four times is excessive force by anyone’s standards except the Crown counsel.”

Chief Alan Polchies of the St. Mary’s First Nation in Fredericton said he also can’t understand why the officer had to use deadly force. “I cannot express the disappointment I feel towards the prosecution decision,” Polchies said in an interview Tuesday.

He was part of a group that rallied in front of the New Brunswick legislature Tuesday morning seeking justice for Chantel Moore. Polchies said there needs to be a proper inquiry into how police conduct wellness checks.

“If they don’t want to do an inquiry into people getting killed in this country, then let’s do an independent inquiry into the provincial justice system itself,” he said.

The New Brunswick Police Commission will now determine if the officer breached the code of conduct under the Police Act.

“The Police Act is clear that complaints that proceed to an investigation must be investigated, and decision made within six months whether there is sufficient evidence that the police officer breached the Code of Professional Conduct Regulation,” the commission said in a statement Tuesday.

The commission said it will make no further comment.

A coroner’s inquest scheduled to begin Dec. 6 will make recommendations on how similar deaths can be avoided.

No charges against N.B. police officer in shooting of Chantel Moore
June 7, 2021 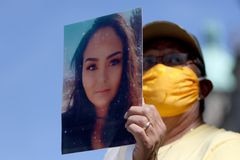 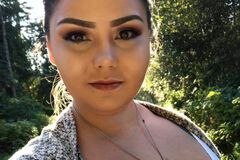