When an unprecedented heat wave “cooked” the cherries growing at his family’s farm in Oliver, B.C., Pravin Dhaliwal tried to see past the financial loss to the passion that spurred him to follow in the footsteps of his father and grandfather.

“Seeing those trees go from seed to budding to leaves to fruit and actually eating that fruit is a rush, and that’s why I’m in farming as well,” he said.

But scorching temperatures that recently hit a record 41.5 C in the Okanagan region and even higher elsewhere in British Columbia had over 54,000 kilograms of cherries at the Dhaliwals’ farm shrivel up on trees that “looked like they’d been set on fire.”

Much of the apple crop was also ruined, with 40 per cent of it being sunburned.

“It’s devastating,” said Mr. Dhaliwal, 23, who decided to carry on with the 16-hectare family farm two years ago after finishing a business degree at the University of British Columbia.

Now, he’s looking to the future by relying on the lessons he’d learned on the farm – focus on better seasons to come while trying to stay competitive with growers shipping their produce north from California and Mexico.

However, that optimism is being tested by the ravages of climate change for the Dhaliwals and farmers across Canada as they look to provincial and the federal governments for support.

Mr. Dhaliwal’s family has filed an insurance claim with the B.C. government, but he said the returns won’t be enough to even cover expenses so farmers need more support.

“I would consider this heat wave a disaster. It’s not a few farmers that are affected by the heat wave, it’s impacted everybody. There’s drought in Alberta, in Saskatchewan,” he said.

British Columbia’s Agriculture Ministry said growers can buy insurance to cover crop yield with a 20-per-cent deductible as part of a joint program with the federal government for the loss of fruit and some plants damaged by weather.

Brent Preston, a founding member of Farmers for Climate Solutions, said the future of farming in Canada will require government support for growers trying to deal with big fluctuations in the climate.

“We’re going to be in a lot of trouble if we don’t try to insulate ourselves from these effects,” Mr. Preston said from his farm near Creemore, Ont., about a 90-minute drive north of Toronto, where he primarily grows cut salads.

Farmers need funding to implement practices specific to various regions of the country to help them become more resilient to extreme weather, he said, adding the cost of not taking action will add up for governments and those frustrated in an increasingly challenging livelihood.

More farmers could reduce greenhouse gas emissions by growing cover crops when they’re not producing those they sell in order to build organic matter in the soil and make it healthier so less fertilizer is needed, he said.

The practice could have farmers risking money and time to figure out how to do it properly, sometimes without the help of a professional they can’t afford, Mr. Preston said.

“The federal government has, in the last federal budget, included a fairly modest amount of money to subsidize farmers to plant cover crops. And that’s a really, really good start,” he said of his group’s lobbying efforts. “But I think these kinds of weather crises we’re seeing show that we’re really going to need to scale that up.”

Subsidies for growing cover crops could meet the cost of seed and equipment for about three to five seasons until the practice has been established and farmers start reaping the benefits, he said.

In Ontario, for example, there’s a strong incentive for farmers to make the most amount of money by growing nothing but corn one year and soy the next, Mr. Preston said. But a short rotation of only two crops could result in increased use of nitrogen fertilizer, leading to higher greenhouse gas emissions because it can turn into nitrous oxide and contribute to climate change, he added.

Instead, farmers need government policies to help them switch to planting wheat after a year of corn and soy and then another crop later in the season over the winter, he said.

“We’re not talking about huge disruptions in the agricultural system or the way people farm. It’s tweaking systems and adding things so that they become more sustainable over the long term.”

Importing water-intensive crops like fruits and vegetables from drought-ridden California is not a reliable option overall and encouraging consumers to buy local will only go so far, he said.

“In every sector in Canada, the government is playing a role in supporting the transition to the green economy. And that has to happen in agriculture, too. We’re not asking for anything different than what we’re seeing in transportation or manufacturing or anything else.”

Agriculture and Agri-Food Canada said in a statement that is “working very closely with the province of British Columbia as well as other provinces impacted by extreme weather to monitor and respond to the evolving drought situation.”

Hannah Wittman, a professor at the Centre for Sustainable Food Systems at the University of British Columbia, said expected higher temperatures mean farmers will have to switch to crops that are less dependent on water, but that could be an expensive proposition.

Varieties of carrots that can tolerate drier, hotter conditions are now being studied at the university and would require farmers to simply plant different seeds, unlike perennial crops, including berries, grapes or apples, which take four to five years to come to full production, Prof. Wittman said.

“It’s not something that farmers can do lightly. They need to be pretty sure that if they’re replanting they need to choose varieties that are appropriate for the upcoming climate, not the climate we used to have.”

Many small-scale farming families diversifying and rotating their crops lack sustainable irrigation systems and the infrastructure to harvest and store their products or to market them, Prof. Wittman said. 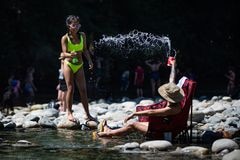 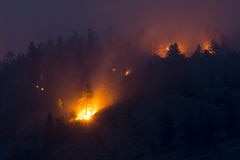 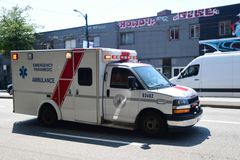