Ten women filed a class-action lawsuit in New York on Thursday against fashion retailer Peter Nygard, alleging sexual assaults that played out over decades and saw the now 77-year-old executive drug and rape girls as young as 15.

Mr. Nygard, the Winnipeg-based owner of an eponymous 170-store women’s clothing chain, is alleged to have lured women to his Nygard Cay vacation compound in the Bahamas and his homes under the pretense of interviewing for modelling contracts or inviting them to fashion industry events, known as “pamper parties.” The lawsuit alleges Mr. Nygard would then “use alcohol, drugs, force, fraud and/or other forms of coercion" to commit unwanted sex acts, including sodomy and insisting the women defecate and urinate on him.

The lawsuit alleges that if women resisted his overtures, Mr. Nygard had bartenders at his Mayan-themed vacation home spike their drinks with drugs such as Rohypnol, known as the “date-rape drug.” The filing, made in United States District Court for the Southern District of New York, states that Mr. Nygard bribed Bahamian politicians and police officers to hide his actions. The filing asks the Manhattan court to prohibit Mr. Nygard from engaging in unlawful acts, and for “damages in an amount to be determined at trial.”

Mr. Nygard’s Winnipeg-based lawyer, Jay Prober, said on Thursday the allegations were “completely false, without foundation and vigorously denied.” In an interview, Mr. Prober said the New York lawsuit was expected and is part of a decade-long fight between his client and Mr. Nygard’s neighbour in the Bahamas, hedge fund billionaire Louis Bacon, and that Mr. Nygard looked forward to clearing his name in court. Last November, Mr. Nygard was sentenced to 90 days in jail and fined US$150,000 by the Supreme Court in the Commonwealth of the Bahamas over incidents that stemmed from a property dispute with Mr. Bacon.

Mr. Nygard is worth approximately US$900-million, according to Thursday’s court filing, and has houses in New York, California and Florida, in addition to his Caribbean villa, which was once featured on the television show Lifestyles of the Rich and Famous. By moving women between these properties, often on his private jet, the suit alleges Mr. Nygard broke U.S. laws under the Trafficking Victims Protection Act.

Each of the 10 women made detailed allegations against Mr. Nygard, recounting incidents that feature common themes: Invitations to a party at Mr. Nygard’s residence; offers of drinks or drugs; invitations to bedrooms or hot tubs; then rape. Many of the women allege they were subsequently given money. One woman said she came to a “pamper party,” at the age of 15, was drugged and then raped anally and vaginally. The filing said: “Nygard offered her $5,000 prior to raping her, and later offered her $10,000 to defecate in his mouth.”

The women who launched the lawsuit now range in age from 18 to 36, and nine are from the Bahamas while one is from the United States. They are being represented by two U.S. law firms that specialize in class-action proceedings. The women said in the filing that they did not disclose their names in lawsuit “because of the sensitive and highly personal nature of this matter.” Through their lawyers, the women are asking the New York court to certify a claim against both Mr. Nygard and his company, Nygard International, because the business financed its founder’s activities and “marketed Nygard’s playboy image, the Nygard Cay property and the ‘pamper parties’ as part of the Nygard brand.”

“The facts detailed in the complaint come from years of investigation. After hearing these tragic stories, we were compelled to act,” said Greg Gutzler, a New York lawyer at the firm DiCello Levitt Gutzler. In a press release, Mr. Gutzler said: “We know many others were afraid to come forward initially and hope that this lawsuit will pave the way for them to also seek justice.”

The lawsuit against Mr. Nygard comes as a New York jury hears a sexual-assault case against former Hollywood film producer Harvey Weinstein. The exposure of allegations against Mr. Weinstein kicked off the #MeToo movement more than two years ago and changed public perceptions around the actions of powerful and wealthy men. 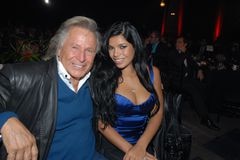 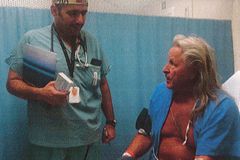 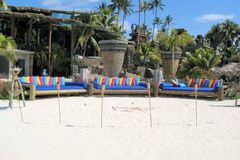