The Federal Court of Canada has launched an internal investigation after its phone numbers were “spoofed” by telephone scammers, purporting to be calling from legitimate government agencies.

“We can confirm that there have been fraudulent phone calls spoofing Federal Court of Appeal, Federal Court and Courts Administration Service (CAS) phone numbers to disguise their calls,” communications manager Emily Keogh said in an e-mail Tuesday.

Victims who answer these calls are being told that they owe money, and are being asked to provide personal information including their social insurance number. Although such automated calls often claim to be from any number of agencies – commonly including the Canada Revenue Agency or Service Canada – the number that shows up on call display in these cases has been manipulated to appear as the Federal Court.

As a result, the court has been inundated with calls and complaints.

“The Courts Administration Service has initiated an internal investigation and is working with various stakeholders including law enforcement authorities in multiple jurisdictions to resolve this issue,” Ms. Keogh said. “Our primary concern at this point in time is making sure members of the public do not fall victim to these fraudulent phone calls.”

Although they are by no means new, these phone scams have grown seemingly more prevalent in recent months, with many Canadians complaining that their phones are ringing with these scam calls multiple times a day.

In 2018, the Canadian Anti-Fraud Centre (CAFC) received more than 22,000 complaints specifically about the CRA scams. By the end of the year, they had recorded 1,492 victims, who were bilked out of $6.4-million.

Calls from fraudsters sometimes appear as coming from numbers that can’t be dialled, such as 000 000-0000 or 111 111-111, or those that exceed 15 digits. On Dec. 19, Canadian telecom providers will be required to implement universal call-blocking software to ban calls from such “malformed” numbers.

While Mr. Thomson said this change “will have some impact on some of the various telemarketing scams that are out there and making our way through our telecom network,” it will not capture those cases where the fraudsters are “spoofing” legitimate numbers.

In a June speech at the Canadian Telecom Summit, Ian Scott, chairman of the Canadian Radio-television and Telecommunications Commission, said it receives more comments and complaints about spam and telemarketing calls than any other subject. Patricia Valladao, a CRTC spokesperson, said 40 per cent to 50 per cent of those complaints relate specifically to “spoofed” numbers.

Typically, he said, these scams are run from overseas.

On Sunday, authorities in India announced that they had dismantled a call centre in New Delhi that had specifically been targeting Canadians by pretending to be calling from Service Canada. More than 30 people were arrested.

Mr. Thomson is hopeful that the bust will make a dent in the proliferation of calls. But he acknowledges that for investigators, it has become a game of whack-a-mole.

Ms. Valladao stresses that the telecom industry and the government have been aggressively working to find solutions to combat the issue.

One initiative in the works is a trace-back program that would allow networks to identify where a call is coming from. A report on a pilot project is expected to be available next year. Another initiative – known by its acronym “STIR/SHAKEN” – would specifically target “spoofing” by allowing telecom companies to validate whether an incoming call is legitimate.

While she is optimistic that the Dec. 19 changes will cut down on the number of spam calls that Canadians will receive, Ms. Valladao stresses the problem is complex. “It’s definitely a multilayer approach,” she said. “There’s no magic solution.”

The CRA’s new field guide on battling identity theft can help you protect yourself
May 17, 2019 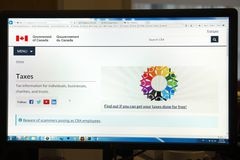 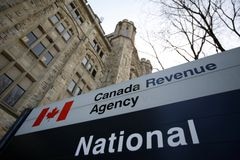 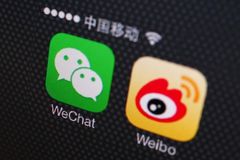