Despite the fact two Canadian cargo planes returned empty of supplies from China, a New Brunswick biotech company has received its latest shipment of the key chemical that it says it needs to ramp up wide-scale COVID-19 testing.

The chemical reagent was among the supplies on four other cargo planes that managed to leave China fully loaded with medical supplies, including N95 respirators, surgical masks and gowns. The reagent has been sent to Fredericton’s LuminUltra.

The ingredient needed in tests for COVID-19 has been in short supply in the highly competitive and strained global market. Wide-scale testing to determine COVID-19’s spread is a seen a key prerequisite for any decision to reduce the government-imposed lockdowns to control the pandemic.

“The supply that we got in is roughly the equivalent of about six to nine months of production for one particular raw material for the 20-odd raw materials that go into what we’re making for the federal government,” Pat Whalen, the company’s chief executive, said in an interview.

“So, it’s a very important part of the puzzle, and it’s a very significant quantity of product that came over that’s going to enable us to deliver on that promise that we’ve made to the government and the people of Canada.”

Trudeau singled out the company in a briefing one week ago as a key partner in Canada’s bid to supply the provinces with the what it needs to conduct tests.

“Whether it’s reagents or test kits, we are ensuring that Canada has the tools to fight this virus,” the prime minister said on April 15.

LuminUltra announced the same day that it would provide “500,000 urgently needed COVID-19 tests per week to the Canadian federal government for use across Canada.”

China, meanwhile, said Wednesday it was “inaccurate” for Trudeau to say that two Canadian planes left China without the medical supplies they had been sent to pick up, as he did earlier this week.

The spokesman for China’s Foreign Ministry, Geng Shuang, said that Trudeau’s account that the planes faced restrictions on the amount of time they were allowed to wait on the ground was simply not true.

“Supply lines and truck shipments to the airports are difficult and interrupted by checkpoints and quarantine measures. For the most part, we’ve been able to navigate through those and ensure that Canada has received the equipment that it needs,” the prime minister said. “But these two airplanes were forced to take off empty.”

One was a federal charter, the other was destined for a province the prime minister refused to name.

Geng offered a different version of events according to the translation of his remarks on his ministry’s website, which the Chinese Embassy in Ottawa also referred to when asked about the situation.

“As to the incident involving two Canadian flights returning empty, we have checked with the competent department and found relevant reports to be inaccurate,” said Geng. “Relevant airports and civil aviation authorities place no limit on the ground time of chartered cargo planes.”

Canada’s international purchases are coming largely from China and so the government has set up an “end-to-end procurement approach to navigate the current, complex supply-chain environment,” the office of Anita Anand, the public procurement minister, said in a statement to The Canadian Press on Wednesday.

Canada’s envoy in China, Dominic Barton, is relying on Bollore Canada and Deloitte Canada, and airlines like Air Canada and Cargojet to get these supplies back to Canada, the statement said.

“With this A-to-Z approach we now have flights regularly transiting from China to Canada with medical supplies, while we continue to ramp up domestic production capacity and as more Canadian suppliers come online,” said the statement.

“There is no question, we are operating in a hyper-competitive market, and while demand for these supplies continues to experience a surge, we are ensuring that Canada is equipped with the supplies needed as we face the COVID-19 crisis.”

Whalen said his company usually gets reagent shipped by sea, which can take weeks. This week’s shipment arrived in Toronto on the weekend and was flown from there to Fredericton.

“We’ve been tracking this every step of the way,” said Whalen.

“We were hyper focused on our goal.”

But he says many more flights are needed to bring back large numbers of Canadians from India in particular.

Deputy Prime Minister Chrystia Freeland says that is a challenging task, and she is firmly warning that any Canadians coming home from India are legally required to quarantine for 14 days to prevent the spread of COVID-19. 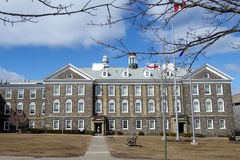 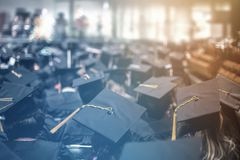 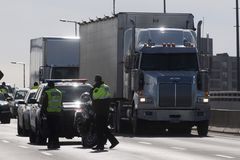