The federal and Ontario governments are wavering in their commitment to end solitary confinement, despite court rulings that have found the practice unconstitutional, prison watchdogs and human-rights advocates say.

In a court document filed on Tuesday, the Ontario Human Rights Commission accuses the province of incompetence, delay and “even resistance” to its own legally binding commitments, undertaken in 2013, and restated in 2018, to make solitary confinement a measure of last resort for inmates with mental-health disabilities, and maintain a 15-day limit for everyone else.

And federally, the chair of a government panel that Ottawa established to monitor the ending of solitary confinement in federal prisons says the terms of the panel members are ending and they have still not received the information from corrections authorities that would indicate whether the practice is still in widespread use.

The United Nations defines solitary confinement as more than 22 hours a day in a cell without meaningful human contact, and says it must be limited to 15 days. In separate legal challenges, the courts of appeal in British Columbia and Ontario last year found aspects of solitary confinement to be cruel and unusual punishment, prohibited by the Charter of Rights and Freedoms. Ottawa passed a new law last year in which it promised to scrap the practice, and then dropped its appeal of the constitutional rulings to the Supreme Court.

The new law abolishing the use of solitary established a form of prisoner isolation called structured intervention units. Prisoners are to have at least four hours a day outside their cells, double their previous entitlement, and two hours of “meaningful human interaction.”

Anthony Doob, a University of Toronto criminologist who chairs an eight-person panel created to monitor the new law’s implementation, says Canadians can have no confidence that the Liberal government’s 2019 legislation altered the practices within federal prisons.

“How much confidence do we have that the experience of a prisoner has changed? My answer is none, because we don’t have any information,” he told The Globe and Mail. He accused Public Safety Canada, the ministry led by Bill Blair, and the Correctional Service of Canada (CSC) of backtracking and delaying on promises to provide basic data such as the numbers of hours each prisoner in a structured intervention unit spent outside their cell, and whether they had mental-health alerts on their files.

Mary-Liz Power, a spokeswoman for Mr. Blair’s office, said the government is working with the correctional service to address the panel’s concerns, and that it has eliminated segregation. “The new, fundamentally different system focuses on mental-health care, has minimum requirements for time out of cell and meaningful interaction with other people, and is subject to independent external oversight,” she said in an e-mail.

In Ontario, the human-rights commission has filed a motion with the Human Rights Tribunal of Ontario, an independent adjudicative body, asking it to severely restrict the use of solitary confinement, and ban its use on inmates who have serious mental illness. The commission went to the tribunal for similar reasons in 2017, and the province consented to a similar order the next year.

“These aren’t recommendations or nice ideas,” Insiya Essajee, a lawyer for the commission, said in an interview. “They’re legally binding requirements that came out of a human-rights settlement and Human Rights Tribunal order. If they’re not met, it undermines the human-rights legal system.”

Ontario’s Ministry of the Solicitor-General, which oversees corrections facilities, denies it has failed to respect legally binding orders on solitary confinement. For instance, it has met deadlines for the 31 actions required of it, including revising its policies on the use of segregation and enhancing the mental-health screening of inmates, ministry spokeswoman Kristy Denette said. She cited a report this spring by an independent reviewer, retired judge David Cole, as evidence of commitments kept.

The human-rights commission cites the same report as proof the province has not kept its commitments to end solitary. The report says the most recent data, from July, 2018, until June, 2019, show that 12,059 people were placed in segregation, and that 5,558 of them had mental-health alerts on their files.

In 2013, the Ontario government reached a wide-ranging human-rights settlement with Christina Jahn, a woman with mental-health disabilities and addictions who was held in solitary for more than 200 days. The settlement included a provision that no one with mental illness would be placed in solitary, except as a last resort.

Since then, court rulings and government data have documented that thousands of people, including large numbers with mental-health disabilities, have been placed in solitary, the commission says in a court document. For instance, an Ontario judge ruled this spring in favour of a class-action lawsuit brought on behalf of 11,000 prisoners held in solitary long after the 2013 settlement was achieved. In a 2019 ruling, an Ontario judge threw out a charge of first-degree murder after the accused man, Adam Capay, was held 1,647 days in solitary.

Yusuf Faqiri’s 30-year-old brother Soleiman had schizophrenia, and was placed in solitary confinement at Central East Correctional Centre in Lindsay, Ont., before he died on Dec. 15, 2016. A coroner found he had extensive injuries from a prolonged confrontation with correctional officers. Mr. Faqiri said in an interview on Monday that he saw his brother on a video link in a court hearing three days before his death. “I’ve never seen him that sick before. This was torture. My brother slowly deteriorated away.” 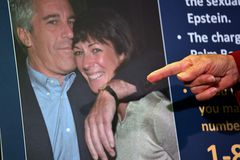 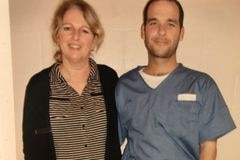 Follow Sean Fine and Colin Freeze on Twitter @seanfineglobe @colinfreeze
Report an error Editorial code of conduct
Due to technical reasons, we have temporarily removed commenting from our articles. We hope to have this fixed soon. Thank you for your patience. If you are looking to give feedback on our new site, please send it along to feedback@globeandmail.com. If you want to write a letter to the editor, please forward to letters@globeandmail.com.
Comments