A top foreign affairs official says China’s history of lashing out means that “sensitive matters” in a long-running espionage case before Canada’s courts should be kept away from public discussion.

Federal prosecutors are seeking to seal documents and close coming courtroom hearings in the criminal case of Qing Quentin Huang, an Ontario shipbuilder who was charged in 2013 with violating the Security of Information Act by allegedly trying to communicate Canadian naval secrets to China.

New public disclosures about this criminal case “would inflame tensions between governments of Canada and China and would necessarily provoke a response harmful to bilateral relations and Canadian interests,” writes Weldon Epp, a Global Affairs Canada director-general who now runs a bureau of 60 civil servants. He writes that the coming courtroom hearings in the case “could risk causing harm to individual Canadian lives.”

The case against Mr. Huang has stalled over legal arguments about the airing of state secrets related to how the Canadian Security Intelligence Service and police put together the prosecution. Mr. Epp swore his public affidavit this month to support a new sealing application by prosecutors.

“China regularly seeks to blame foreign governments for the consequences of its actions rather than examining how its behaviour affects international public opinion,” Mr. Epp writes.

He says the case is now playing out amid “heightened concern of the Canadian public regarding China’s arbitrary actions against Canadian citizens,” adding that “it is in Canada’s interest to ensure that the management of our necessary but complex engagement with China is not negatively affected even further by public disclosure of information pertaining to sensitive matters.”

The seven-year-old case against Mr. Huang began when he was caught on tape calling up Beijing’s embassy in Ottawa. An engineer who then worked for a military contractor in Ontario, he was arrested by the RCMP and accused of offering China secrets about Canadian naval ship projects.

The case surfaced only because the Chinese embassy was already under surveillance as part of a CSIS eavesdropping campaign.

Mr. Huang has been forcing disclosures by launching legal bids to obtain the CSIS wiretap-warrant materials targeting the embassy, in hopes that he can challenge the evidence assembled against him.

High-level details about the CSIS wiretaps have been seeping out in judicial rulings related to the case, but the coming hearings may go further. On Thursday, Ontario Superior Court Justice Michael Dambrot will hold a hearing for federal prosecutors who have filed an application seeking an order to exclude “the public from any part of the proceeding where [Mr. Huang’s] counsel intends to reference the content of the CSIS” materials.

The Globe and Mail has filed an opposing argument for transparency .

The rules around sealing orders are in Canada’s Criminal Code. Judges have the discretion to withhold from the public any materials or hearings that could injure international relations, national defence or national security.

This summer, Global Affairs Canada and CSIS officials also swore affidavits in relation to the Meng Wanzhou extradition matter. Federal prosecutors were successful in that bid to redact diplomatic and intelligence documents that surfaced in that case.

In the Toronto matter involving Mr. Huang, Global Affairs’ Mr. Epp writes that federal officials are grappling with the continuing fallout of two Canadians detained in China since late 2018. This was done in apparent retaliation for Canada’s arrest of Ms. Meng on a U.S. extradition warrant. She is the chief financial officer for Huawei, a flagship Chinese corporation.

Mr. Epp, who was once a diplomat posted to Shanghai and Beijing, says he now gives sensitive advice to cabinet ministers in Ottawa. Prosecutors in the Huang case are preparing to also file a “top secret” version of the affidavit he has sworn while asking it be stored in a government vault “to which the public has no access, permanently.”

Several levels of courts have spent years trying to set some rules around handovers of government evidence to Mr. Huang.

Last year, Attorney-General David Lametti made an unprecedented legal intervention to block disclosures that a Federal Court judge had ordered to be made.

This fall, the Crown walked away from half its case against Mr. Huang by staying two of four criminal charges.

The abandoned parts of the prosecution had to do with specific conversations caught on CSIS’s Chinese embassy wiretaps. The Crown still contends it can prove Mr. Huang made incriminating statements about wanting to leak naval secrets to police officers who later arrested him. 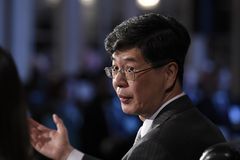 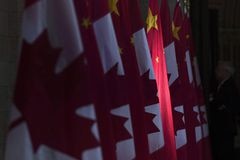