An analysis of data from civilian police watchdogs in Canada shows that most of their investigations do not result in charges against officers.

Charges were laid or forwarded to Crown prosecutors for consideration in three to nine per cent of the cases opened by the provincial agencies, a review by The Canadian Press of their most recent annual reports largely covering 2018 and 2019 found.

Seven provinces have independent police oversight agencies that probe cases of death and serious injury that could be the result of police action or inaction. However, the data was incomplete for some units.

Erick Laming, a PhD candidate at the University of Toronto who studies police use of force and its impacts on Indigenous and Black communities, said the numbers can be interpreted in two ways.

They may be taken to mean that watchdogs cast wide nets in their investigations and officers in most cases were justified in their use of force. But they can also be seen as evidence that the agencies are toothless against a legal system that makes it difficult to prosecute officers, he said.

Under the Criminal Code, a police officer is justified in using force in a lawful arrest as long as the officer acts on “reasonable and probable grounds and uses only as much force as reasonably necessary in the circumstances.”

If they fear for their life or someone else’s and that fear is deemed reasonable, they are typically cleared, he said.

“They have a very long rope when you think about it,” Laming said.

Civilian oversight agencies are relatively new. Apart from Ontario’s 30-year-old Special Investigations Unit, which closed 416 cases and charged officers in 15 of them in 2018, most have been introduced in the past decade.

They’re a welcome addition to police oversight, given that the alternative sees police or watchdogs from outside jurisdictions conduct investigations, Laming said.

“When you have another police service going in to investigate that has no connection to that area, it’s problematic,” he said.

But the agencies aren’t perfect, Laming said. They typically have a high threshold for defining “serious injury” so anything that doesn’t end in hospitalization is excluded from an investigation, he said.

The use of former police officers as investigators is also seen by some as a built-in bias, while Laming said they should strive to include more Indigenous, Black and other investigators of colour.

A Canadian Press review found that of the 167 members involved in these units, 111 are former police officers.

And only some of the agencies are empowered to lay charges themselves, while others can only share the results of their investigations with the Crown, Laming said.

Felix Cacchione, director of Nova Scotia’s Serious Incident Response Team, said officers are expected to use a “continuum of force” when responding to a call.

“The first part of that continuum is trying to reason with the person, calm them down, diffuse the situation verbally and then it progresses from there,” he said.

Cacchione’s team recorded the highest rate of charges among the provincial units, with four charges laid in 44 cases opened in 2018-19. The charges represent nine per cent of all cases opened that year – although charges were laid in 22 per cent of the cases that resulted in investigations.

If an officer enters an empty church and there’s a person 12 metres away “ranting and raving” with a knife, that’s not enough to justify the use of force, said Cacchione. If the person is two metres away with a butcher’s knife, that’s considered a real threat, he said.

Cacchione worked as a criminal defence lawyer for decades before taking the job at the civilian agency in 2018. He said he was shocked to learn police training involves aiming for the centre body mass of someone posing a threat.

“Whenever I would hear someone being shot six, seven, eight, nine times by a police officer, I would think, well what’s going on, this is excessive. Why didn’t they shoot the person in the knee or the arm?”

He said he learned officers are trained that way because they’re likely to miss an arm or a leg. Cacchione recalled watching an instructor with a timer order an officer to shoot the centre body mass three times, then the head twice on the count of three.

Based on what he’s learned, Cacchione said he believes there should be a greater involvement of mental health workers where possible, although there’s not always time in dynamic situations.

Adam Palmer, president of the Canadian Association of Chiefs of Police, said there are many levels of oversight in Canada, ranging from police boards for municipal forces to complaint commissioners and other bodies.

He would welcome the introduction of civilian oversight bodies for incidents of death or serious harm in jurisdictions that don’t have them yet, he said.

“I’m definitely in favour of it,” said Palmer, who is also chief constable of the Vancouver Police Department.

Data from the Independent Investigations Office of B.C. shows Palmer’s police department was investigated 30 times last year, a large number relative to other forces in B.C. The next highest source of complaints was the RCMP’s Surrey and Prince George detachments, with six investigations each.

Although Vancouver with a population of 630,000 is marginally larger than Surrey at 520,000, Palmer attributed the high number of incidents to Vancouver’s role as a hub city that is a destination for people from across the region, rather than training or officer conduct.

In the vast majority of cases, officers were not charged and Palmer said that shows they operated legally.

Nobody wants to see anyone injured during an interaction with police, but it’s unrealistic to expect that’s entirely avoidable, he said.

“Sometimes to get in there and save somebody’s life or assist someone in need you will need to use physical force,” he said. “Not every case will be de-escalated.”

Harsha Walia, executive director of the BC Civil Liberties Association, said oversight of the police wouldn’t need to be reviewed if there was a broader shift to reduce the scope and scale of the departments, including the removal of mental-health calls from their mandate.

“It’s clear we need other solutions,” she added.

When officers are involved in a violent incident, they should be held to a higher standard than other citizens, said Walia.

“There have to be different standards in place based on the power dynamic,” she said.

Seven provinces have civilian oversight bodies that investigate incidents of death, serious harm or sexual assault that could be caused by police action or inaction. The remainder rely on police departments or watchdogs from other jurisdictions.

Here are the rates of charges or referrals to the Crown from their most recent annual reports or online data. In some cases, the units did not specify if the charges relate to a case opened in the same year or a previous year.

The Special Investigations Unit closed 416 cases in 2018. No reasonable grounds for charges were found in 229 cases and 172 cases were terminated because they were found to fall outside the watchdog’s jurisdiction, for example, because the injuries weren’t considered “serious” or the injury had nothing to do with the officer.

The number of closed cases includes occurrences from the previous year that were closed in 2018 and does not include cases that remained open at the end of 2018.

The Independent Investigations Office began probing 127 police-related incidents in 2018-19 and closed 101 of the cases while 26 investigations were ongoing. Of the 101 cases closed, three were referred to the Crown because the watchdog believed there was a likelihood of conviction, for a rate of about three per cent.

An additional six cases were also referred to the Crown based on investigations started in previous years.

The Serious Incident Response Team opened 44 files in 2018-2019. Twenty-five developed into investigations, seven of which were ongoing.

Four charges were laid in incidents that occurred that year, for a rate of nine per cent of total cases opened or 22 per cent of investigations conducted.

An additional charge was laid in an investigation launched the previous year.

The 2018-19 annual report for the watchdog in Quebec shows 36 of 43 investigations were still in progress, while two had been referred to prosecutors.

In the previous year, 45 investigations were launched and three were ongoing. Three cases were referred to the Crown, however, it’s unclear which year the incidents occurred. Thirty-nine probes were terminated without charge recommendations.

The Serious Incident Response Team was established last year and named its first director in September. It has not yet posted any completed investigations online. 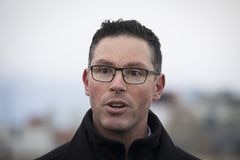 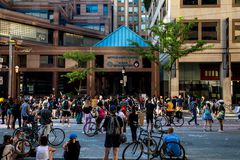 Durham police chief fighting back on order to drop charges against officer
June 29, 2020 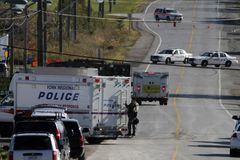