Companies have announced shutdowns or curtailments in more than two dozen mills in the province, putting hundreds out of work and slashing economic growth predictions. Advocates are calling for urgent government action to stem the bleeding.

“Something needs to change immediately or these small communities that don’t have other employers are going to wither and die,” said Marty Gibbons, president of United Steelworkers Local 1-417, based in Kamloops, B.C.

The local represents hundreds of forestry workers who have lost jobs in Interior communities including Merritt, Clearwater, Vavenby and Clinton.

The largest driving factor is the province’s complex stumpage system that results in high fees, he said.

“These are private businesses. If they can’t turn a profit, there’s no reason for them to run. Right now, it’s not the markets that are the issue. It’s the cost of the logs,” he said.

Stumpage is a fee businesses pay when they harvest timber from Crown land. The B.C. government calculates stumpage annually, so the system is less responsive than in Alberta, where monthly adjustments are made, Gibbons said.

The Forests Ministry said stumpage fees are based on market demand and the current rates reflect the scarcity of timber supply that has resulted from the mountain pine beetle outbreak and been exacerbated by several severe fire seasons.

Intervention in the stumpage system would weaken the legal case in the appeals of the duties imposed by the United States on softwood lumber from Canada, the ministry said in a statement.

“It is well-known that any interference in B.C.’s market-based timber pricing system would lead to an increase in softwood lumber duties levied by the U.S.,” it said.

Most of B.C.’s forest land is publicly owned, so companies have long-term tenure rights and the government charges them stumpage to harvest trees. In contrast, most land in the U.S. is private and companies face costs associated with replanting.

“That’s what the stumpage fee is all about,” explained Ken Peacock, chief economist of the Business Council of B.C. “It tries to equate, if it was privately owned, what the cost would be to operate and manage and reforest the land.”

Peacock said the high cost of logs is the major cause of the industry’s decline in B.C. He also blamed the mountain pine beetle and record-breaking 2017 and 2018 fire seasons for decimating supply.

The government is developing a caribou habitat protection plan that the industry expects will further restrict access to northern timber, he said, and it’s promised to implement the United Nations Declaration on the Rights of Indigenous Peoples without explaining how companies are meant to fulfill its requirement of “free, prior and informed consent” from First Nations.

The NDP government has also introduced Bill 22, which would control tenure transfers. Currently, a company that is scaling back or shutting down a mill can transfer its tenure to one that is operating, but the government wants oversight over these transfers to protect the “public interest,” a term not defined in the legislation, Peacock said.

“The picture here in B.C. is we are a very high cost jurisdiction. It’s actually less costly to operate in Alberta and companies can make a profit milling lumber and producing two-by-fours in Alberta.”

On top of all that, market conditions in North America are softening, he noted.

Forestry is the no. 1 engine that drives B.C.’s economy with nearly $15 billion in annual exports, representing one-third of the province’s international merchandise exports and the largest segment by far, said Peacock.

The Business Council of B.C. just trimmed its 2019 economic forecast in part because of the forestry downturn, from 2.2 to 2 per cent growth, he said. The B.C. government also just cut its forecast to 1.7 per cent, citing mill closures in part.

The Forests Ministry said the challenges the province is facing have been in the making for many years and the previous Liberal government ignored them and failed to help the sector and communities adapt.

“We have laid out a process ... to bring together industry, First Nations, labour and communities to address the challenges and build a sustainable sector to protect jobs.”

Opposition Liberal forestry critic John Rustad has blamed the current government’s policies for “killing the industry” and resulting in more layoffs and closures. 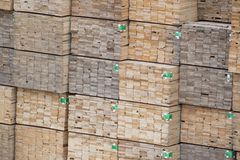 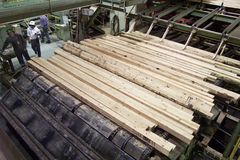 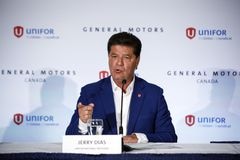