Two retired judges of the Supreme Court of Canada say 50 years is too long to seal internal court documents revealing the communications between judges on cases.

John Major of Alberta called the half-century embargo “too long for any useful purpose” and Louis LeBel of Quebec said the judges will be “a part of history” long before researchers gain access to the files.

The court signed an agreement with Library and Archives Canada last June to transfer files relating to correspondence between judges as they deliberate after hearing a case, but before producing a public, written ruling. The files are not covered by federal access to information law. They are to become publicly accessible in 50 years. In the United States, Britain, Australia and in other Canadian jurisdictions, judges can decide what to do with such documents after retirement. At one time, Canadian Supreme Court judges had similar rights to their own files.

Related: Supreme Court of Canada to keep records of deliberations secret for at least 50 years

In announcing the agreement, which attracted little attention at the time, the court said it would “ensure that the case files of Canada’s highest court will be preserved and accessible to future generations.”

Chief Justice Richard Wagner has declined to publicly explain the rationale of the new policy and the court’s executive legal officer, Gib van Ert, would only point to the joint news release from the court and the archives issued last June.

However, Frank Iacobucci, a member of the court from 1991 to 2004, explained the judges’ concern: that full, candid exchanges, carried out in an expectation of confidentiality, are an essential part of the court’s work.

“Look, it’s a human process,” he said in an interview with The Globe, “and there are very strong opinions on it. If that strength of opinion is taken out of its context it could be made more of than is there. People can be sensitive to having that [happen] – you want candour.”

Mr. Iacobucci added: “I wouldn’t say there should be censorship but 50 years, or 25 years, or some period of time thereafter, I won’t get into the year-debate ... it seems to me it loses its sensitivity.”

A spokesman for Justice Minister Jody Wilson-Raybould said it would be inappropriate for her to comment on the 50-year embargo. “This agreement is between the Supreme Court and the Library and Archives Canada. The Attorney-General respects the independence of the judiciary,” spokesman David Taylor said.

Murray Rankin, justice critic for the New Democratic Party, called the 50-year embargo “shocking.” He said he appreciates that the court is ensuring the transfer of documents and can understand waiting 20 years, but said access should be permitted to historians in a meaningful period.

“Historians are the keepers of our institutional memory of our nation,” he said in an interview.

“There’s no sense or reason,” he said by telephone from Calgary, adding, “unless they’re taking themselves too seriously.”

He served on the court from 1992 to 2005. In 2006, then-prime minister Stephen Harper appointed him to lead a federal inquiry into the 1985 bombing of Air India, Canada’s worst terrorism incident.

“I remember that a lot of judges would write to the author of the circulating judgment to say they agreed with this, didn’t agree with that, can you move this, is it better to say that.”

But he said he is hard pressed to remember anything of consequence in those communications.

“I don’t know why this 50-year ban. I can’t describe it. It’s just too long for any useful purpose.”

Jim Phillips, editor-in-chief of the Osgoode Society for Canadian Legal History, which has overseen the publication of several biographies of Supreme Court judges, also said he did not understand why the embargo had to be nearly so long.

“I could see a rule that said ‘nothing that referred to a sitting judge.’ But nothing like 50 years.”

John English, a historian and author of a biography of Pierre Trudeau, said that, decades ago, 50-year embargoes on access to government files gave way to 30 years and then 20. He said the documents disclosing Supreme Court deliberations is critical to understanding how the country’s most powerful judges dealt with major issues since the 1982 Charter of Rights and Freedoms took effect.

Supreme Court of Canada to keep records of deliberations secret for at least 50 years
May 14, 2018 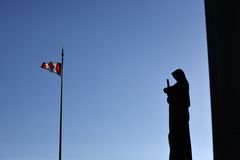 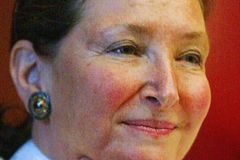