This time of year, with the temperature plunging below -20 C, a snowmobile and an ice chisel are required tools for anyone in Tataskweyak Cree Nation in need of fresh water.

There’s the bottled stuff, trucked into town courtesy of the federal government, but the weekly shipment of 1,500 cases is only sufficient to meet basic consumption needs. For cleaning, cooking and basic hygiene water, many residents need a supplementary source. And rather than use their tainted tap water, they follow a snowmobile trail several kilometres to Assean Lake, pails in hand.

“What are they going to do?” Chief Doreen Spence said. “Most people here don’t trust the tap water at all.”

Like 39 other First Nations communities across the country, Tataskweyak is under a boil-water advisory. While that number had dropped significantly since 2015, when the Liberals came to power on a pledge to eliminate all First Nations boil-water advisories within five years, many of those remaining have proven difficult to resolve.

Just two years ago, Ottawa spent $12-million upgrading the Tataskweyak treatment plant, but residents say their blemished skin is evidence that decades of neglected infrastructure and broken promises are continuing, according to a class-action lawsuit filed on behalf of Indigenous communities across the country and certified in Manitoba’s Court of Queen’s Bench earlier this year.

“I notice a lot of our members have rashes on their bodies,” Chief Spence said. “It’s all ages. Young to old.”

To back those claims, the community has released photos of three local children whom they say developed full-body rashes after bathing in tap water. Michael Rosenberg, one of the lawyers heading the suit, said the symptoms tend to disappear when affected residents have an opportunity to bathe in the nearest city of Thompson, roughly 120 kilometres southwest.

“These are kids,” he said. “What did they do to deserve these circumstances? It’s a very unfortunate situation where a community can’t provide better water for its children.”

A spokeswoman for Indigenous Services Minister Marc Miller said the government respects the right of indigenous groups to seek court intervention while pointing out that it has committed more than $3.5-billion towards providing clean drinking water in indigenous communities. In Tataskweyak alone, Ottawa has invested more than $23.5-million in water and wastewater upgrades since 2016, according to a statement from Indigenous Services Canada.

With extensive hydro development in the region throughout the 1970s, Ottawa guaranteed it would provide clean drinking water to Tataskweyak in the 1977 Northern Flood Agreement. A water treatment plant drawing from Split Lake was built in 1987 and expanded in 2004. But it does not connect to all homes, requiring regular truck deliveries to household cisterns.

In recent years, floods, upstream sewage discharge and rising waters brought on by extensive hydroelectric development have spoiled water quality in Split Lake, where the Nelson and Burntwood rivers meet before draining into Hudson Bay.

Court documents state that the lake has been contaminated by feces and toxic blue-green algae blooms have become common. Fishermen regularly catch fish “covered with grotesque lesions” and the community erected signs to deter swimming there.

Following a flood in the spring of 2017, residents began falling sick with stomach and skin ailments after consuming the local water, prompting a boil-water advisory that remains in effect.

A $12-million treatment plant upgrade from the federal government added an ultraviolet light phase to kill bacteria and viruses in the water. “Nevertheless, heavy doses of chemicals are required to treat the water from Split Lake, which is turbid, discoloured and dangerous,” according to the lawsuit.

Since 2006, Tataskweyak has proposed constructing a 10-kilometre pipeline between the existing treatment plant and Assean Lake, which feeds from cleaner sources, at a cost of $13-million. The government’s refusal to act on the plan prompted the community to pursue clean drinking water through the courts.

“It is certainly our client’s wish to avoid litigation if at all possible,” Mr. Rosenberg said. “And they’ve been heartened by some of the statements that Minister Miller has made, acknowledging Canada’s responsibility for the provision of clean drinking water on reserves and committing to follow through on that obligation. At the same time, however, our clients have been frustrated by the seeming failure to translate the minister’s calls to action into real action.”

The Tataskweyak experience closely parallels that of Neskantaga, the Northern Ontario community that’s been the site of Canada’s longest-standing boil-water advisory. Last year, repeated problems with a $16-million water-plant upgrade forced the 200 residents to evacuate to Thunder Bay for two months.

Last spring, Neskantaga joined a second class-action lawsuit over drinking water, this one filed in a federal court. Both the Tataskweyak and Neskantaga claims allege Ottawa breached its fiduciary duties to First Nations people as well as the Constitution Act and sections of the Charter of Rights and Freedoms guaranteeing security of the person, equitable treatment and freedom of religion.

The conditions in Neskantaga, Tataskweyak and scores of other communities forced Mr. Miller to acknowledge earlier this month that Ottawa will fall short of a goal to provide drinkable water to ever First Nations community by March, 2021.

“All we want is clean drinking water for our members,” Chief Spence said. “What we’re asking for is a right every Canadian deserves. Why not us?”

Rodney Levi’s family calls for release of report into his death
January 8, 2021 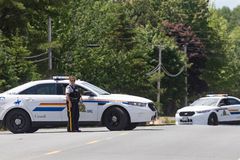 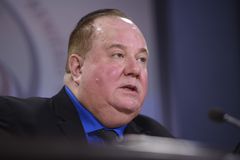