First Nations leaders in northwestern Ontario are keeping most of their pandemic restrictions as the rest of the province moves toward reopening businesses and public spaces.

When the pandemic was first declared in March, First Nations in Ontario and across the country were swift to enact their own border restrictions, setting up checkpoints and prohibiting visitors.

Community members who had to travel to cities for essential medical appointments and emergency reasons were isolated for 14 days when they returned. Many communities feared a positive COVID-19 case could lead to an outbreak that had the potential to spread quickly because of overcrowded homes and the lack of infrastructure and resources required to contain the virus.

Nishnawbe Aski Nation Grand Chief Alvin Fiddler, whose organization represents 49 communities in northwestern Ontario – most of them remote and accessible by plane only – said the restrictions and hard work of the leaders and communities in the north have paid off as only two communities in Nishnawbe Aski Nation – Eabametoong, a fly-in community northeast of Thunder Bay, and Mishkeegogamang, a rural First Nation north of Sioux Lookout – have reported positive cases of COVID-19 to date, all of which have been resolved.

And the communities want to keep it that way.

“We are not on the same level in terms of the readiness of our communities to even begin to consider reopening,” Chief Fiddler said.

“We’ve asked [the province] to respect the wishes of our communities, the extraordinary measures our leadership has taken and will continue to take,” he added. “Other jurisdictions need to respect those measures.”

Ontario’s First Nations aren’t the only ones being cautious. Many First Nations across the country are asking non-residents and non-members to stay away from their territories to prevent the spread of the novel coronavirus.

The Haida Nation in British Columbia recently announced its first COVID-19 case after a community member notified health officials of their positive test result. This comes as tensions escalate between residents of Haida Gwaii and fishing lodges in the area that have reopened to tourists, despite the First Nation’s state of emergency prohibiting non-residents to the islands on B.C.‘s north coast.

Indigenous Services Canada has reported 366 confirmed cases on First Nations reserves since the pandemic started, including 46 in British Columbia, 61 in Ontario and 139 in Alberta.

In northwestern Ontario, most scheduled passenger flights that service the remote north have been grounded since April, with airlines complying with communities that have restricted travel except for emergencies, essential medical appointments and front-line workers such as health care staff, police and contractors.

Some communities are now allowing residents to travel to other surrounding First Nations for funerals and family emergencies, but only if the community doesn’t have any active or reported cases. Visitors from cities and towns are still prohibited from entering the communities.

North Star Air operates passenger and cargo flights to northern communities in Ontario, Manitoba and Nunavut. The airline said it is following directions from the communities it services and while passenger flights are down, cargo is up and charters take nurses and doctors into the remote north on a two-week rotation.

On June 30, a North Star Air passenger plane chartered by Health Canada for medical patients was en route to Sachigo Lake First Nation when the airline was informed 15 minutes before landing that one of the passengers had tested positive for COVID-19.

When the plane landed, no one was let off and instead they were sent back to Sioux Lookout where the passengers and pilots were immediately isolated.

According to Dr. Terri Farrell, medical director for Sioux Lookout First Nations Health Authority who is overseeing pandemic public health management for 33 First Nations in its district, patients from the north are automatically tested before a surgical procedure at the Menoyawin Health Centre in Sioux Lookout. She said there is limited testing for patients before they return home.

The health authority’s public health physician, Dr. John Guilfoyle, says First Nations have the difficult task of balancing restrictions to keep the virus out and ensuring community members have access to medical care not related to COVID-19.

“The First Nations communities have three times, on average, the rate of morbidity from all the common illnesses whether its diabetes, heart disease. So therefore you actually have a much more vulnerable population in terms of background illness,” Dr. Guilfoyle said.

Muskrat Dam First Nation resident Gideon Thunder, who suffered a heart attack a year and a half ago, needed urgent care in June when he began to experience shortness of breath. He was medevaced to a hospital in Sioux Lookout and put into isolation for three days until his COVID-19 test came back negative. He’s now being treated as an outpatient with more tests to determine why he’s still experiencing shortness of breath.

When Mr. Thunder is discharged from the hospital, his travel back to Muskrat Dam will be co-ordinated by his community’s pandemic team to ensure an isolation unit is available for him.

Dr. Farrell said most of the communities have isolation measures in place when community members return home from medical trips. “That is the absolute best firewall or best protection for the community from somebody bringing COVID into the community. So that’s a gold standard in the public health recommendation,” she said.

Dr. Farrell said a regional task force is developing terms of reference as it looks to reintroduce medical services to the north. She said COVID-19 will be around for a while, so it’s important to be prepared rather than scared to ensure people are getting the care they need and deserve.

“So we need to create really good safe pathways from the home community to Sioux Lookout and to the hospital and back home again,” she said.

While public health officials in the region have said their isolation from the rest of the province has been an advantage to keeping the number of cases down, First Nations say they have to remain vigilant.

Chief Fiddler said part of the focus is now on how to keep community members safe from existing social issues compounded by further isolation from vital resources such as mental-health supports.

Dr. Farrell said there has been 11 suicides in the Sioux Lookout First Nations Health Authority’s district since the pandemic started. 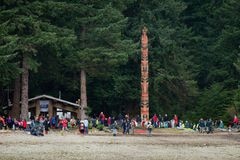 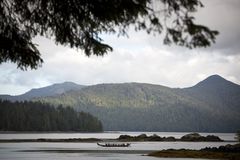