For years, Chrissy Isaacs watched her grandfather struggle with the symptoms of mercury poisoning. He was a fisherman and a guide, his health damaged by the contaminated fish he ate.

Today, she worries about the fourth generation of his descendants. Her daughters, 18 and 13, are showing signs of neurological issues she believes are linked to the same mercury contamination that has devastated her community.

Generation after generation, Grassy Narrows First Nation has seen its crisis painfully prolonged. It has been almost 50 years since the revelation its fish had been poisoned by tonnes of mercury dumped into its river system by a paper mill owned by Reed Paper Ltd., in the Northern Ontario city of Dryden. 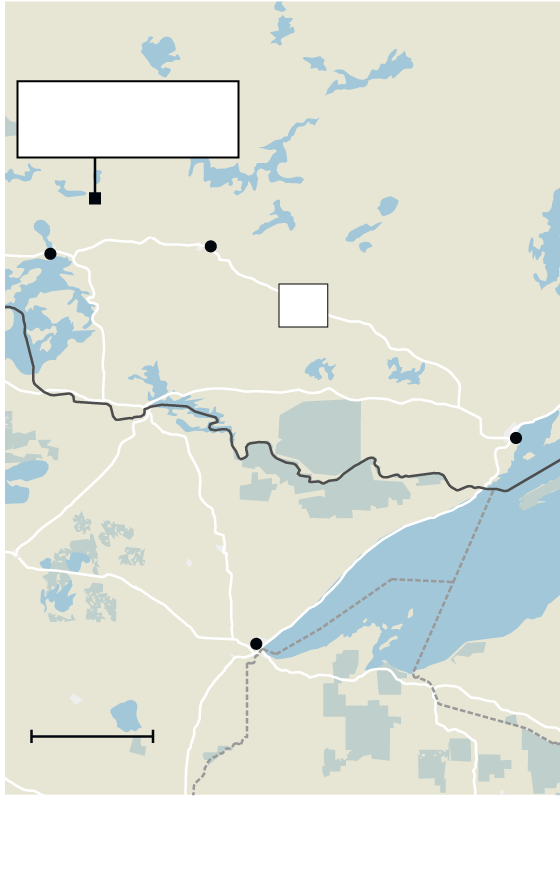 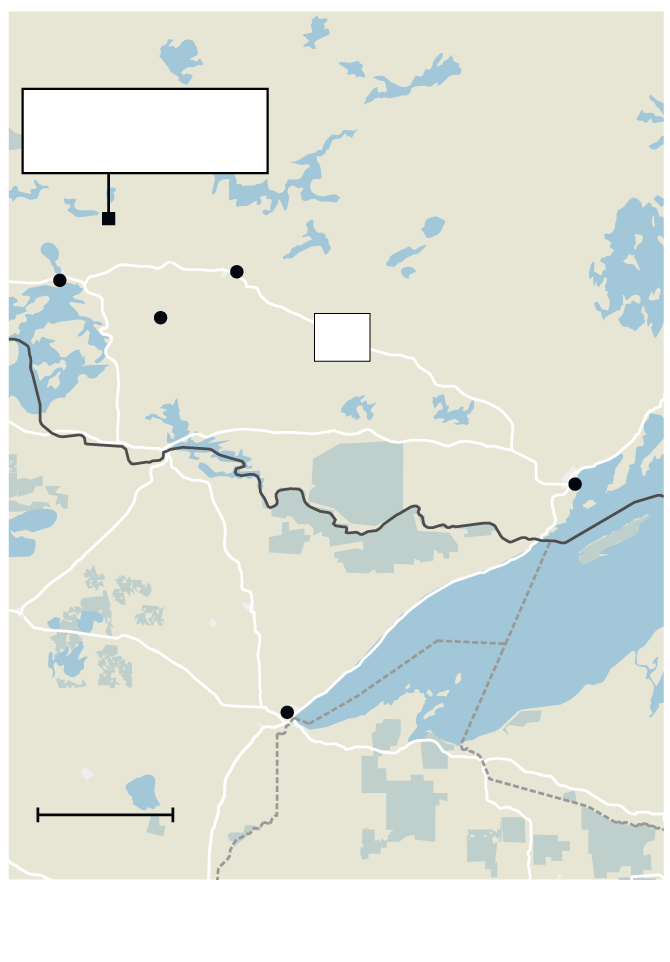 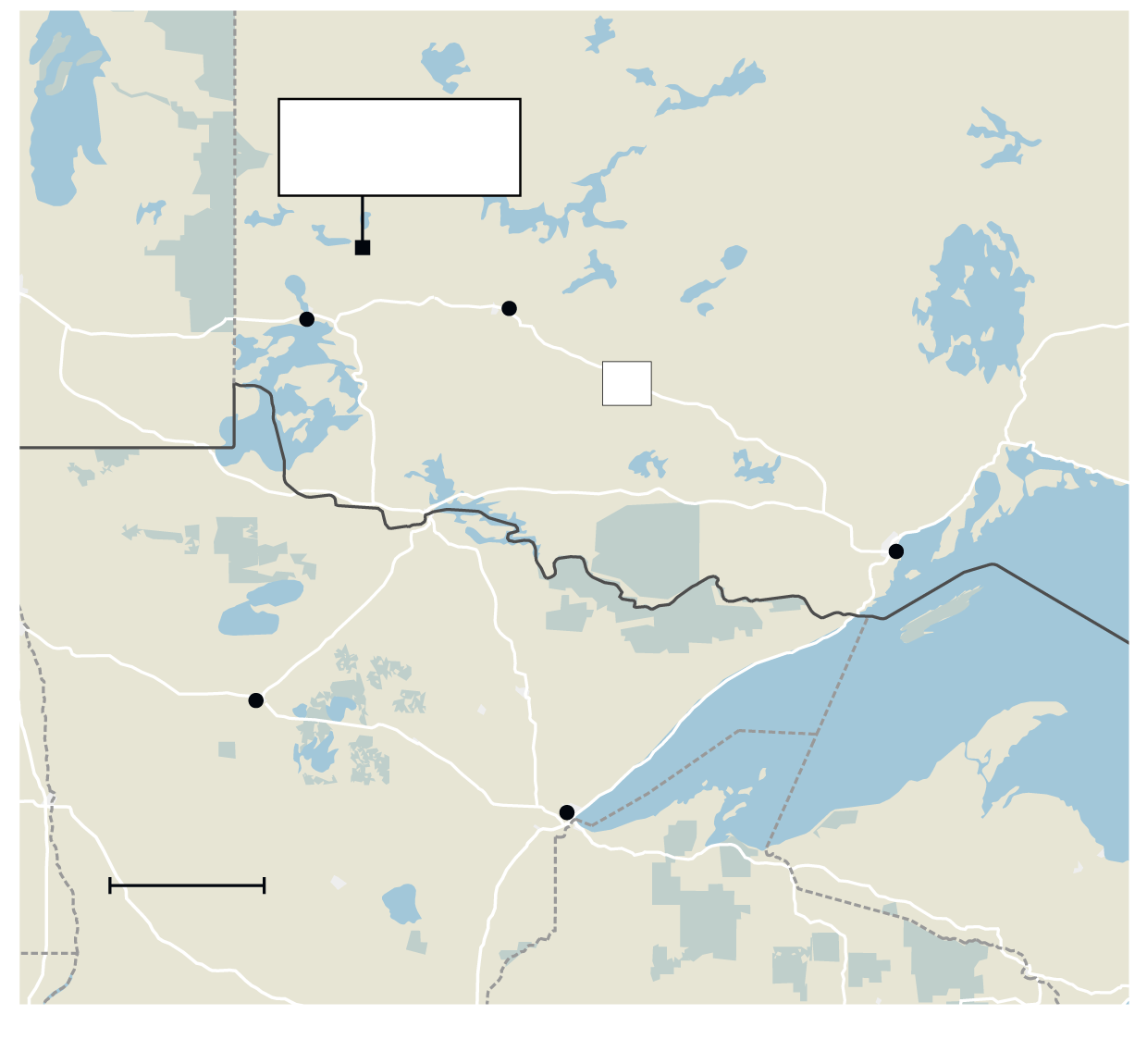 Recent studies by Montreal-based scientist Donna Mergler have found strong evidence – from umbilical-cord blood tests and community surveys – confirming the mercury damage is persisting from mothers to children. Children at Grassy Narrows are four times more likely to suffer from learning disabilities or nervous-system disorders if their mothers had regularly consumed fish during their pregnancies, one study found. (Dr. Mergler, professor emerita at the University of Quebec at Montreal, was the lead scientist in the studies, which were commissioned by Grassy Narrows First Nation.)

The crisis has emerged as a federal election issue, raised by candidates and audience members at national and local candidate debates since the beginning of the campaign. Activists have urged the party leaders to commit to building a treatment centre and hospice at Grassy Narrows for the victims.

In Toronto, thousands of people chanted, “Justice for Grassy Narrows" during a march for action on climate change in late September, and the mercury issue was debated again by candidates for the riding of Toronto Centre in early October. This week, at the first English-language debate of the federal leaders, NDP Leader Jagmeet Singh complained that Liberal Leader Justin Trudeau had mocked a Grassy Narrows supporter at a fundraiser, while Mr. Trudeau insisted that “money is not the objection” in the delays to the treatment-centre project.

A specialized medical clinic, with staff who understand the complexities of mercury poisoning and how to diagnose the syndrome, could be crucial for the people of Grassy Narrows. Without it, they must travel for treatment in Kenora or Thunder Bay or Winnipeg, where doctors often wrongly assume their neurological or mental symptoms are due to alcohol abuse, Ms. Isaacs says.

“The doctors don’t really know much about mercury poisoning and they come up with different diagnoses,” she told The Globe and Mail, speaking on the stairs outside her small home. “A lot of people end up being treated for unrelated issues. A lot of times we hear negative comments in the hospitals, claiming that our issues are due to drinking.”

She recalls her grandfather, in his dying days, saying he dreamed of getting care in his own community. But he died before the treatment centre could be built. Now, at 39, Ms. Isaacs hopes it will be built in time for her own treatment. Tests showed she was born with a dangerously high level of mercury in her blood. She suffers tingling and numbness in her hands and feet, and she is sometimes too weak to open a jar or a bottle. Like many people here, she is plagued by depression and anxiety.

“There’s a worry that the treatment centre is not going to happen and people will have to keep struggling to get help,” she said.

The federal government promised in 2017 that the treatment centre would be built, but Grassy Narrows leaders have accused Ottawa of delaying the project by offering only $10-million, far short of the $19.5-million budget recommended by a federally funded study.

Indigenous Services Canada has pledged to fulfill its two-year-old promise. “We will get this facility built,” spokesman William Olscamp told The Globe last month. “We will continue discussions on this with community leadership until we reach a consensus.”

But with an election campaign under way, there is no guarantee the next government will fulfill the current one’s promise. The people of Grassy Narrows are increasingly fearful that the treatment centre will never be built. (Conservative election campaign officials did not respond to questions from The Globe about the party’s position on the centre. The NDP has spoken out strongly in support of the project, and on Saturday Mr. Singh visited the community. Grassy Narrows Chief Rudy Turtle is the NDP candidate for Kenora.)

Almost half a century after the mercury dumping began, a study by a Japanese scientist in 2010 found that 59 per cent of the residents he examined were showing signs of mercury poisoning in both Grassy Narrows and nearby Whitedog First Nation. Only a small fraction of them were receiving compensation payments.

The provincial Environment Ministry is currently investigating new reports of historical mercury dumping, after a former employee raised concerns about buried barrels of waste. Gary Wheeler, a spokesman for the ministry, said a field assessment was conducted at the alleged location and test results from a well at the site were reviewed. So far, there are no indications of mercury dumping, Mr. Wheeler said, adding that officials are assessing how best to investigate other locations.

“The ministry takes the concerns expressed by the former employee very seriously, and we recognize the importance of determining if there are buried barrels of mercury at the Dryden industrial site,” he noted.

Bill Fobister, a 73-year-old former chief of Grassy Narrows, says he hopes to move into the treatment centre if it is built by the time his own mercury-poisoning symptoms require it. He has seen too many elders dying in hospitals in distant places, far from their families and ancestors.

“Our elders die because they’re lonesome,” he told The Globe. “If they had a home here, it would alleviate some of the loneliness.”

Mr. Fobister’s family is an example of how mercury’s effects have persisted from generation to generation.

In the 1960s, from the age of 14, he worked as a fishing guide for U.S. tourists in the river near his home, eating a “shore lunch” of freshly caught walleye every day. Today his eyesight is impaired by a worsening tunnel vision, his senses of taste and smell have been damaged, and his hands and legs tingle, as if “jabbed by little pins,” he said.

He receives a monthly $350 payment from a mercury-disability fund. But now, he sees the younger members of his family with similar symptoms.

“I think mercury has killed our immune system,” he said. “If there’s a sickness, we catch it right away. I see it every day. Young people in their 40s and 50s are dying.”

His granddaughter, Betty, is in a wheelchair. She, too, receives compensation from the mercury board. Because there is no treatment centre in Grassy Narrows, she is obliged to live in a foster home in Fort Frances, about 280 kilometres away, where she can get physical therapy.

In the 1970s, Mr. Fobister travelled to Japan and met victims there of mercury poisoning, widely known as Minamata disease because it was first identified in the Japanese city of Minamata in 1956. He saw that the victims had impaired speech and clenched hands – the same symptoms he sees in his granddaughter.

“She’s very fragile and crippled, and she can’t talk either,” he said. “I’d like to see her more often, but it’s very hard. She is quite far away.”

Mr. Fobister’s cousin, Steve Fobister, was a former chief of Grassy Narrows who suffered from mercury poisoning and died last year. And now Steve’s grandson, 22-year-old Darwin Fobister, has the same symptoms. He suffers from headaches, seizures, asthma, memory loss, depression and numbness in his limbs.

“I feel it’s getting worse,” he told The Globe. “I twitch for no reason sometimes and I get scared. I shake when I try to sleep. I’m scared to take a shower because my balance is affected and I could fall.”

He and his mother are both receiving compensation from the Mercury Disability Board, which was created under federal and provincial legislation to administer compensation from the two governments and two pulp-and-paper companies. But a treatment centre in Grassy Narrows would save lives, he says. He is growing weary of visits to doctors in distant towns who know nothing about mercury poisoning. “They just give you Tylenol.”

With a report from Renata D’Aliesio in Toronto