A Gwich’in story of creation says that man and caribou were created with a piece of the other’s heart in his own. Accordingly, the fate of the animal and the people are said to be intertwined.

The Gwich’in people, 7000 of whom live in the western part of the North America near the Arctic Circle, on the coast of the Beaufort Sea, have for thousands of years been dependent on the caribou; the animal has, for them, both spiritual and physical significance.

But their relationship has never been more in peril. As Indigenous groups assembled at the Biannual Gwich’in Gathering in the Northwest Territories this summer, the fate of their land – and its inhabitants, human or otherwise – was the focus of discussion.

In September, scientists at a conference in Ottawa warned that every type of caribou in Canada on a pathway to extinction. While the threats caribou face are complex and vary by region, the common denominator is human activity, primarily through resource development and, increasingly, climate change.

The Gwich’in traditional territory spans the Alaskan coastal plain, Yukon and the Northwest Territories. Since 1977, part of the U.S. land, a portion of the Arctic National Wildlife Refuge, known as the 1002 area, has been proposed drilling grounds, valuable to oil companies for the reserves that lie beneath the land. But the area is of special significance for the Gwich’in; it’s called Izhik Gwats’an Gwandaii Goodlit, the Sacred Place Where Life Begins – the Porcupine caribou calving grounds. For years, Republicans and Democrats have played tug-of-war with the 1002 area, with Democrats pushing to prevent oil exploration there. A year ago, the Republicans passed a tax bill with a provision to allow drilling in the area. The Trump administration is attempting to begin seismic testing in the Porcupine caribou calving grounds as soon as December.

Although the Gwich’in Gathering is largely a social event focused on preserving culture and language, its history is tightly intertwined with the history of the political battle for the Arctic Refuge and caribou calving grounds. (The first Gathering took place in 1988, shortly after the US Department of Interior published a report on the oil and gas potential of Alaska’s Coastal Plain.)

“The caribou are a renewable source of energy,” Vuntut Gwitchin Government councillor Dana Tizya-Tramm from Old Crow, Yukon, said to the gathering. “They’ve been around for two million years, and they will be around for another two if you leave them alone.”

For the Gwich’in, opening the Arctic National Wildlife Refuge to resource exploration is more than just an environmental issue. In an area of the country where supermarket food is notoriously expensive, the caribou are a key source of food security. ”When my people have to eat from microwaves and boxes,” Mr. Tizya-Tramm continued, “then we will cost you in doctors, in medical expenses. We will cost you more than it’s worth for the 10 to 12 years of oil you can get from the Arctic Refuge.” The assembled delegates nodded their heads in agreement.

Old Crow is Yukon’s only community not connected by road to the rest of the territory. The isolation has been a blessing – it helped to preserve the language, culture and traditional hunting, fishing and trapping practices among the residents. It also makes them extremely vulnerable to any changes in the ecosystem that has been feeding them for generations.

This quiet Vuntut Gwitchin community of about 250 people sits on the shore of the Porcupine River, from which the local caribou herd takes its name. Each fall and spring the caribou cross the Vuntut Gwitchin lands during their annual migration between their calving grounds in Alaska and the winter grazing grounds in the Richardson Mountains in the Northwest Territories. According to the Porcupine Caribou Management Board, the herd is now estimated to count around 218,000 animals. While other barren ground caribou herds in North America have been in drastic decline, the Porcupine herd is at an all-time high since monitoring began in the 1970s.

According to the U.S. Fish and Wildlife Service, a combination of factors makes the area optimal for the caribou to have their young. A relatively lower number of predators and access to highly nutritious food seem key factors why cows travel great distances while pregnant and depleted from winter to reach the coastal plain in time for calving. The caribou, particularly pregnant and nursing cows, are extremely sensitive to disruption and development in their environment. Studies have shown that caribou tend to move away from disturbances such as roads, people and vehicles during the calving season. Displacing the Porcupine herd from their calving grounds could lead to higher calf mortality, and prevent the cows from getting proper nutrition, which in return could impede their ability to have calves the following year. These factors would inevitably lead to the decline of the herd.

Although nowadays the significance of traditional harvesting for the local economy varies from community to community, it is still an essential part of Gwich’in identity and culture. Those living the closest to the land have the most to lose.

According to resources published by the Vuntut Gwitchin First Nation, caribou consumption was, historically, as high as 80 per cent. Old Crow residents estimate that when caribou meat is available, it constitutes between 30 per cent to 60 per cent of their diet. The town has a full-service grocery store but, despite being subsidized by the Nutrition North Canada program, according to a recent study by the Yukon Anti-Poverty Coalition, the community remains the most expensive place in the Yukon to purchase groceries.

Former Vuntut Gwitchin Government councillor Brandon Kyikavichik says that his people have thrived in one of the harshest climates on Earth thanks to the caribou, and that they have a moral obligation to protect them. Old Crow residents and elected officials have been long-time vocal opponents of developing the 1002 lands. After the relative sense of security during the Obama presidency, Mr. Kyikavichik recalls the day Donald Trump was elected as a bad dream – an overwhelming sense of disbelief, as if it wasn’t really happening. But, he says, this is not the time to give up. It’s the time to keep fighting.

Old Crow is facing challenges on more than one front. With the Arctic warming up almost twice as fast as the global average, the caribous’ habitat is changing, and it’s affecting migration patterns. Paul Josie, a hunter, outdoorsman and councillor with the Vuntut Gwitchin government, points out that factors such as later freeze-up and earlier breakup, taller vegetation and thawing permafrost may affect the path the caribou choose to take.

Despite being attached to its traditional ways, Old Crow also embraces technological changes, keeping pace with the modern world. Alongside their efforts to stop fossil fuel exploration in the Arctic National Wildlife Refuge, Vuntut Gwitchin First Nation is blazing the trail in the field of renewable energy in the circumpolar world. The community is building a 940-kilowatt solar array that is expected to save 180,000 litres of diesel fuel a year, starting in 2019. The solar project is expected to reduce Old Crow’s carbon footprint by 24 per cent. In partnership with ATCO Electric Yukon, the Vuntut Gwitchin Government is already looking into fully converting to renewable energy. “We live in an ecosystem that’s extremely sensitive,” Mr. Kyikavichik says. “We want to be a part of generating resources and creating opportunities but we’re not going to compromise and develop our lands. There must be another way. There is always a way.” 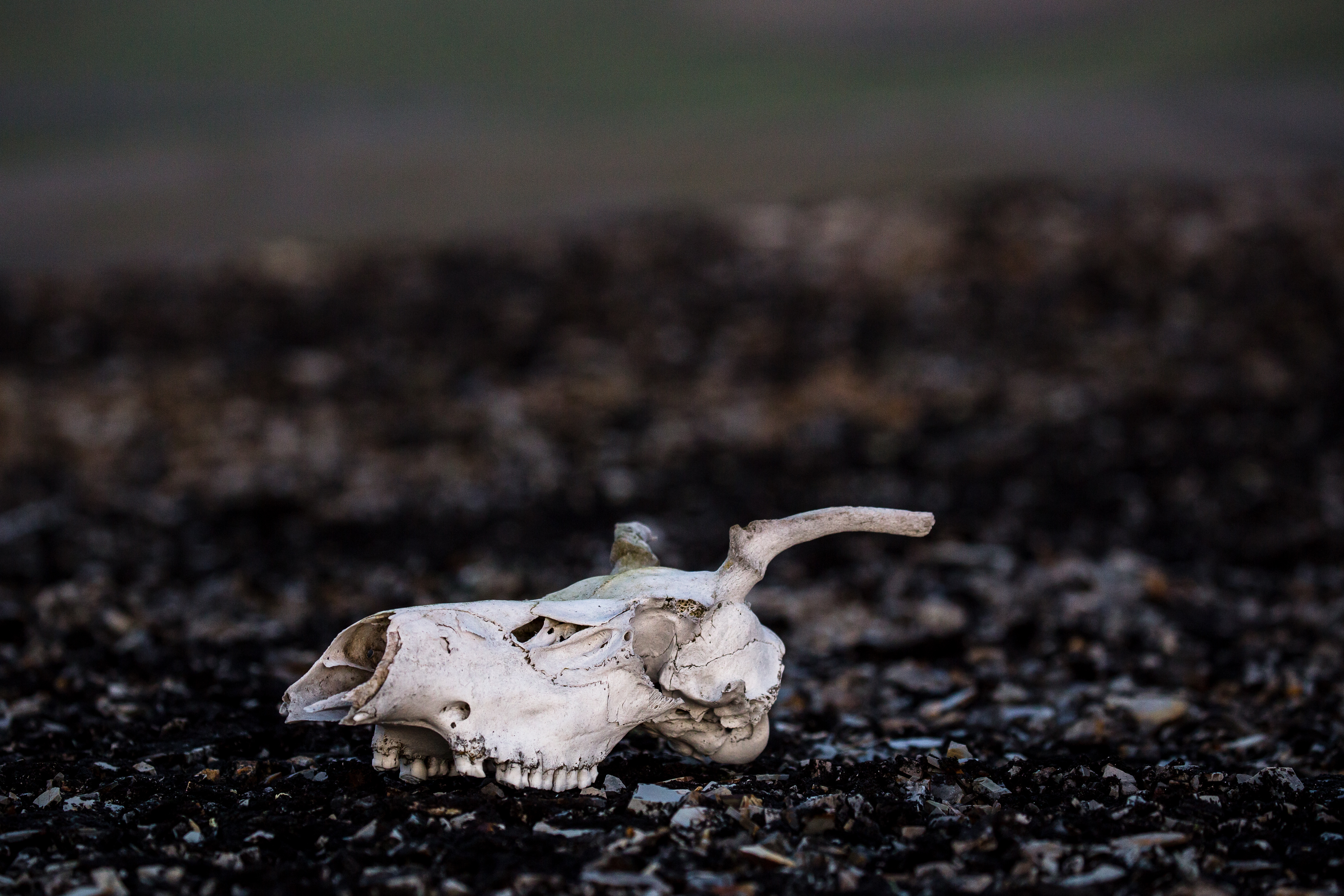 A hard road ahead for caribou

Across Canada, caribou are on course for extinction, a prominent expert warns. What happens after that? Ivan Semeniuk reports