At this rare moment in history, the Finance Minister’s mission is relatively straightforward: throw money at the problem.

Some of the details may be complex, but Bill Morneau’s basic job in responding to the coronavirus and the economic uncertainty it has created is to pump money into the economy. Enough money to convince the public that things won’t be so uncertain by the fall. That means going big.

It certainly means going a lot bigger than the package that was put forward in the United States, which will expand sick leaves and benefits for time off work. The Canadian government must do that, too, but with the level of anxiety racing higher daily, Mr. Morneau will have to signal that he will be sending out cash to Canadians on a major scale.

There isn’t much real detail yet on the stimulus package the Finance Minister is set to unveil this week – on the weekend, officials were still unwilling to confirm the day Mr. Morneau will release it.

Last week, bank economists and Alberta Premier Jason Kenney led calls for a stimulus plan of around $20-billion. If anything, the firehose of coronavirus developments, and the anxiety around it, has kept expectations rising. Mr. Morneau has to get ahead of it.

That’s not economics so much as political psychology. It is not enough to say that if things get worse you will do more – you have to convince people you are doing enough.

If you think it shouldn’t be hard to persuade a Liberal Finance Minister to spend money, then you also have to factor in the tendency in chaotic times to want to wait and see. Perhaps Mr. Morneau would think about his promises that he’d keep Canada’s debt-to-GDP ratio from rising. But those promises will be blown away now, anyway. There is more danger in being timid than overreacting.

And, as University of British Columbia professor of economics Kevin Milligan noted, Ottawa does have fiscal capacity to spend a lot more than $20-billion in a crisis.

He noted that as coronavirus concerns lead people to work less and spend less, business will see revenues dip, and suppliers might not want to ship to clients fearing they won’t pay their bills. A stimulus package has to convince people that businesses will survive and that there will be money in the economy.

Prof. Milligan said he thinks Mr. Morneau will try to build a big, broad, short-term stimulus package that gets a lot of money into the economy within a few months. If it turns out the coronavirus is having a longer-term impact, it can be extended for longer.

The first thing is to expand employment-insurance rules so people taking time off for illness, isolation or care can get benefits, including self-employed people, Prof. Milligan suggested. The U.S. stimulus bill centred on those kinds of things.

Secondly, there are measures to keep business afloat, and keep their payrolls going, in tough times. The Bank of Canada and the Office of the Superintendent of Financial Institutions took measures to loosen bank credit last week, and the federal government made an extra $10-billion in credit available in a bid to forestall defaults. But it is not easy to design a stimulus program to give small business immediate financial support. Prof. Milligan said the package must include some measure, perhaps through the tax system, to help small businesses quickly.

Thirdly, there has to be a move to get cash in people’s hands – more or less by sending a cheque to nearly everyone. That’s expensive – it would cost about $10-billion to send a cheque for $1,000 to every household – but doing it one time won’t blow a hole in Canada’s finances, Prof. Milligan noted.

The government can try to target certain groups by funnelling extra money through existing benefits such as the Canada Child Benefit, Prof. Milligan said, but there’s a trade-off between targeting the money and getting it out fast – and fast counts.

The mission for Mr. Morneau is to avoid the temptation to be timid. He won’t give Canadians confidence in the economy with small steps. 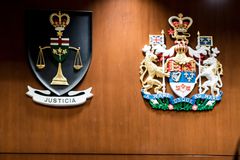 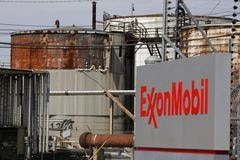