More information is needed about perpetrators of sexual assaults and other sexual misconduct in the military if the Canadian Armed Forces wants to eliminate such behaviour from the ranks, says the head of the military’s sexual-misconduct response centre.

“If we’re going to address this problem writ large, we have to look at every part of the problem,” Denise Preston said Tuesday. “And the people who are committing this behaviour are central to the cause of the problem and to the solution of the problem.”

The Armed Forces has spent the past four years wrestling with how to eradicate sexual assaults and other inappropriate behaviour by establishing new support services for victims, educating service members and promising severe consequences for perpetrators.

Yet, assaults and harassment continue, much to the frustration and anger of senior commanders and normal service members given the damage to the military’s reputation and its effectiveness.

The military’s response to the sexual-misconduct “crisis” since 2014 has been largely reactive, Ms. Preston said, which was to be expected as the Armed Forces scrambled following a series of media articles and a searing independent review.

Now, however, the focus needs to turn toward prevention, she said. That includes not only changing the military’s culture, which it is trying to do, but also cultivating a better understanding of who is responsible for such behaviour – and why.

“So what is it about this small number of people that encourages or promotes them or causes them to commit this behaviour even though there are all kinds of rules and [messages from senior leaders] and directives against it?”

That doesn’t mean the military should stop focusing on victims, said Ms. Preston, whose response centre recently started providing case workers to help those affected by sexual misconduct find counselling and other supports.

The continuing need for victim support was underlined in the response centre’s latest annual report, which said the number of people who contacted the institution last year grew by 20 per cent to 484.

Ms. Preston sees the fact more people called the centre last year as a sign that it’s becoming better known and appreciated within the military community since it was established in September, 2015, independent from the chain of command.

“We certainly don’t interpret that as an escalation in this as an issue within the forces,” she said.

The increase did coincide with what the Canadian Armed Forces says has been a steady decline in the number of complaints lodged by service members with their commanders over the past three years.

Yet, a report from the Canadian Forces’ military police released late last week said there was a marked increase in number of reported sexual assaults: 230 such complaints were filed with military police last year compared to 183 in 2017-18.

Ms. Preston acknowledged one of the main gaps in the military’s efforts to fight sexual misconduct is that different parts of the military have different numbers and information about incidents, which are often not centralized and contradict each other.

The issue has been flagged in the past as a concern and impediment, out of concern the military can’t act if it doesn’t really know what is going on inside its ranks.

“Where we’re weak as an organization is having good, robust, reliable, centralized data,” Ms. Preston said. “And that is definitely a priority for the organization, is figuring out how we do that.” 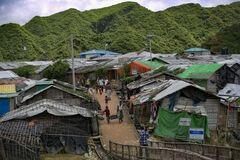 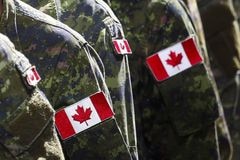 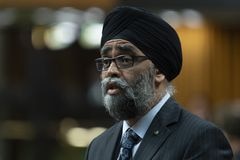