Ontario Premier Doug Ford made a video wishing Charles McVety a happy 60th birthday last year, and two of his cabinet ministers attended a large party marking the occasion for the conservative Christian college president known for his campaign against same-sex marriage.

The Opposition NDP on Monday released photos of the party and the Premier’s video greeting, which were recently deleted from McVety family Facebook pages. The party said in a news release that they show a “cozy relationship" between the Progressive Conservative government and a religious leader the New Democrats label a bigot for expressing homophobic and anti-Muslim views.

The materials were removed in recent days as critics accused the government of doing a favour for Mr. McVety by moving to fast-track approval for his Canada Christian College in Whitby, Ont., to become a university and issue bachelor’s degrees in arts and science. Mr. McVety supported Mr. Ford’s 2018 PC leadership bid.

“Hi Charles! I’m sorry I can’t make it tonight,” a smiling Premier says in the video, the marble columns of Queen’s Park shown behind him. “But I do want to wish you a happy 60th birthday celebration – 40 years of community service, 36 years of faithful service at the Canada Christian College. My friend, happy 60th birthday.”

It is no secret that Mr. McVety and the Premier have been allies, during the leadership race and the subsequent election campaign, and have attended events together. But the photos the NDP released on Monday show Finance Minister Rod Phillips and Associate Minister of Mental Health and Addictions Michael Tibollo at the October, 2019, birthday banquet for Mr. McVety. The NDP said 169 people attended.

The Premier on Monday again denied offering Mr. McVety’s school special treatment. A spokeswoman for Mr. Phillips declined to comment. A spokesman for Mr. Tibollo did not respond to requests for comment.

The PC government put the school’s expansion of its degree-granting powers before the legislature last month in an omnibus bill, along with similar provisions for two other religious schools. But the bill was tabled before Mr. McVety’s application for university status had been reviewed by the province’s Postsecondary Education Quality Assessment Board, which oversees such applications. The government has said it will not proclaim this part of the bill until the process is done.

Ross Romano, the Minister of Training, Colleges and Universities, said the government tabled a similar bill expanding the degree-granting powers of Algoma University in Sault Ste. Marie, Ont., and OCAD University last year – also before they had completed the application process. And Algoma, he said, has still not completed it.

He said he had streamlined the review process for postsecondary institutions so it can be completed in months instead of years. They can now apply for new degree-granting powers directly to the assessment board, instead of the ministry. But the legislature must approve the changes, he said, making the process more transparent.

“This is the best way to ensure there is a fair and accountable process,” Mr. Romano told reporters. “As far as any other sort of allegation of nefariousness or impropriety, I would say … my goal is to be ensuring that there is an objective process that is happening.”

NDP Leader Andrea Horwath told reporters Mr. Romano was “trying to tie himself into pretzels” to explain the government’s move, which she said rewards someone with a “record of hate speech” against gays and lesbians, trans people and Muslims.

Mr. McVety has long opposed same-sex marriage. In 2010, his television show was found to have violated broadcast standards for comments about gay people. The NDP has said in the legislature that he has called Islam a “war machine.”

Asked to comment, Mr. McVety said in an e-mail that the NDP has an anti-Christian bias.

“As it has been stated by many people many times, the NDP hates Christians and believes we are second-class citizens who should be shunned by society,” Mr. McVety wrote. “It is sad that the NDP is being so reckless with the lives of [Canada Christian College] students who are serving marginalized communities in homeless shelters, church outreach programs and nursing homes during the current pandemic.” 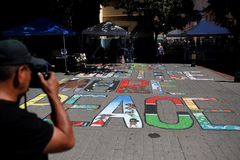 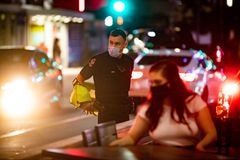