Even as Ontario’s Progressive Conservative government planned to make significant cuts to municipal budgets across the province, it provided $200-million in unsolicited cash to rural communities, with 71 per cent of the money going to ridings represented by the party’s MPPs, a Globe and Mail analysis shows.

The one-time funding, handed to 405 of Ontario’s 444 municipalities, came two weeks before the spring budget, which contained cuts to municipal budgets for public health units and other programs. It also predates a call from Premier Doug Ford that all municipalities come up with 4 per cent in savings from their operational budgets to help the province tame its deficit.

The windfall funding was a welcome surprise to many small town mayors – some of whom say more than two months later that they have still not decided how to spend it.

The government says the money was distributed to rural municipalities based on size – not on how they voted. Municipal Affairs Minister Steve Clark said the funds, which came with no conditions, were intended to help smaller municipalities find more efficient ways to spend.

“Those smallest and those most rural communities, we wanted to give them an incentive to actually have them look at providing those efficiencies,” Mr. Clark said. “I think larger urban communities have more resources to be able to accomplish this.”

If the ridings of Amanda Simard, Jim Wilson and Randy Hillier, who have left or been ejected from the governing caucus since the election, are included as PC ridings, 80 per cent of the funding went to municipalities that elected a Progressive Conservative last year.

The extra cash, which was added into last year’s budget numbers, was handed out before the province’s cuts to municipalities for public health, child care and ambulance services sparked a feud between Mr. Ford and Toronto Mayor John Tory and other big city leaders.

Opposition NDP Leader Andrea Horwath wondered whether the government was trying to keep rural municipal leaders quiet amid the cost-cutting.

“It raises the spectre of massive pork-barrelling,” Ms. Horwath said in an interview. “The question is, is it hush money? Was it an attempt to hush them up and have them not have a negative response to the cuts that came in the budget?”

Finance Minister Vic Fedeli said no political bias was at play, noting that the electoral map of Northern Ontario, where many smaller municipalities got a share of the funds, has plenty of NDP orange.

“I would tell you that there was no political lens put on that when it was done,” he told The Globe’s editorial board recently. “We didn’t pick out the red or the orange communities.”

For weeks after the April budget, Mr. Ford’s government clashed with Mr. Tory and other big-city mayors when budget cuts surfaced that Toronto officials estimate would cost the city $180-million this year alone. The Premier backed off the retroactive cuts for 2019 and agreed to consult municipalities on next year’s cuts.

Gary McNamara, mayor of Tecumseh, Ont., says he was happy his town of 23,000 outside Windsor received about $620,000, calling the money a “pleasant surprise.” New Democrat Percy Hatfield represents the riding.

The cash is a large infusion for a town with an annual operating budget of just $50-million. (To hand the proportionate amount to Toronto, with its $13.5-billion budget, the province would need $167.4-million.)

Mr. McNamara said his council hasn’t decided how to spend all of its grant yet, as the impact of the province’s other cuts is unknown.

But he said it hopes to examine combining some of its procurement with that of its neighbours, and to look into providing services such as pet licensing online or in automated kiosks. Mr. McNamara also hopes to “add amenities” to the town hall, which he said Tecumseh has outgrown, and set up webcasts of council meetings.

The area is represented by PC MPP Andrea Khanjin. Ms. Dollin rejected the idea that the money was a political handout, adding that small municipalities received similar, one-time funding from the Liberals: “My understanding was that the funding was distributed based on the rurality [of your community] and not on what colour your MPP was.”

Because her town is part of the County of Simcoe, which is subject to Ford government’s sweeping review of regional governments, she said it was important to see what changes result before the cash goes out the door. She also said the province’s cuts to public health and conservation authorities would inevitably put pressure on her town’s finances.

One idea being tossed around is to use the extra cash to set up a web portal for town services and tax bills, she said.

“It’s a significant amount,” Ms. Dollin said. “And that’s why we want to make sure we spend it wisely.”

The government says the cash was given only to municipalities that Statistics Canada classifies as at least 25-per-cent rural, with all receiving at least $150,000. Additional amounts depended on the number of households, with the grants maxing out for towns with more than 5,000 households at $725,000. County governments received 50 per cent of grants earmarked for their member municipalities, also up to a maximum of $725,000.

To do the statistical analysis on how the money was distributed, The Globe mapped all the municipalities that received funding. Because riding boundaries and municipal boundaries don’t always overlap, The Globe calculated how much went to each riding by allocating the money equally across the area of a municipality and then dividing it among the ridings it covered on the map. A second analysis was done by associating municipalities with the riding that covered most of their area, which produced similar results. 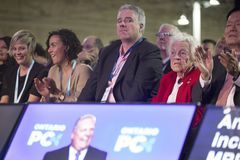 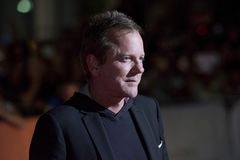 Follow Jeff Gray and Tom Cardoso on Twitter @jeffreybgray @tom_cardoso
Report an error Editorial code of conduct
Due to technical reasons, we have temporarily removed commenting from our articles. We hope to have this fixed soon. Thank you for your patience. If you are looking to give feedback on our new site, please send it along to feedback@globeandmail.com. If you want to write a letter to the editor, please forward to letters@globeandmail.com.
Comments