The Ontario government is poised to allow taller buildings over a larger area in Toronto’s midtown neighbourhood, overriding the city’s own plans – a decision Municipal Affairs Minister Steve Clark acknowledges could further strain relations between Queen’s Park and city hall.

In an interview with The Globe and Mail, Mr. Clark said he intends to send two proposed official plan amendments – one for the development in the city’s midtown, and one for downtown – back to Toronto officials on Wednesday with major revisions meant to address the city’s housing-affordability crisis. To comply with his Progressive Conservative government’s recent policy changes on housing, he says, the city needs to allow even more new housing units than previously planned near public-transit stations.

The minister said additional density near transit stations is needed to “leverage” the government’s $28.5-billion plan for public transit in Toronto, for which the province has so far committed $11.2-billion. That plan includes a second subway extension north into York Region, and major alterations to the city’s proposed downtown relief subway.

Mr. Clark noted that the changes are a very different vision from the city’s. “As a politician, it’s very difficult, because I am looking out for those people who don’t live in those neighbourhoods right now, who don’t have that voice.”

Giving an example of the scale of the changes, Mr. Clark said the city’s midtown plan called for buildings no higher than eight storeys at the corner of Bayview Avenue and Eglinton Avenue East, home to a future station on the tunnelled Crosstown light-rail line, now under construction. He said his revised plan would allow towers 20 to 35 storeys tall at that site, which is near the city’s wealthy, low-rise Leaside neighbourhood. He also said the province’s plans to allow “inclusionary zoning” near transit stations would reserve some of these units for affordable housing.

The two city plans, one for the Yonge-Street-and-Eglinton-Avenue area known as “Midtown in Focus” and the other covering the downtown and called “TOcore,” were originally submitted by the city – after years of work, public consultations and council approval – under the previous Liberal government’s planning framework. Both plans aimed to allow new development but better control it, and allow the city to catch up with infrastructure such as schools, parks, water and sewage and transit.

The province’s rewriting of the plans comes amid a controversy over municipal funding cuts, and after Mr. Ford unilaterally chopped the number of Toronto city councillors almost in half last summer.

Toronto’s midtown is home to an increasing number of high-rises – and has hosted years of bitter fights between developers and residents in its wealthy, low-density neighbourhoods. Josh Matlow, one of the area’s city councillors, is a high-profile critic of Mr. Clark’s recent housing legislation, which the councillor calls a giveaway for developers. But at Queen’s Park, a large part of the affected neighbourhood is represented by a PC MPP, Robin Martin.

Changes to the downtown plan, Mr. Clark said, will loosen the rules it would have imposed on developers in order to increase flexibility and reduce red tape for businesses. Before the downtown TOCore plan was approved by Toronto council, developers complained that its rules on residential development were too restrictive.

Mr. Clark said the city cannot appeal his decisions to revise the midtown and downtown plans. The move comes just before a deadline after which the plans would have been put to the province’s Local Planning Appeal Tribunal.

An internal government memo summarizing the proposal, obtained by The Globe and Mail, notes that city council reduced the densities first proposed by the city’s planners before approving the midtown plan. The memo says the province would scrap the city plan’s current height limits, and consider a larger, 200- to 250-metre area around transit stations as ripe for intensification.

The changes would make the plan more flexible, and remove “prescriptive process requirements” such as access to sunlight, allowing such criteria to be evaluated on a “site by site basis,” the memo reads. And while the province would maintain the city’s requirement for units with multiple bedrooms, it would scrap the minimum square footage requirements in the original plan. A similar memo on the downtown plan says Ontario’s changes would recognize the need for “larger floorplates for some employment buildings” as well as the need for residential uses near university campuses. 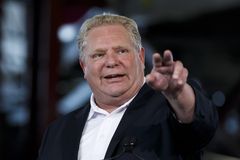 Residents of Toronto Islands confident they can hold back flood ahead of expected rain
June 3, 2019 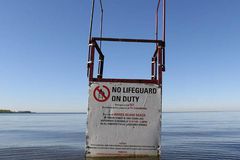 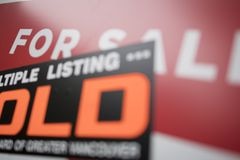