Ontario Premier Doug Ford is promising “no surprises” for municipalities from his government this spring as the Progressive Conservatives prepare their second annual budget a year after they shocked local governments with spending cuts and unilateral decisions.

Speaking to the Rural Ontario Municipalities Association conference on Monday in Toronto, Mr. Ford said he had instructed his government to consult before it makes future changes.

“I’ve told my caucus and our ministers, no surprises. No surprises to municipalities. Just lay it on the line, get their input,” said Mr. Ford, who served as a Toronto councillor during the tumultuous term when his late brother, Rob, was mayor. “Because again, I walked a mile in your shoes, I was a municipal councillor. And nothing I hated more than when [the] province would come up and say ‘do this, do that.’ We need your input. And we appreciate your input.”

Mr. Ford and his ministers have struck a similar collaborative tone for months, ever since the Premier moved to soften retroactive cuts buried in the April, 2019, budget to public health and other programs delivered by municipalities. The cuts sparked a public campaign against him and strong opposition from Toronto Mayor John Tory and other municipal leaders.

The new tone is a marked contrast to the Premier’s attitude when his government took power in June, 2018, and moved quickly, with no consultations, to slash Toronto’s city’s council almost in half in the middle of the civic election, moving to invoke the Constitution’s notwithstanding clause after a court initially ruled against the move.

Since then, the Ontario government has also improved its relationship with the province’s largest city, striking a transit deal that backed off a threat to take over ownership of its entire subway system. It also declined to take on what some municipal politicians had expected to be sweeping changes to regional governments across the province. However, Mr. Ford’s Minister of Transportation, Caroline Mulroney, antagonized local politicians in Hamilton in December by reversing course and cancelling the city’s light-rail transit (LRT) project, saying its cost had spiraled.

The Progressive Conservative government has been careful to appeal to small and rural municipalities, handing out $200-million in surprise funds to small and rural communities for unspecified “modernization” projects just two weeks before last year’s budget.

The Premier, who praised rural Ontarians as “real people,” highlighted his government’s financial support for the areas outside of big cities.

“We’re giving a ton of money away. I feel like Santa Claus here,” Mr. Ford said as he announced investments for job creation and rural broadband and cellular coverage.

He also announced the second phase of his government’s natural gas expansion project, with the goal of reducing energy costs.

Mr. Ford, however, made no mention of the education labour strife that is ramping up across the province this week. In her speech to the conference, NDP Leader Andrea Horwath said students in rural areas are being hurt by school closings and fewer course options.

Also at the conference on Monday, Finance Minister Rod Phillips announced that the government would keep its Ontario Municipal Partnership Fund at $500-million for 2021, the same amount it set last October for 2020. Mr. Phillips said the government had learned from its experience last year, when the province announced changes to the funding for 2019 after many municipalities had set their budgets for the year.

Municipal leaders have welcomed the change in tone. Jamie McGarvey, president of the Association of Municipalities of Ontario and the mayor of Parry Sound, Ont., about 225 kilometres north of Toronto, said relations with Queen’s Park are much calmer than last year.

“I’m really pleased that we’ve come to the position where it’s more conciliatory and we’re having better conversations and consultations,” he said. 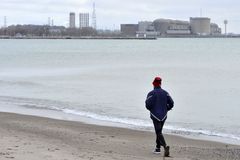