Doug Ford says no one in his office told him that Rod Phillips would be leaving the country, even as newly released e-mails show the Ontario Premier’s top staffers were aware the former finance minister would be away and unavailable in person for five weeks during the COVID-19 pandemic.

Responding to a story in The Globe and Mail, Mr. Ford said Friday he only found out that Mr. Phillips had travelled to the luxury Caribbean island of St. Barts after the former cabinet minister had already left Canada. But e-mails, released by the Ontario Liberals, show that Mr. Ford’s senior staff members, including chief of staff James Wallace, were informed that Mr. Phillips would be away from Toronto and unavailable more than a week before he departed for St. Barts.

“I can tell you no one told me that he’s leaving the country,” Mr. Ford said at a news conference in the backyard of his late mother’s home, where he is self-isolating after a COVID-19 exposure.

The Premier suggested on Friday his office didn’t keep track of the whereabouts of the 71 members of the Progressive Conservative caucus, even as his government was pleading with Ontarians to stay home and not gather for the holidays. “On Christmas, everyone decides to either go to the cottage, maybe travel, but no one ever told me,” he said.

Mr. Ford has said he knew Mr. Phillips was out of the country two weeks before his St. Barts trip became public on Dec. 29, and regretted not calling him home sooner. Mr. Phillips returned to Canada and resigned from cabinet on Jan. 1. He remains a Progressive Conservative MPP for the Toronto-area riding of Ajax.

Asked whether Mr. Phillips might return to cabinet at some point, the Premier did not rule it out. “I don’t discuss any cabinet moves with anyone,” he said.

Mr. Phillips declined an interview request on Friday. On Thursday, he told The Globe the decision to travel to St. Barts was his own and called it “a serious error in judgment.”

Both the Liberals and NDP said it’s not plausible that Mr. Phillips could have left the country without informing Mr. Ford and his office. Liberal Leader Steven Del Duca called it a “pattern of deceit,” while the Ontario NDP accused the Premier of lying about what he knew.

The newly released documents show an e-mail from Mr. Phillips’s former chief of staff, Andrew Sidnell, with the subject line “Minister Phillips Away,” sent on Dec. 4 to Mr. Wallace and Simone Daniels, Mr. Ford’s deputy chief of staff. Mr. Sidnell said his boss “will not be in Toronto and not available in person between the dates of December 12th and January 19th.”

“He will be completely available via teleconference, teams, zoom, etc. and will still be attending cabinet meetings virtually. I think he will let the Premier know directly as well,” Mr. Sidnell wrote. Mr. Phillips departed for the island on Dec. 13. 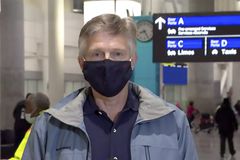 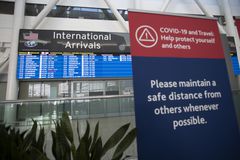 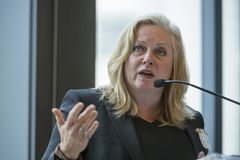