Former Afghanistan hostage Joshua Boyle was angry and domineering in the days following his release from captivity, witnesses told his assault trial Thursday.

Mr. Boyle and his wife, Caitlan Coleman, were seized by extremists during a 2012 backpacking trip to central Asia and rescued five years later by Pakistani forces.

Janice Unger, a Global Affairs Canada official who accompanied them on a plane back to Canada in October, 2017, told the court that at one point during the flight, Mr. Boyle abruptly ordered her and a colleague to stop talking and go back to their seats.

Ms. Coleman’s sister, JoAnn Rotenberry, visited the couple shortly after their return and recalled that Mr. Boyle always seemed angry and frustrated and would speak in a demeaning way to his wife.

Ms. Coleman has testified that her husband spanked, punched and slapped her during their time as hostages, and that his violent ways resumed shortly after their arrival in Canada.

Mr. Boyle was arrested in Ottawa in the early hours of Dec. 31, 2017, after Ms. Coleman told police he had assaulted her on numerous occasions.

Mr. Boyle, 35, has pleaded not guilty in Ontario court to offences against Ms. Coleman including assault, sexual assault and unlawful confinement.

The Crown witnesses who testified Thursday painted a picture of Mr. Boyle as a self-absorbed man who exerted obvious control over his wife.

Ms. Unger remembered Ms. Coleman as a quiet person who did not make a lot of eye contact.

Ms. Coleman and Mr. Boyle would speak to each other, she recalled. “But she would look to him for, I would say, cues.”

Often, Mr. Boyle would use hand gestures to direct his wife’s actions, she said.

Ms. Rotenberry travelled to Ottawa from the United States to visit Ms. Coleman, who had fallen ill, in hospital.

Although his wife was sick, Mr. Boyle expected her to care for their three children, who were present at the hospital, Ms. Rotenberry told the court.

“He would talk demeaningly towards her,” she recalled. “He would say to her, ‘Why don’t you keep the kids quiet?’"

Ms. Rotenberry had expected Ms. Coleman would be stronger and do more to stand up for herself.

“She would sit meekly. She would have her head down. Her tone of voice was demure,” she said. “To me, she just accepted everything that Josh said.”

Ms. Rotenberry said Ms. Coleman told her: “I make some of the decisions, but he makes the majority of them.”

The sisters kept in touch by text and e-mail after Ms. Rotenberry returned to the United States, sharing messages during one stretch of several days because Ms. Coleman “needed to vent,” she said.

Ms. Rotenberry became so concerned for Ms. Coleman at one point that she alerted the U.S. Federal Bureau of Investigation, telling an officer “some sort of safety net” was needed to protect her sister.

Shortly thereafter, Ms. Rotenberry said, she was “cut off completely” and her texts and e-mails to Ms. Coleman went unanswered.

Ms. Rotenberry tried again, sending Ms. Coleman an e-mail inquiring whether she had taken offence at something.

To Ms. Rotenberry’s surprise, Mr. Boyle wrote back to say his wife had not replied because she had been very busy. 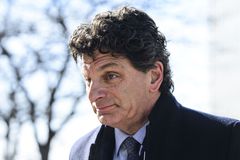 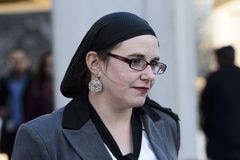 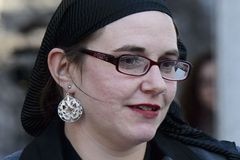