A woman who was briefly a Liberal candidate in the Nova Scotia election says the party asked her to lie about why she dropped out and cite mental health concerns.

Robyn Ingraham said Wednesday in a social media post the real reason she was dropped in the riding of Dartmouth South was because of revealing photos she had posted in the past – photos she said she had disclosed to the party.

“During the application process I was very open about my story and my time in front of photographers’ lenses,” she wrote, noting that she has used multiple platforms to express herself online, including the OnlyFans subscription service. “I explained that I love to show off the artwork on my skin, and I have no problem taking boudoir photos alone and with friends.”

Ingraham said she had explained to a number of people in the party when she applied that if her photos became public, “there would be a teachable moment for the community and province.”

She said she heard from the party Friday night – the eve of the election call – that the photos had become public, adding that the next morning she was told she was being dropped as a candidate. She said she was asked to blame her mental illness as the reason for exiting the campaign.

Ingraham announced Saturday she would not be running, citing “the time commitment and intensity of a campaign and the impact it will have on my mental health.”

But in her social media post Wednesday, Ingraham said she didn’t want to leave that impression with the public. “After sitting with the fact that I let myself and those around me down by hiding behind my mental illness to save something bigger than I – I was furious,” she wrote.

Ingraham, a barber and small business owner, also published an email she said she sent to Liberal Leader Iain Rankin, saying the party had made a mistake by forcing her out. “The misogynistic behaviour of those above you is not tolerable. It’s not my job to make old white men comfortable,” she wrote.

“Once again, I have every right to use ‘my’ body for whatever I want. That includes taking photos and selling them online if I see fit. The faster this government acknowledges and protects us humans, the sooner they will have the support from the province as a whole.”

Rankin, who was campaigning in Sydney, N.S., on Thursday, said he wants to talk to Ingraham before commenting on her allegations.

“I have tried three times to connect with her, and left another voice mail this morning. Respectfully, I think the right thing to do is to wait for that conversation to take place before addressing the issue further,” Rankin said in an emailed statement.

“What I can say is that the Nova Scotia Liberal party embraces people from all backgrounds, and I think you can see that, with almost 40 per cent women on our slate of candidates. I’m going to continue to advocate for equity and diversity and finding candidates from marginalized communities, different backgrounds and life experiences.”

“When you couple the comments from Margaret Miller, who had all kinds of concerns about misogynistic behaviour in the premier’s office there’s a pattern there that people should be concerned about,” he said. Miller did not give a specific reason for leaving but said at the time her decision “does not reflect on my feelings for the party or my hardworking colleagues.”

New Democrat Leader Gary Burrill said his party is committed to ensuring women and gender-diverse candidates are a central part of politics in the province.

“Considering the climate of misogynistic attacks on women candidates, it is incumbent on political parties to stand up for anyone facing attacks to ensure more people from a diversity of backgrounds are able to successfully run for office,” Burrill said in an email Thursday. 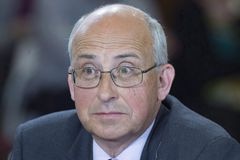 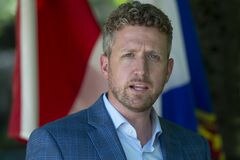