Disgraced former national ski coach Bertrand Charest has decided he won’t appeal his verdict and sentence before the Supreme Court of Canada.

Charest’s lawyer says he’s decided to close the book and focus on the future.

The 54-year-old was initially convicted in 2017 and sentenced to 12 years in prison for various sex crimes against young skiers under his care – including minors – in the 1990s.

He appealed and in August, the Quebec Court of Appeal dropped 21 of the 37 convictions and reduced his sentence by 21 months, but didn’t heed his request to significantly cut his sentence.

After taking into consideration his pre-trial detention, Charest now has four years and nine months left to serve.

Lawyer Antonio Cabral says his client made the decision not to pursue the matter any further based on a number of factors, including the impact challenging a case further can have on eventual parole.

“He did not agree on certain points (of the appeal judgment), but at a certain point, one must choose his battles,” Cabral said.

Quebec’s Director of Criminal and Penal Prosecutions says it is still considering an appeal to the Supreme Court in the case. 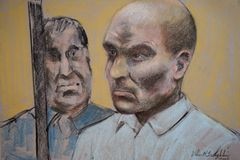 ‘It doesn’t happen overnight’: Sports Minister Kirsty Duncan says there’s a lot of work yet to do to end abuse in sport
Subscriber content
August 19, 2019 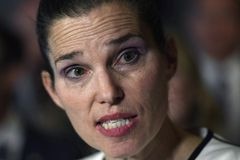