A former Ontario Liberal environment minister says Canada has waited too long for carbon taxes to be a real solution to the country’s emissions woes and must shift its focus to massive government interventions to overhaul Canada’s transportation systems and buildings.

Glen Murray was the minister of environment in Ontario in 2017 when that province introduced its short-lived cap-and-trade carbon pricing system, which was killed off by the new Tory government just over a year later.

Murray, who is now working as a clean tech entrepreneur, says carbon taxes will take too long to work, given how quickly the planet is warming.

Earlier Wednesday, a new report from Canada’s Ecofiscal Commission said carbon pricing is the most cost-effective way for the country to hit its current targets of reducing greenhouse-gas emissions to 30 per cent below 2005 levels by 2030.

The Liberals have said only that they will review the carbon price once it hits $50 in 2022 but have been non-committal about raising it after that.

A federal analysis suggested setting the carbon price at $50 per tonne could achieve about 40 per cent of the emissions cuts needed to meet the existing 2030 goal.

Prime Minister Justin Trudeau said during the election campaign he wants to exceed that target, and put Canada on a path to achieving net-zero emissions by 2050. That would include having any emissions Canada still produces be captured rather than left to linger in the atmosphere.

Carbon prices are generally phased in over time, with the set price increasing usually by no more than $5, $10 or $20 a year.

That gives people and businesses time to make the adjustments that can lower than energy use and ultimately their carbon footprint.

But those adjustments can take time to bear fruit.

“Do we have enough time for incrementalism as slow-motion pricing?” Murray asked. “The answer to that is no.”

Murray said Canada has spent the better part of the last decade mired in political fights over whether carbon taxes or cap-and-trade systems are acceptable and now has “run out runway” to give them a chance.

He also said those battles have left politicians with a lack of willpower to set the price high enough to be truly effective.

Meanwhile, international scientists say the world has to cut greenhouse-gas emissions almost in half by the end of the next decade to avoid catastrophic climate change.

Canada has so far pledged to cut them by about a third and the policies in place – or on the way – leave the country significantly shy of even that.

Murray said the only way for Canada to do its part now is through enormous investments in transportation and buildings.

That could include, he suggested, building a national high-speed rail system to replace short-haul flights on airplanes with train trips, requiring half of all cars sold to be electric by 2030 and then making huge investments to make Canada a go-to place for building them, and making it a priority to retrofit all Canada’s homes and buildings zero-emissions within the next quarter-century.

NDP Leader Jagmeet Singh said carbon prices can work but only if governments also provide people with the alternatives to make cleaner choices.

“If there’s not a better way to heat someone’s home then people are going to be left with just paying more to keep their homes warm,” he said Wednesday.

The Liberal government’s climate package has a wide range of elements, including eliminating coal-fired electricity, forcing the use of cleaner-burning fuels, capturing methane from oil and gas production, as well as incentives to buy new electric cars, investments in public transit and a new building code to reduce energy use in new construction.

But the existing plan, including the carbon tax, still leaves Canada 79 million tonnes short of its 2030 goal, a target most scientists say is nowhere near enough for Canada to contribute to halting climate change. 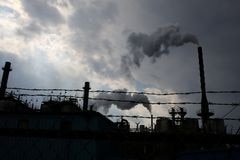 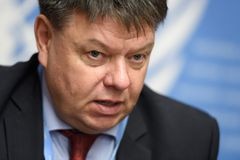 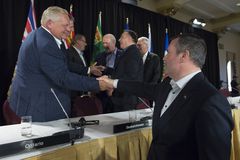