Former Parti Quebecois leader Andre Boisclair was arrested today for the second time and is facing a new charge of sexual assault.

A spokeswoman for the provincial prosecution service, Audrey Roy-Cloutier, confirmed on social media that Boisclair had been questioned by Montreal police.

She said a charge of sexual assault was filed against him and he was released with conditions and a promise to appear in court March 1 in Montreal.

An order is in effect prohibiting the publication of any information that could identify the alleged victim.

In July, he pleaded not guilty to those charges, which were alleged to have occurred on or around Jan. 8, 2014 in Montreal. 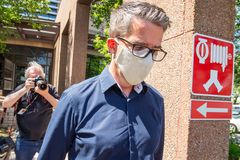 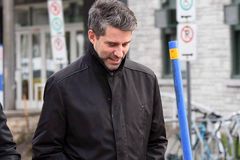