Kathleen Wynne is saying a long goodbye to Queen’s Park, and a quick one to Toronto. The former premier, who announced recently she will not seek re-election in the 2022 campaign, has already moved north to Alliston, Ont., to live in a country home adjoined to her daughter’s house as she plays out the last year-and-a-half of her political career.

She’ll be 69 by the time she leaves the legislature, but even then, she’s not thinking of retiring. “I’ve got lots of work to do between now and the election. And I will be working after the election, I just don’t know what it will be," Ms. Wynne, who still commutes to Queen’s Park, said in an interview with The Globe and Mail.

Still, she wasn’t sure how long she would last after the campaign of June, 2018, when she led the provincial Liberals to a historic defeat, winning just seven seats, including her own.

What is surprising, however, is that she’s still here.

“After the election, I just put it out of mind," Ms. Wynne said. “As the months went on in the legislature, it was clear to me that we were a small, cohesive team and it was helpful for us to stay together.”

The MPP for Don Valley West in Toronto, which she has represented since 2003, is a former school trustee and the first (and only) female premier and first openly gay premier in Ontario’s history. She also became a flashpoint for all of her party’s perceived ills: so much so that she announced days before the 2018 campaign ended that she would not lead her party to victory.

Initially criticized in the House by Premier Doug Ford and the Progressive Conservatives, Ms. Wynne stuck it out, subject to occasional heckles over her party’s high hydro rates and deficit figures. But she also watched the novice Premier stumble in his first year, beset by patronage scandals and communication snafus, only finding his footing as the coronavirus pandemic hit Ontario last spring.

Mr. Ford last week praised Ms. Wynne in the legislature, saying he has the utmost respect for her, calling her a trailblazer. “You’ve walked a mile in my shoes,” he said glowingly. He even rose in a standing ovation, and criticized the NDP for heckling him, later labelling leader Andrea Horwath as nasty and unhappy.

Ms. Wynne said she appreciates the kind words, but not that he went after Ms. Horwath at the same time.

“It’s very nice that the Premier was saying nice things about me … but there’s a lot of negativity that’s passed between us," she said.

Ms. Wynne has been complimentary about Mr. Ford’s handling of the pandemic, too, but said there are some big gaps in the government’s preparedness, including in long-term care and especially on education and reducing class sizes.

“The Premier had to move out of campaigning mode. I think he had to really settle down and govern as a result of the pandemic. That’s been a huge change," she said. "Whether that’s a transformation or whether that’s a veneer, who knows. You’ll have to ask him.”

And she holds nothing back in her critique of Mr. Ford’s friendship with prominent social-conservative supporter Charles McVety, and a new government bill that would expand the ability of Mr. McVety’s evangelical college to grant university degrees even before the government approves its application to do so.

“I’m totally offended. I think it’s ridiculous, and I think it’s probably a political payback," she said. “Premier Ford really used the homophobic, social-conservative voices to work to defeat us and then abandoned them afterwards.”

The Ontario Liberal Party, which now has eight seats in the legislature, is led by former cabinet minister Steven Del Duca. Ms. Wynne said she expects Mr. Del Duca, who does not have a seat, to express a “clear, progressive agenda” in 2022 that includes plans to help the economy recover while focusing on health care and education.

“I certainly will continue to be at the table," she said. "There’s not much light between us. He will lead a party that I will be proud to be part of.”

She will also mentor and help women in politics. It’s even more important for women to run, she said, in the face of a “misogynist, negative” campaign in the United States and after her own experiences with sexism and homophobia in the 2018 election.

“If we don’t stand up to that, if we don’t say that even in spite of that, we’re going to take our place, then those voices win," she said.

“And I’m not prepared to concede that.” 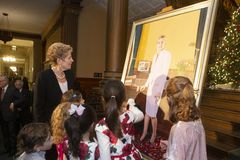 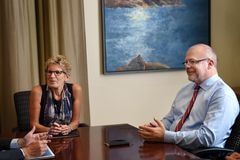 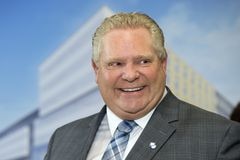