One of the biggest corruption cases in Canadian history came to an abrupt end Friday when the onetime chief executive of Canadian engineering giant SNC-Lavalin admitted he looked the other way while his underlings and health-care bureaucrats swapped secrets for millions of dollars.

On the eve of a major fraud trial that was set to start next week, former SNC-Lavalin Group Inc. chief executive Pierre Duhaime pleaded guilty to breach of trust and was sentenced to serve 20 months house arrest, to perform 240 hours of community service and to make a $200,000 donation to a victims’ services centre.

Mr. Duhaime is the last among the players charged in the Montreal SNC-Lavalin superhospital scandal to be convicted and sentenced. A police investigator described the case as the biggest corruption scandal in Canadian history, one involving players who travelled across the continent and in the highest corridors of Canadian power. The case was among the most brazen of Quebec’s many construction-related corruption scandals that led to the Charbonneau inquiry, its 2015 report, and a series of reforms including the creation of independent watchdogs to scrutinize public contracting.

In a statement presented to the court Friday, Mr. Duhaime admitted to “willful blindness” as SNC executives paid $22.5-million to two top managers of the McGIll University Hospital Centre in exchange for information that would help SNC win $1.3-billion bid to build the new hospital. Mr. Duhaime admitted he was aware a hospital executive passed along privileged information to SNC executives but denied authorizing payments or personally profiting from the exchange.

Robert Rouleau, the deputy director of Quebec prosecutions, said six years of delay had weakened the Crown’s case, leading to a plea bargain. “We make a continuous evaluation of our case, and we understood we needed to change our stance,” he said of the plea deal, which included the Crown dropping 15 counts of fraud and using forged documents. The prosecutor bristled when a reporter asked whether Mr. Duhaime is getting off easy.

“Nobody would like to be in his shoes, going from being a respected CEO to a convicted criminal,” Mr. Rouleau said. “He’s not just walking away unscathed, laughing at the system.”

Defence lawyer Michel Massicotte said Mr. Duhaime did not instigate or authorize the payments and highlighted the price he has already paid. Mr. Duhaime, 64, has no employment prospects and is being sued by SNC for $40-million, the lawyer said. “There’s no chance he’ll offend again and his financial future is far from certain,” he said. “He failed in his duty to intervene but had no direct role in corruption.”

Other players in the scandal who were convicted in the case include former SNC executive Riadh Ben Aïssa, who received 51 months, and former MUHC manager Yanai Elbaz who got 39 months.

Pamela Porter, the wife of Arthur Porter, the man who rose to the highest corridors of power in Canada while taking millions in bribes and died in 2015 while awaiting extradition from Panama, was sentenced to 33 months for money laundering.

Mr. Porter was the charismatic centre of the scandal. He arrived in Montreal amid great fanfare to lead the construction project in 2004, quickly became a fishing buddy of Philippe Couillard, who was health minister at the time and would later become premier. Prime minister Stephen Harper appointed Mr. Porter to head the Security Intelligence Review committee.

When reports of secret payments surfaced in 2011, Mr. Porter resigned from all his Canadian posts and moved to the Bahamas. Police arrested him while he was travelling in 2013 and he spent most of the next two years in a Panamanian jail before dying of cancer.

Two other people charged in the scandal were acquitted.

The SNC-MUHC criminal case is over, but several civil lawsuits are outstanding as the hospital and company try to recover lost money. 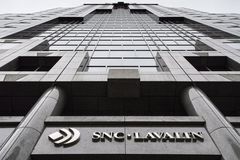