Police in Calgary say a former junior high school teacher charged with sexually assaulting six students between 15 and 20 years ago has died and his death is not believed to be criminal.

Police had said a woman came forward last September alleging that, nearly two decades earlier, a teacher undressed her and other female students during a canoe trip their school did not approve.

Police investigated and found five other women who reported sexual involvement with the same teacher at the Calgary junior high school between 1999 and 2005.

Police alleged Gregory, who taught there between 1986 and 2006, used his position of trust to groom the students and get them into situations in which sexual activities could occur.

Even though Gregory has died, police are still asking anyone with information in the case to come forward.

They say when a suspect dies before an investigation is complete, officers still examine evidence to try to learn what happened.

That allows them to give closure and support to victims, ensure there’s no one else who can be charged and learn how to prevent similar crimes in the future. 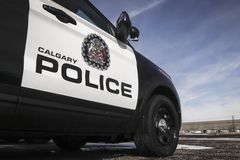