MaCali Cormier, 4, died after she was run over by a float as the town’s annual Christmas Parade of Lights was drawing to a close.

Both Westville and Fall River say they are making safety changes in response, even as the RCMP say they’ve ruled out one possible factor in the Yarmouth tragedy — parked cars.

One Yarmouth eyewitness expressed concerns that parking on both sides of Saturday’s parade route may have obstructed views of children darting back and forth, but RCMP Cpl. Dal Hutchinson discounted that Tuesday.

“I can tell you ... there was no indication of parked vehicles having contributed to this tragic incident,” said Hutchinson.

In light of the tragedy, Westville deputy fire chief Tom Steele said the committee for the town’s Parade of Lights will meet Wednesday to review safety precautions ahead of this Saturday’s event.

“The situation is tragic, and all we can do is assure that we take as much measures as possible to make the parade as safe as possible,” Steele said in an interview.

Steele, who is also the parade chairman, said existing rules prohibit people from getting on and off floats, from throwing candy from floats, and require that people stay a safe distance from floats.

He said the committee is working with police to ensure there is no parking along the parade route, and will add more volunteers to ensure participants and spectators don’t walk beside the floats.

Steele said some parade participants have already decided that younger children won’t be allowed on floats.

“You are going to be seeing that more,” he said. “There’s going to be a lot of rethinking by the participants ... there could be more walking entries versus on floats.”

Westville, a small town of about 3,600 in Pictou County, also holds a large Canada Day parade that draws tens of thousands of people every year.

The Christmas parade is into its 20th year and attracts about 8,000 people. Steele said it provides safety challenges the larger parade doesn’t.

“The summer parade is on a holiday so the roads are cleared off,” said Steele. “This parade some of the businesses are open and plus it is nighttime and your visibility is cut down.”

Paula Beck-MacKenzie, chairwoman of the Dec. 9 Christmas on the Canal Parade of Lights in Fall River, said her committee also met following the tragedy and will require any parade participant under 10 years of age to be accompanied by a parent or guardian, while every young participant will be given a lighted baton to help with visibility.

Beck-MacKenzie said challenges remain because legally they aren’t allowed to shut down streets leading into the parade route.

“So we are working hard right now to see if we can have citizens on patrol because we have pylons and firemen, but the firemen can’t shut down the streets.”

The permits clearly put the responsibility on parade organizers for safety measures, said Brendan Elliott, a spokesman for the Halifax Regional Municipality.

“There has to be an element of safety that we are confident and comfortable with before we grant a permit,” said Elliott.

He said Halifax also has a special events task force that examines larger events such as the Pride parade and the Christmas Parade of Lights. It’s a resource many smaller communities don’t have.

Despite the oversight, Elliott said problems can still occur.

“A couple of years ago during the Pride parade we had a participant that was walking alongside a float have her foot run over. Thankfully, there was no serious injury in that case.”

Yarmouth Mayor Pam Mood said Tuesday the town’s traffic authority issues the permit for the parade just as is done in other small towns across the province. Mood said the application is very basic, asking parade organizers questions about the route, the time of the parade, and the number of people involved.

“There are no policies or anything like that,” she said. “We need to focus on the family for now and then of course we will be looking at how we can do things better.”

Although tragedies like the Yarmouth death are rare, multiple people have been killed during parades in Canada over the last decade.

This summer, a 65-year-old man was struck and killed by a trailer after he fell out of a pickup truck during a Canada Day parade in Abbotsford, B.C., while an 18-year-old man died after being run over following a parade at Toronto’s Caribbean Carnival in 2013.

A 41-year-old man was run over and killed by a Christmas parade float in Carbonear, N.L., in 2011, and a 20-year-old student died after jumping off a flatbed truck and slipping under the wheels during the St. Patrick’s Day parade in Montreal in 2010.

“I think people right now are having a look at their own parade and determining what is the best practice to keep people safe.” 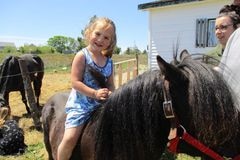 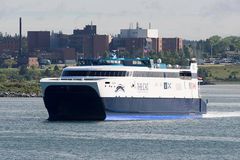 Witnesses describe terror as girl, 4, dies after falling under Santa Claus parade float in Nova Scotia
November 25, 2018
Report an error
Due to technical reasons, we have temporarily removed commenting from our articles. We hope to have this fixed soon. Thank you for your patience. If you are looking to give feedback on our new site, please send it along to feedback@globeandmail.com. If you want to write a letter to the editor, please forward to letters@globeandmail.com.
Comments