Justin Trudeau should not need to spend another federal election campaign convincing Canadians that he has the necessary competence to be prime minister.

Four years ago, he performed well enough out on the trail – especially through five leaders’ debates in which he was often the sharpest person on stage – to lay waste to the Conservative strategy of portraying him as “not ready.” And whatever a leader’s liabilities in opposition, perceived gravitas is not usually a big danger after years spent in the country’s top office, with all the accompanying weight.

But to watch Mr. Trudeau continuing to fumble his way through the SNC-Lavalin affair as it approaches the two-month mark, and to consider lines that could be drawn between his handling of it and other low points of his mandate, is to wonder whether his opponents may take a second stab at arguing he is not up to the job.

Of the many ways in which the saga has cast him in a negative light – from the shadow it has thrown over his ethical standards, to doubts it has sowed about his commitment to empowering women in politics – the one that Liberals have the most trouble pushing back against is what it says about his management style and capabilities.

The affair is arguably traceable to the Prime Minister failing to understand the role of the attorney-general and his proper relationship with that person. And it would not have overtaken his government if he had managed cabinet well enough to know how the minister in that role, Jody Wilson-Raybould, would respond to being shuffled after she refused to yield to pressure placed on her.

Mr. Trudeau’s performance since the story broke has been even more unsettling, competence-wise. Whereas a straightforward and contrite explanation for what happened might have set the matter to rest, he began with now-discredited denials, then flitted from one rationalization to another.

From the comments: ‘A gross, unprecedented mistake by the Trudeau government.’ Readers react to leak over Supreme Court appointment

At points, he has breathed more life into the affair. Many have suspected that included this week’s leaked account of an earlier alleged disagreement with Ms. Wilson-Raybould over a Supreme Court appointment. His office has now denied being behind the leak, but that makes it perplexing why he initially failed to strongly condemn it.

Throughout, he has seemed caught between competing desires to show openness and to play hardball – epitomized by letting Ms. Wilson-Raybould deliver scathing testimony before committee, then refusing to let her go back and thus still managing to get accused of a cover-up – that give him the worst of both worlds.

Some of this might seem alarming only to anyone with a vested interest in his party’s fortunes. But it’s at the point where it should be worrying for any Canadian concerned by other matters of governance for which SNC-Lavalin is leaving no oxygen.

Recently, Andrew Scheer’s Conservatives have begun making that sort of case – highlighting a crisis faced by Canada’s canola farmers, due to Chinese trade restrictions, as an example of something Ottawa can’t strongly take on because of its current dysfunction. That’s a bit disingenuous, since the opposition is naturally doing all it can to keep SNC-Lavalin front and centre, but it could still be effective.

When this year’s election campaign begins, there is a way that the competence issues on display these past seven weeks could be incorporated into a broader case.

Even before this winter, there were some Conservatives who believed it would be possible to mount another in-over-his-head campaign against Mr. Trudeau.

It was arguably the best through-line between seemingly disparate causes of anger or irritation: the disastrous India trip that according to all parties’ research has stuck in many voters’ minds, the purchase of a pipeline shortly before its expansion was halted, the tentative response to a surge in unauthorized border crossings.

And the media has already picked up on enough other issues around the machinery of government, such as slowness filling important appointments and getting money out the door, that a ring of truth to competence accusations could come through in coverage.

Now, the scandal has handed the Tories the best evidence yet that they were on to something when they argued back in 2015 that Mr. Trudeau was not ready.

There are counterarguments he could make – about successfully navigating NAFTA renegotiations, reducing poverty through the government’s revamped child benefit, major federal-provincial accomplishments such as expanding the Canada Pension Plan, and so on. He could also acknowledge (as he flirted with in public comments this week) that he’s learning as he goes along, for which voters might give him credit.

It may be that his opponents will settle on other lines of attack anyway. The more standard opposition play is to claim that an incumbent has turned darker in office, proved disconnected from voters’ needs and priorities. Unlike some of Mr. Trudeau’s other flubs, SNC-Lavalin lends itself to that. And attacking his motives resonates more with a Conservative base that already loathes him than “He means well, but …”

The longer Mr. Trudeau is unable to turn the corner on his current woes, though, the more some voters will be led to questions about his competence even if the Conservatives don’t point them that way. And the more he will have to be ready to relitigate the matter, to again use debates and other platforms to face down doubters about his readiness, four years after stepping into the job. 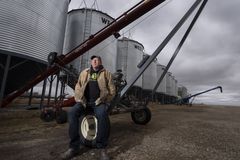 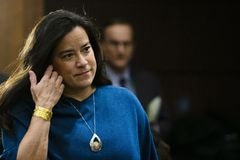 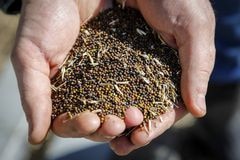