Christie Blatchford’s death was met with an outpouring of affection from the many of those who populated her lively stories. From Supreme Court judges to military grunts, they remembered her as fearless and scrupulous.

I am deeply saddened by the death of Christie Blatchford. Christie was one of this country’s most respected and widely read journalists, and in my case, she was a valued friend of long standing.

Christie was a person of many passions. She had a passion for the courtroom and the workings of our criminal justice system. Through her drive and determination, she gained an understanding of criminal law and procedure that equalled – and often surpassed – that of many criminal law practitioners.

Christie also had a passion for truth and justice. And she was not shy to make her views known about the failings and inequities of a system that in her view, regularly placed a premium on process, at the expense of truth and justice‎; a system encumbered by cumbersome and often antiquated rules and regulations; and a system cluttered with arcane evidentiary principles that served to obfuscate rather than promote the truth.

In this and all other aspects of her life, Christie was a straight shooter‎. She called things as she saw them and let the chips fall where they may. And whether you agreed or disagreed with her, you always knew where you stood with Christie and she with you.

But most of all, Christie had a passion for life. She loved people and she had a deep understanding of the human condition. She also had a love of animals, particularly her many beautiful canine companions that filled her life with joy and happiness. And underneath her sometimes crusty shell‎ lay the heart of a saint. A kinder, more caring and compassionate human being you will never meet.

Christie was one-of-a kind‎ and she will be deeply missed. Today, Canada mourns the loss of a truly great Canadian.

Christie was right out in the thick of things with us. I’m sure she was afraid but didn’t show it. She put her life at risk and there were very few journalists who did that.

After the Battle of the White School took place, she said she was writing a book and wanted to talk with me. We became close after that. She came to my daughter’s baptism. We’ve gotten together several times since. She’s gotten to know my whole family.

There are so many books about Afghanistan. But hers was about us, our stories. For each chapter she captured who we were and what we went through. It was a remarkable book. She wasn’t just interviewing people inside the wire, she went out there and experienced it for herself.

We are all pretty devastated. I had a brief visit with her last weekend. I held her hand. She looked at me with her eyes half open and said, “Oh fuck, Hammy.” I told her I loved her very much.

Christie was the first person in court. She was always in the front seat. She would travel anywhere in this country to shine a light on a case, an issue, that she felt the public needed to see in a justice system when it is so much easier to avert our eyes, make quick judgments or just follow along. She was not a follower. Her opinion was hers, out and open for everyone to see. That is no small thing.

That is where I met Christie, in the courtroom. It is where we both worked, where I got used to her sitting in the front row, where we spent the last 30 years crossing paths, agreeing, disagreeing, but having the same experience and returning over and over to this place.

We have lost a voice, a critical eye, a dissenter, a journalist, an important woman. The courtroom will not be the same without her and for me, I just won’t be able to look at that front row the same way anymore.

She arrived in Kandahar in February of 2006, one of many reporters embedded with our battle group, Task Force Orion, and she quickly began to stand out for her desire to go anywhere and her ability to connect with soldiers. She didn’t care about rough conditions or rough language. There were times when we told reporters the conditions were too dangerous for them and Christie did not accept that. We eventually got permission to take the journalists pretty much anywhere.

Instead of moving on with her life once she got home, she began piecing together the events of war in a way that no one has been able to do. When we read her book Fifteen Days, many soldiers told one another that it was so accurate that it brought it all back. Her gift to the Canadian soldier was to give us a voice with the Canadian people. We felt very connected after she published her article and her book. There was a connection between the soldier and the citizen that had not been there before and hasn’t been there since. We’ll miss her.

Boy, she was a tough cookie. I remember we were out at the Olympics in Salt Lake City and she came in and she was completely covered with snow from running outside. Her glasses were all fogged up and everything. She ran no matter the conditions, I guess.

One time I gave her heck about something and she said to me “Why don’t you go fuck yourself.” I thought that was so funny. She told it like it was, I tell ya. She never got in the trouble I got in, but she sure looked for it. Sort of a kindred spirit.

As she did in every case, she reported on the Holly Jones case accurately and professionally. The whole city was uneasy until Michael Briere was arrested. Her reporting went a long way in helping the city deal with this horrendous murder.

I remember the day of Holly Jones’s funeral, the first person I saw when I walked out of the church was Christie across the packed street first row and we exchanged a smile. I remember when we were executing the search warrant into the home of Briere as I walked out into the heat, the first person I saw was Christie again front row, standing in the heat, getting a sense from the police and the forensic scientists as they came and went. She truly was “THE BEST.”

I first met Christie through Jean’s Marines, a women’s novice running club in Toronto. I was part of what the club coined the “men’s auxiliary.” I’m not sure Christie approved. She barely noticed us and we were a little afraid.

I came to know Christie as I sat in inquest after inquest involving the death of children and youth. I came to know her depth of feeling. I came to know her fierce ability to stand with children. Many at these inquests asked “How could this happen?” Christie in her way, through her tears, did not ask, she demanded. And then she told us. Her outrage searing the page and finding its way into our hearts. Christie wrote what she felt and felt what she wrote. If only we could all have the courage to live our lives that way.

Christie Blatchford is one of the most thoughtful and intelligent people I knew. She had strong opinions that were not always shared by others, including me. But she always respected everyone else’s opinion, which is sadly not so common these days.

She once donated her personal Air Miles to a sexual-assault survivor to attend a parole hearing for the offender. If not for her, the woman would never have been able to attend. The only condition was I never tell anyone. I have not until now.

That was the Christie I will remember – generous, kind-hearted and giving but not one to make it about her.

I’m in shock. Canada has lost one of its most amazing journalists and a fine Canadian.

Wherever our men and women serve, they always wonder if Canadians know what it is they’re doing and what risks they are taking on. She, in an eloquent and folksy way, told the stories of those men and women. Those stories made families proud and let troops know that their sacrifices were being valued.

There was an emotional charge and moral purpose to her work, combined with scrupulous attention to detail and fact. Very few people can pull that off. There was an authenticity to her take on the world, whether a trial in Toronto or something unfolding in a small town, or our mission in Afghanistan. She took us to the place and served up the essence.

It’s an ideal for a journalist, and for all of us, that very few reach. 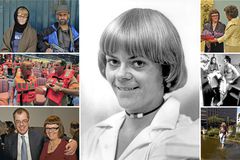 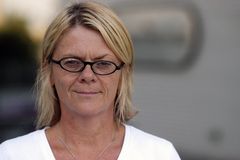 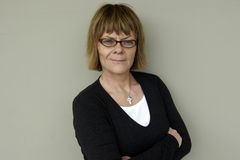