A 30-year-old woman who was among those killed in last week’s van attack in Toronto was remembered Wednesday as someone who was humble about her achievements and always worked to help others.

Anne Marie D’Amico, who was the first of the 10 attack victims to be publicly identified, was laid to rest following a funeral service at the church she attended with her family.

Her brother delivered an emotional eulogy ahead of a Catholic mass at which mourners packed the pews.

“She brought so much warmth and comfort to others,” Nick D’Amico said of his younger sister. “She would go the extra mile showing she cared. She continually did things that had enormous impact because she did everything with her whole heart.”

For instance, he said, after a plate that his mother loved broke, his sister used a broken shard as a guide to hand paint the exact same design onto a new plate to give to her mother as a gift.

His sister also spent much of her vacation time volunteering, doing whatever she could to make others’ lives better, he said.

He also remembered his younger sister as a one-time pool player who played on a team with bravado, and described her winning a game with a particularly impressive shot – sinking two balls at once.

“The most inspiring thing was that Anne Marie never bragged or even talked about that shot,” he said. “When the cards were stacked against her, she turned to her fighting spirit. And when the time was right, she rose to the occasion with patience, courage and talent. She was always able to pull off something amazing.”

Hundreds of people – those who knew D’Amico and those who did not – filled the church and spilled into an overflow area to commemorate the young woman, who worked at Invesco Canada, a U.S.-based investment firm with offices near the scene of the attack.

Some wore two ribbons pinned to their chests – a white one, for victims of violence against women, and a blue one emblazoned with the hashtag “TorontoStrong.”

Before the service began, D’Amico’s family issued a call for others to care for each other in the wake of last week’s tragedy, saying it was what she would have wanted.

“Like springtime, Anne Marie also had a lightness about her, a warmth and a way of being that we miss beyond words and feel deep in our hearts,” said the family’s statement, read out by friend John Simonetti ahead of the funeral.

“We believe it is our obligation to all those affected by this tragedy, especially to those who died, to be better to one another ... that is what Anne Marie would have wanted.”

D’Amico’s family also said they were praying for the loved ones of the others who died last week, as well as for the family of the man charged in the incident.

“We cannot bring back Anne Marie, nor the others that have passed. What we can do, however, is hold on to the kindness, acceptance and the unwavering collective good of our great city,” her family said.

“Anne Marie had a big heart. We have faith that Toronto does, too, and we hope that going forward, as broken hearts heal, we will have conversations. Conversations about how we will collectively learn from this tragedy.”

Alek Minassian, 25, of Richmond Hill, Ont., has been charged with 10 counts of first-degree murder and 13 of attempted murder related to those injured in the attack. Police say they expect to lay another three attempted murder charges against him. 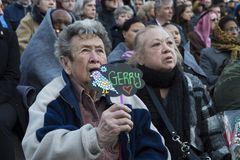 Toronto van attack: The minutes that forever link the victims and bystanders
March 3, 2021 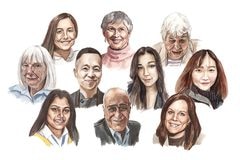 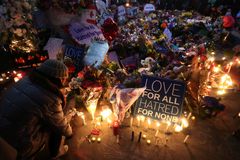