Roughly 1,100 protesters caught up in the largest mass arrests in Canadian history a decade ago are eligible to receive between $5,000 and $24,700 each in the proposed settlement of a class-action lawsuit against the Toronto Police Service.

The police service also committed to more appropriate use of crowd-control techniques, such as giving people warnings and a chance to disperse, than they used on mostly peaceful demonstrators during the Group of 20 meetings of world leaders on June 26 and 27, 2010, in Toronto.

The police also agreed to expunge any records of the protesters’ arrest and detention, unless they were charged with an offence. The vast majority were released without charge. The settlement took 10 years to achieve after the two sides fought the lawsuit’s first stage – certification of the class action – to the Supreme Court of Canada, which took six years.

Police did not admit liability, or acknowledge violating protesters’ rights under the Charter of Rights and Freedoms – although they did promise to respect Charter rights in the future. They also did not entirely forswear the aggressive containment techniques they used in 2010, but said their measures should be proportionate to the risk of harm.

The $16.5-million settlement, if approved by a judge, would bring to a close a widely criticized episode in Canadian policing, when peaceful protesters, and in some cases passersby, were hemmed in by police in riot gear, held in the open for several hours in a relentless downpour, and detained in poor conditions in a makeshift jail.

“It was terrifying,” Sherry Good, the representative plaintiff in the class action, told The Globe and Mail. “It made me very wary of the police. That lasts to today.”

She said she is very happy with the settlement. “The money, of course, is lovely, but it’s the other parts of the settlement that are important to me,” such as commitments to do better in the future.

Lawyers for the protesters, Murray Klippenstein and Eric Gillespie, said the financial settlement is comparable to those reached in similar legal actions in the United States.

“We think most Canadians will recognize that there really have to be limits on police actions, and that this is an example of how not to do things,” Mr. Klippenstein said.

The settlement is to be brought before Ontario Superior Court Justice Edward Belobaba on Oct. 19.

The first day of protests had been marked by violence when black-clad protesters broke away from peaceful demonstrators and burned police cars and broke windows on downtown streets. In response, senior police officers declared that they would take back the streets, said Gerry McNeilly, then Ontario’s independent police review director. He said the actions that followed caused a loss of public confidence in the police.

Lines of riot police boxed in peaceful protesters, a technique known as “kettling,” on crowds along the Esplanade, at Queen Street and Spadina Avenue, the University of Toronto and in Parkdale. In all, roughly 1,100 people were arrested, and large numbers were detained without access to legal counsel, adequate food or water or bathroom privacy, in overcrowded wire cages in a makeshift jail, according to a court document filed on behalf of the protesters in the class action.

The class action, filed that August, sought $45-million in damages from Toronto Police and the federal government (later dropped from the lawsuit), and a court declaration that the police had violated the protesters’ Charter rights.

The proposed settlement does not contain such a declaration. But it does include a commitment to avoid using “containment,” except where necessary to avoid substantial harm to a person, and only after audible warnings have been given, and an opportunity to disperse. Anyone arrested for a breach of the peace must be released as soon as any risk of imminent harm has passed, even if they intend to rejoin a peaceful protest.

If temporary detention facilities are to be used, they should be designed for prompt processing, and they should provide adequate food, water and access to medicine, the document says.

Bill Blair, the federal Public Safety Minister, was Toronto’s police chief at the time. His office declined to comment on the proposed settlement. The Toronto Police Service said in a statement it is pleased to reach a resolution. 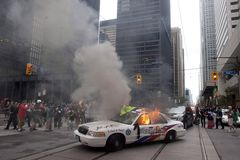 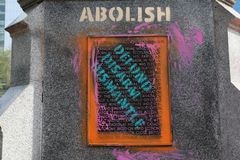 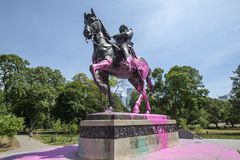