Mary-Claire King studied how women can inherit a susceptibility to breast cancer for nearly two decades before others started paying attention to a possible link between genetics and the disease.

“Being ignored has very nice advantages,” she admits now. “It is possible to work quietly, without distraction, until the results are clear. If one is ignored, one is not pressured to present results prematurely.”

Dr. King is a 2021 recipient of the Canada Gairdner International Award, given to a researcher whose scientific contributions have increased the understanding of biology and disease while also relieving suffering. A geneticist by trade, Dr. King identified a pattern where breast cancer appeared to be more common among women whose mothers had also been afflicted by the illness. She used her background in statistical techniques to establish the presence of a mutated gene in families with histories of breast and ovarian cancers. Called BRCA1, for BReast CAncer-1, this gene was mapped by Dr. King to a specific chromosomal location, establishing a genetic pattern for familial cancer.

This discovery of the BRCA1 gene, and subsequent discovery of a BRCA2 gene by other researchers, broke new ground in our understanding of the basis of susceptibility to breast cancer and led to profound changes in the prevention and treatment of breast and ovarian cancer.

“These changes had a major effect on me, because I am not trained in medicine,” Dr. King said. Her wide-ranging work as a geneticist ranges from discovering that the DNA sequences of humans and chimpanzees are 99 per cent identical, to pioneering the use of DNA sequencing in the human-rights investigations of disappeared children in Argentina. “I was an evolutionary biologist using genetics and math to test new ideas. So as the impact of my work became clear in the mid-1990s, I realized that I would be more effective working in a medical setting, where I could easily partner with people with critical training,” she said.

This realization prompted Dr. King to join the departments of medicine and genome sciences at the University of Washington in 1995, where she continued her work identifying genetic mutations and helped transform not only the ways we diagnose inherited forms of breast cancer, but how we treat them.

Dr. Elizabeth Eisenhauer similarly revolutionized how cancer is treated. Currently the innovation lead at the Kingston Health Sciences Centre, her work in cancer drug delivery and clinical trials has set an international standard for how we administer different forms of treatment.

“By and large, what matters to patients is whether they live longer or whether they have a high quality of life – those are the kinds of questions that require clinical trials to answer,” said Dr. Eisenhauer, who is also a professor at Queen’s University. Among the changes to treatments studied by Dr. Eisenhauer was administering Taxol, a harsh but important cancer-fighting drug, for short periods instead of long infusions. Through clinical trials, this method was proven to be safer and caused fewer side effects.

“I think she’s very much somebody who’s always driven by trying to think of innovative ways to make a difference in health, giving us the best way to deliver care, the safest and the most effective care,” said Dr. Janet Rossant, president and scientific director of the Gairdner Foundation.

Dr. Eisenhauer is the winner of the 2021 Canada Gairdner Wightman Award, given to a Canadian health researcher as an acknowledgment of their leadership and contributions to their field over a career. Dr. Eisenhauer emphasized she was only able to advance cancer care through collaborative work with her colleagues.

“We could all work in little silos and do a few patients at a time, but together we can work as a community and study hundreds of patients at a time and get there faster,” she said, adding that Canadian cancer trials groups were among the first groups in the world to look at quality of life as an outcome for trials, and to engage patients in research. “It wasn’t just that patients were subjects of research, patients were part of how we decide what to do,” she said.

The careers of both Dr. King and Dr. Eisenhauer in a way reflect two aspects of cancer research: in the lab and in the clinic.

“I think both of these women in different ways have made major contributions to, first, our understanding of what cancer is from Dr. King and then in our treatment of cancer from Dr. Eisenhauer,” Dr. Rossant said. 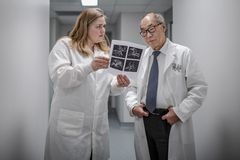 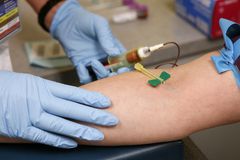 The loneliness of fighting cancer in a pandemic
January 21, 2021