In the early days of Dr. Frances Shepherd’s career, patients with lung cancer faced a grim prognosis. For those with early stage cancer, surgery was the standard and only treatment. Patients with more advanced cancer were given supportive care – treated for their pain and discomfort, and sent home to die.

Over the past 30 years, Dr. Shepherd’s research has opened the door to lung cancer therapies that now prolong patients’ lives and increase cure rates, giving them hope where there previously was none.

Her work has changed treatment standards around the world. An early study she developed demonstrated the benefits of giving patients chemotherapy after surgery. That has contributed to the understanding of a disease for which research funding has often been hard-won.

“It’s been a life’s work of doggedly pursuing new treatments for lung cancer and chasing research money,” says Dr. Shepherd, a professor of medicine at the University of Toronto and senior staff physician at thr Princess Margaret Cancer Centre, where she holds the position of Scott Taylor Chair in Lung Cancer Research.

Focusing on lung cancer has meant battling attitudes toward the disease that skew negative due to its association with cigarette smoking. As a result of that, Dr. Shepherd explains, funding for lung cancer research throughout the West has traditionally lagged behind funding for other cancers and diseases.

Given the number of deaths the disease causes (an average of 58 Canadian deaths per day), the amount of research money devoted to lung cancer “has really been scandalous over the years,” she says.

But for Dr. Shepherd, those efforts have paid off, as she contemplates how far her field has come.

“The changes in lung cancer have been dramatic and incredibly fast. Just keeping up is a full-time job,” she says.

Dr. Shepherd developed an interest in lung cancer as a young doctor during the 1980s and 1990s. Toronto General Hospital, where she started her career, had a world-renowned thoracic surgery team, with leaders such as the late Drs. Frederick “Griff” Pearson and Robert Ginsberg, assessing new techniques and procedures for treating lung cancer. When the head of her department advised Dr. Shepherd she needed a focus to succeed in research, homing her attention in on lung cancer seemed a natural move, she says.

Since then, Dr. Shepherd has designed and led more than 100 clinical trials and has been the author or co-author of 500 peer-reviewed publications.

Among her early coups was the first study she developed as chair of the lung cancer committee of the National Cancer Institute of Canada Clinical Trials Group. That multi-year study, which began in 1994, showed that a new chemotherapy treatment, used as an adjuvant or supplemental treatment after cancer surgery, significantly increased the five-year survival rate of patients with non-small cell lung cancer, the most common type of lung cancer.

“Really, it was the trial that convinced the world that adjuvant chemotherapy prolonged survival and changed the cure rate for lung cancer,” Dr. Shepherd says, explaining that until then, numerous trials failed to show any significant benefit to adding chemotherapy, since earlier drugs were toxic and not active enough. “So this really, really changed practice around the world.”

Moreover, their trial involved the novel creation of a tumour bank, with pathologists from across the country collecting tumour samples that were then frozen so her team could analyze the genes one at a time. That work paved the way for scientists’ ability to now examine thousands of genes at a time and evaluate driver mutations in tumour tissues. Today, thanks to recent technical advances made by others, these mutations can be analyzed even on blood samples.

Another highly influential trial that Dr. Shepherd led in 2005 showed that a new drug, Tarceva, known generically as erlotinib, could prolong the lives of patients with end-stage lung cancer who had no further treatment options. That trial, which helped researchers understand a key pathway involved in the development cancer called the EGFR pathway, marked the beginning of molecularly targeted treatments for lung cancer.

Dr. Shepherd has won numerous accolades over the years, including an appointment as an officer of the Order of Canada. She regards the Canada Gairdner Wightman Award as an extremely special honour that recognizes the role of clinicians like herself in medical discoveries.

The key to her accomplishments throughout her career, she says, has been working with others. “No one can do this job on his or her own. Clinical and laboratory science, they are collaborative efforts.” 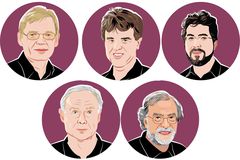 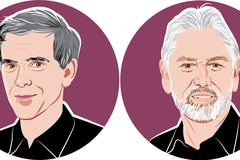