Thousands of homes and vast swaths of forest were consumed by the Horse River Fire that ripped through Fort McMurray in 2016. But if the scale of the destruction was shocking, the fire’s extreme intensity and the speed with which it overwhelmed the Northern Alberta city illustrated a stark risk that experts had worried about for years.

Some of the tens of millions of dollars Alberta spent on wildfire prevention that year helped fund efforts to thin trees around the city, plant less-combustible hardwoods and clear brush from homes, according to a postincident report.

Such precautions are in use across Canada, yet they are based primarily on technical guidelines developed in the United States; few have been validated by scientists to gauge how effective they are in northern, boreal forests.

“What that means is that people really don’t know, because it hasn’t been done,” said Brian Stocks, a wildfire-science specialist and one of several investigators hired to assess the Fort McMurray blaze for the Alberta government.

That knowledge gap is just one of a growing number of blind spots that scientists say jeopardize millions of people and billions of dollars of infrastructure as more intense and frequent wildfires chew through larger tracts of Canada’s forests each year.

Canada has never spent more to combat wildfires, yet efforts to understand and adapt to the fast-evolving hazards have faltered, hampered by the attrition of key researchers and acute funding constraints.

As a result, the country lacks a comprehensive framework for assessing risks. There is no national system that maps where cities, towns and infrastructure are in relation to vegetation, what the fuel loads are and what sort of fire behaviour they might generate.

To be sure, large wildfires serve a natural role in helping to regenerate forest ecosystems. But a combination of climate change, pest infestations, urban development and decades of fire suppression has increased the threat and cost of extreme events, especially in drought-prone Western Canada, researchers say.

This spring’s fires in Alberta burned an area almost twice the size of Prince Edward Island, forced thousands from their homes and led to severe air-quality warnings that affected millions of people in Edmonton and Calgary.

by region, by timeframe

by region, by timeframe 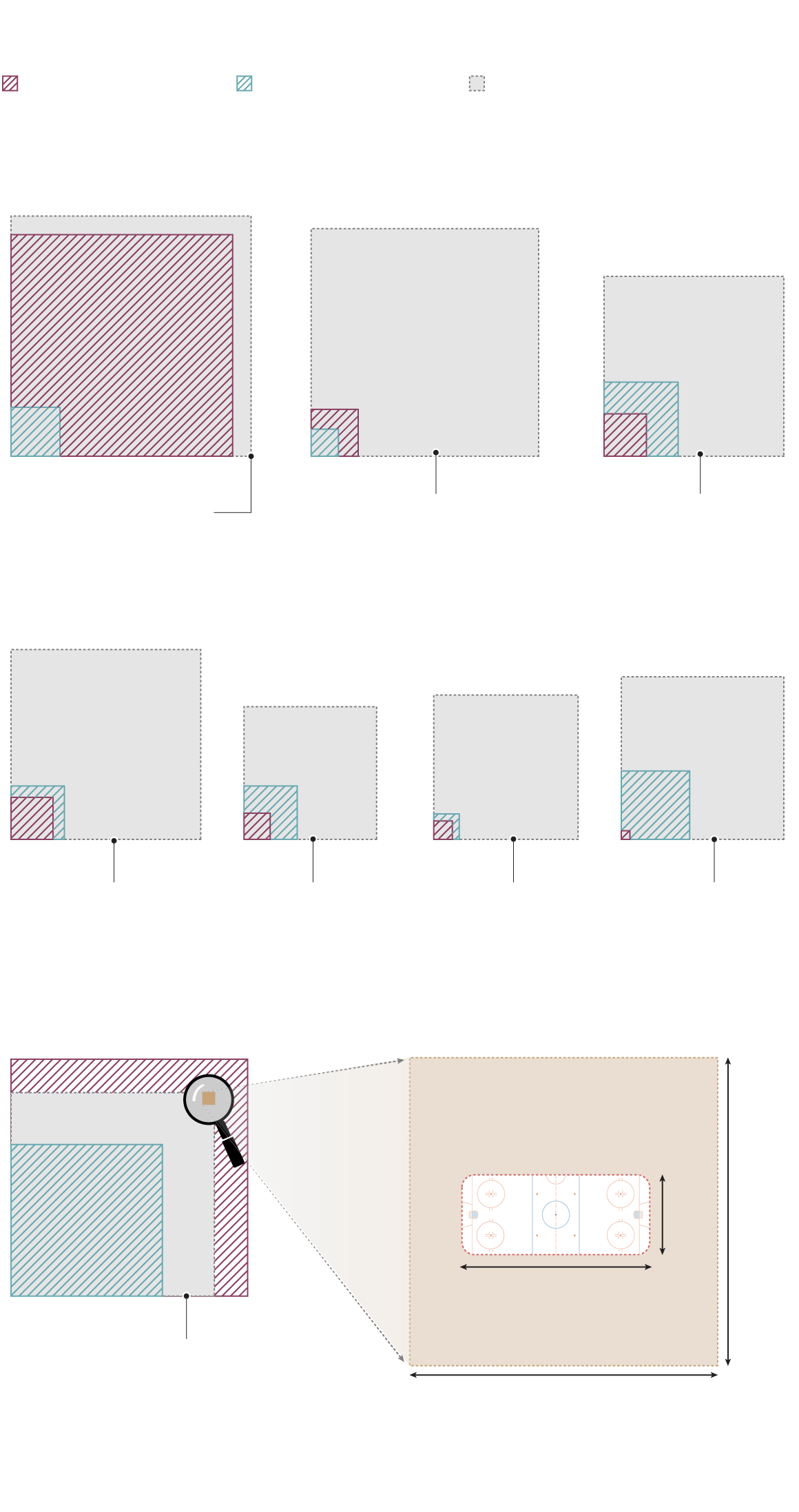 Area consumed by wildfires, by region, by timeframe

Costs to suppress fires have jumped roughly $120-million a decade since the 1970s and now approach $1-billion or more every year, posing a major challenge for cash-strapped governments at all levels. But the primary tool used by provincial wildfire agencies and crews to predict and respond to daily threats, the Canadian Forest Fire Danger Rating System, has not been updated in several decades.

That means it does not account for multiyear droughts or the spread of the mountain pine beetle, an infestation fuelled by rising temperatures that has transformed vast stretches of B.C. and Alberta into a tinderbox.

“The way that fire is playing out in our landscape has changed, and it’s changed in the last decade,” said Lori Daniels, who studies wildfires at the University of British Columbia. “And we really, really need the fundamental science and the applied tools updated so that we can keep up with this problem, so that we can literally adapt as the climate is changing around us. It’s really essential.”

Guidelines designed to keep communities safe are a case in point, although they are far from unique. Known as FireSmart, they are based on U.S. National Fire Protection Association standards that are “untested in northern (boreal forest) conditions,” according to documents published by the non-profit that administers the program in Canada. The recommendations are designed to slow or contain, rather than stop, a fire at the surface before it climbs to the treetops, where it’s almost impossible to corral. In practice, stands of black spruce could be thinned or replaced with leafy aspen, or a fire break could be carved into the forest. While better than doing nothing, researchers say, there’s no telling how effective such measures will be.

In Fort McMurray, investigators found that “vegetation management” in some cases reduced the spread of flames, but was mostly overwhelmed by the fire’s extreme intensity. About 2,600 homes were razed and 80,000 people evacuated in what became Canada’s costliest natural disaster, with insured damages hitting $3.8-billion.

The devastating fire occurred about a decade after the Canadian Council of Forest Ministers agreed to develop a national strategy for combating wildfires, including a pledge to bolster applied research. That commitment was renewed in 2016, but a federal report last year said critical questions remain unanswered. More research is needed to understand links between intensifying fires and Canada’s commitments under the Paris climate accord, for example. Enhanced smoke modelling could inform public-health decisions and emergency planning.

“Canada’s capacity to address these current and emerging challenges is inadequate,” said the report, a 10-year research outlook published by Natural Resources Canada and titled Blueprint for Wildland Fire Science in Canada. “The national capacity for research must increase to ensure that Canada is prepared for a more complex relationship with wildland fire.”

Despite those concerns, researchers say money remains scarce, delaying badly needed upgrades to key information systems. “You have to scrounge around,” said Mike Wotton, a CFS researcher and adjunct professor who is leading an effort to update the danger-rating system. “What could get done in a year takes five years of just waiting for the right combination of resources and time."

The federal government has committed $6-billion to science and innovation, including $1.2-billion for granting councils and research institutes and $140-million for universities. Conservative Party Leader Andrew Scheer has pledged to bolster wildfire detection, but offered no new funding in his environment platform.

Most research today is conducted by a dwindling number of academics and by scientists within the CFS, which operates five research centres across the country. The federal agency employs about 30 scientists, but direct investment in fire has steadily declined since the seventies to about $3.8-million a year, according to Michael Norton, director-general with the CFS Northern Forestry Centre in Edmonton. The bulk of that pays for salaries, he said in an interview.

By comparison, the U.S. Forest Service devoted about US$22-million to wildland fire and fuels research in 2018 and is on track to spend the same this year, a spokesperson said. About US$300-million of its overall budget is allocated to research.

In Canada, Mr. Norton said, there are no accepted or consistently applied methodologies for quantifying fire risks, and spatial data on fuels remains spotty – a major deficit given the total area burned each year has more than doubled since the seventies. “In some areas it’s good, and in other areas it’s almost non-existent," he said.

The Natural Sciences and Engineering Research Council (NSERC) last year awarded about $4.6-million in purported discovery grants for fire research. That’s about double the levels from a decade ago, but still a fraction of the $600-million total handed out by NSERC.

“You have to remember that we’re covering all the natural sciences and engineering disciplines," said Marc Fortin, NSERC’s chief operating officer and vice-president of research partnerships, in an interview. “We really rely on the researchers themselves to put forward proposals," he added.

In June, 2017, UBC’s Prof. Daniels and her colleagues wanted to understand and quantify how suppression, climate change and other human interactions with the forest were leading to more intense fires in B.C. But their grant application was rejected. “One of the responses was there was no economic benefit to the rest of Canada to study this problem in British Columbia,” she said.

“It’s a long process to try to get funding and to try to get buy-in for doing the kind of research that you think is important," said Jen Beverly, an assistant professor of wildland fire at the University of Alberta.

“We don’t have models to really tell us what fire’s going to do in a thin stand versus a more dense stand," she said.

Mr. Fortin would not discuss specific proposals, but insisted that applications are evaluated against a broad set of criteria. He said a new grant system will make it easier for researchers without industry partners to access funds.

Scientists say the need is pressing.

Studies show fires are starting earlier in the year and burning hotter in tinder-dry forests that are increasingly primed for extreme events.

In some areas, fires are so intense and frequent that researchers are now studying a phenomenon called regeneration failure, which sees fewer trees growing back.

Yet there remain gaps in understanding the potential impact of such changes on everything from wildlife to timber harvests and carbon sequestration in forests – and on cities such as Fort McMurray, as they push ever deeper into the Canadian wilderness.

“They might have a beautiful community with 80,000 people in it, but it’s still surrounded by black spruce forest, which is born to burn," Mr. Stocks said.