Much of Stephen Reid’s life was a quest for redemption, undermined by pernicious addictions he eloquently analyzed but could not always overcome. The dedicated husband and parent, also a skilled and evocative writer, had a dark side as a prolific bank robber, who exercised his criminal acumen in heists across North America.

As Mr. Reid himself once wrote, recalling the moments before a chaotic 1999 job at a bank in Victoria, B.C., with an accomplice, “I’ve been a hold-up guy so long I’ve learned the words for ‘On the floor!’ in five languages and two dialects – Mandarin and Cantonese, for the casinos.”

During the 1970s, he was legendary for his skill as one of three members of the Stopwatch Gang, who were eventually caught by the FBI after robbing about $15-million from 100 banks. While serving a 21-year prison sentence at the Kent maximum-security institute in Agassiz, B.C., Mr. Reid wrote the novel Jackrabbit Parole, a story that touched on aspects of his life experience whose manuscript came to the attention of Susan Musgrave, a poet and novelist who married Mr. Reid in 1986, a year before he was released.

After years of married life, becoming a father and serving on boards of such organizations as the John Howard Society and PEN Canada, in 1999, Mr. Reid, charged up into what his lawyer described as a “complete, cocaine-induced psychosis,” robbed a bank with a frenzy that was at odds with his previous finesse. During the robbery, Mr. Reid pointed a loaded shotgun at employees and customers in the bank, opened fire with a .44 Magnum handgun on pursuing police and shot at – but missed – a woman who was an innocent bystander. Mr. Reid was soon captured.

“I committed the worst bank robbery in my life, an unprofessional, unprovoked act of violence. It cost me an 18-year sentence, and nearly cost some people their lives,” Mr. Reid wrote in an essay in A Crowbar in the Buddhist Garden: Writing from Prison, a collection published in 2012.

Allan Forrie, whose Thistledown Press published the book, says he isn’t sure Mr. Reid ever reconciled the two sides of his nature. “I think he was constantly struggling to find a way to redeem himself and I don’t think he ever reconciled his criminal activities and his desire for a normal life,” Mr. Forrie said.

Mr. Reid’s swing between grace and sin ended this week, three years after he received statutory release on his sentence for the Victoria robbery, with his death on Tuesday at the age of 68.

In a statement, Ms. Musgrave said he had been admitted to hospital in Masset, where they lived, on June 8, and diagnosed with lung infection and heart failure.

By the time an air ambulance was available, Mr. Reid was in third-stage heart block. “Despite the best attempts by Masset medical staff and Vancouver paramedics to save him, he was gone,” wrote Ms. Musgrave, who was married to Mr. Reid for 31 years.

“The day he was admitted to the hospital, seven killer whales came in to the inlet. The Haida First Nations belief is that when a killer whale is seen in the inlet, it means that someone is going to die. On Friday, there were seven,” said Ms. Musgrave, who did not respond to a request for further comment.

Singer Terry Jacks, well known for his 1974 hit song Seasons in the Sun, got to know Mr. Reid because he lived near Mr. Reid’s family “Anytime, I ran across him, we’d shake hands and say, ‘Hi’ and do small talk. He was very friendly and likeable,” Mr. Jacks said.

The singer was aware of Mr. Reid’s criminal history, but says it was a non-issue in their encounters. “His past speaks for itself. That doesn’t mean people can’t change.”

Mr. Reid was born on March 13 in 1950 in Massey, a northern Ontario community, according to The Canadian Encylopedia, which also says he was the second of nine children of Douglas Reid and Sylvia Shiels. His father was often away, initially in the army, then in northern lumber camps, and then in the mines. Of his mother, he wrote that she was “buried in a pile of laundry.” She was also a teacher’s aide at the local elementary school, according to The Stopwatch Gang, an account of the gang’s illegal efforts, written by Greg Weston.

Living on the Haida Gwaii islands in northwestern B.C., Mr. Reid appeared to be in grace and is remembered as an affable member of the community.

Mr. Reid writes that he was introduced to drugs – morphine – by a doctor, who began sexually abusing him when he was 11. He had been an A student, but eventually, as a teen, travelled to Vancouver for drugs, returned to Ontario and engaged in criminal activity to support a heroin and cocaine addiction.

In the early 1970s, Mr. Reid met Patrick Mitchell and Lionel Wright and they decided to become the Stopwatch Gang – a tag they earned because of their habit of wearing stopwatches to help them execute their robberies in under 90 seconds.

“We stole millions of dollars, racked up nine escapes between the three of us, and made the Most Wanted list in two countries,” Mr. Reid wrote. The FBI caught him in Arizona in 1980. He was eventually returned to Canada to serve a sentence for an Ottawa gold robbery worth $750,000. He was granted full parole in 1987.

“He was a devoted family man and prisoner advocate for decades until suddenly, because of his addictions, he wasn’t, and ended up in prison again. It broke our hearts,” Denise Bukowski, Mr. Reid’s agent, wrote in an e-mail exchange.

Although he was granted day parole in 2008, it was revoked in 2010 after he was caught driving an uninsured vehicle with bags of contraband U.S cigarettes.

“In my opinion, he never learned how to live outside prison. That last crime he committed was, to me, a cry for help, a plea to be taken back where he was most comfortable,” Ms. Bukowski wrote.

Mr. Reid has written that his Victoria heist in 1999 came after a renewed embrace of drugs that included a trip to Toronto to secure cocaine from friends there.

In 2013, while serving his final sentence, he was awarded the City of Victoria Butler Book Prize for Crowbar. The three-member jury praised Mr. Reid’s work as “prison ethnography taut with wit and humanity.” Mr. Reid was granted statutory release in 2015.

He wrote that he had always returned to the needle and spoon with a “childish thirst, a self-centred insistence that I can attain utopia.” But he added that he had never been able to find sustained utopia or grace.

“I had moments where grace visited. It came unexpectedly, and remained ever so briefly,” Mr. Reid wrote.

The lawyer who defended Mr. Reid on the Victoria charges said Mr. Reid stood out from other clients in the sincerity of his relentless contrition.

“A lot of times you act for people of that ilk and pretty much everything is, in some way or another, everybody else’s fault,” Dennis Murray said in an interview.

“In my dealings with him, once he sobered up, he felt terrible for pretty much everything he had done. He couldn’t believe he had done it. I thought it was genuine.”

Mr. Murray said Mr. Reid exemplified the reality that good people can do bad things. “That’s a pretty universal truth for all of us, but his was a more extreme example. I think that’s what people ought to remember.” 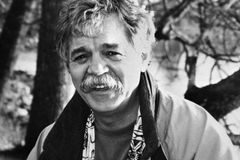